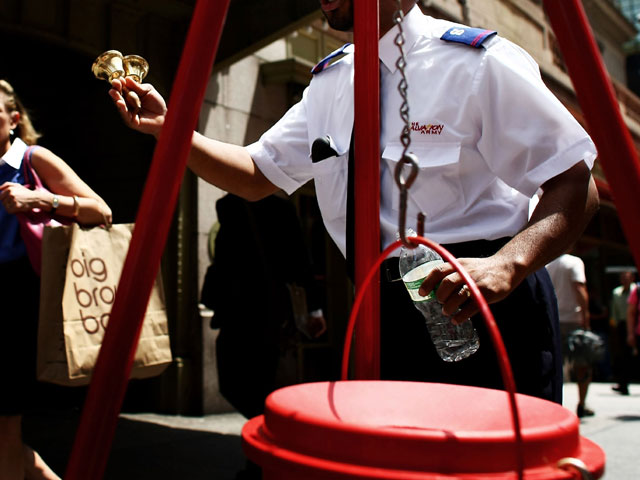 According to a police report obtained by the station, officers responded to a call regarding indecent exposure at a Kingsport Food City location just before 4 p.m. Thursday.

A man reportedly told them that a young child had walked up to the bucket and donated money. As the child walked away, the bell ringer allegedly lifted up his red apron, according to WJHL.

The witness said that the bell ringer's genitals were fully exposed. The witness reportedly said that he quickly escorted the child away from the offender and called police.

Police then spoke with the man -- identified as 61-years-old William Martin -- who denied any wrong doing and told them he had been at the donation stand since 11 a.m. Thursday.

According to the police report, officers checked the surveillance video, which showed Martin apparently fondling himself at one point. However, reportedly it was difficult to determine whether he had indeed lifted his apron when the child walked up to him.