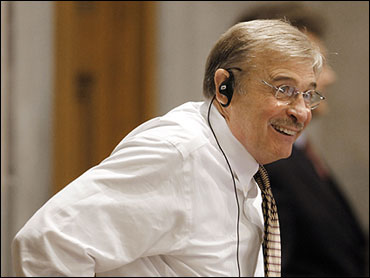 Handguns will soon be allowed in bars and restaurants in Tennessee under a new law passed by state legislators who voted to override the governor's veto.

The legislation that takes effect July 14 retains an existing ban on consuming alcohol while carrying a handgun, and restaurant owners can still opt to ban weapons from their establishments.

Thirty-seven other states have similar laws.

The state Senate voted 21-9 on Thursday against Democratic Gov. Phil Bredesen's veto, a day after the House also voted 69-27 to override.

They overrode critics, including Bredesen, who said it's a bad idea to have guns and alcohol in close proximity.

Of the roughly 218,000 handgun permit holders in Tennessee, 278 had their permits revoked last year, records show. Since 2005, state records shows nearly 1,200 people have lost their permits.

Revocations are issued for felony convictions, while permits can be suspended for pending criminal charges or for court orders of protection.

Sen. Andy Berke, D-Chattanooga, was the only senator to speak against overriding the veto Thursday.

"I believe that we should follow the governor and rethink what we have done," he said.

The law, which was supported by the National Rifle Association, has been successful in other states, its chief lobbyist said.

"Of those 37 states, not one state has attempted to repeal or amend those statutes because they've been successful," Chris Cox said.

Bredesen spokeswoman Lydia Lenker said after Wednesday's House vote that the Democratic governor expected an override when he vetoed the legislation last week.

Following Thursday's Senate vote, Bredesen, who is a gun owner and hunter, reiterated his stance to reporters.