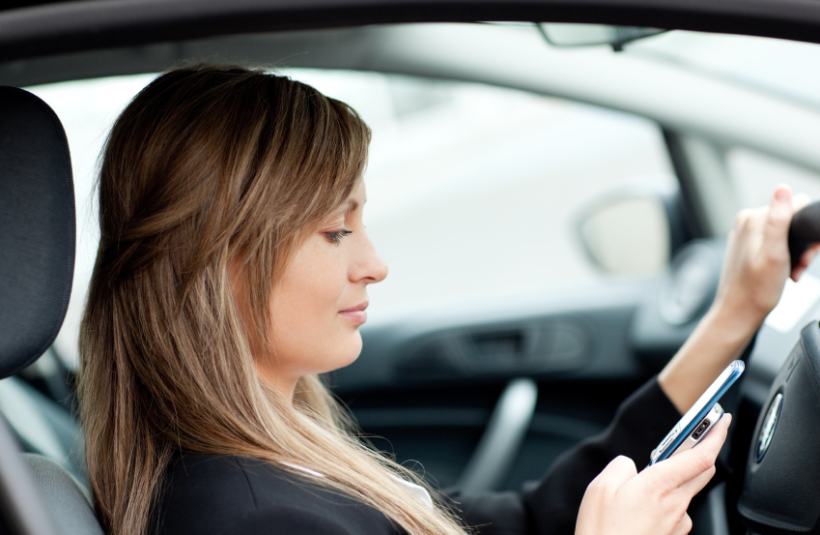 When researchers at Detroit's Wayne State University put 50 drivers on the road and observed them while they steered with one hand and typed out text messages with the other, they found that half of them drifted into the next lane in the process.

As they dug further into the data, they realized something surprising: Older, more experienced drivers were significantly more likely to make this mistake than younger drivers. And the older the driver, the worse the performance.

One hundred percent of drivers between the ages of 45 and 59 made so-called "lane excursions" while texting, and 80 percent of those in their mid-thirties to mid-forties did. Participants between 25 and 34 were half as likely to swerve, and amazingly, only 25 percent of young adults between 18 and 24 were unable to stay in their lane.

"Generally, people believe that younger drivers are more easily distracted and therefore would be more susceptible to the dangers of texting and driving," said pharmaceutical professor Randall Commissaris, one of the study authors. "However, our study -- which included drivers ranging in age from 18 to 59 -- demonstrated just the opposite. Although texting while driving had a negative impact on drivers of all ages, younger drivers were less distracted by texting, and older drivers' performance was much worse because of their texting."

According to the National Highway Traffic Safety Administration, younger, inexperienced drivers (those under 20 years old) have the highest proportion of distraction-related fatal crashes.

And over all, young drivers have worse track records than their more seasoned counterparts. In 2012, teen drivers made up only 6.4 percent of drivers, but accounted for 10 percent of accident deaths.

In a study of 42 newly-licensed drivers published in the American Journal of Public Health in 2011, novice drivers were four times more likely than their parents to have an accident or near accident. But this new study might make you wonder what would have happened if they'd each been given a cell phone and told to text.

Although the researchers only enlisted participants who owned smartphones, were proficient at texting with one hand and said they were "prolific texters," they believe that the results could mean that older drivers spent more time looking at the phone in the texting process. (Given how second nature texting is to most teens and young adults, this sounds perfectly plausible.)

It could also have been that they were less able to meet the cognitive demands of the multitasking, the researchers posited.

"There is a perception that more-experienced drivers can text and drive more safely because they can manage distractions better than less-experienced drivers," said Doreen Head, another author on the study. "Not only are adults sending the wrong message because they are telling young people to do as they say, not as they do, but they are also putting themselves and others in harm's way."