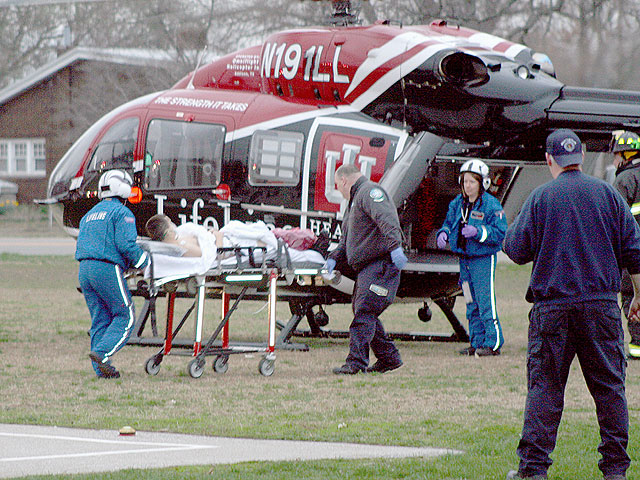 The teens both attend Martinsville West Middle School, about 30 miles south of Indianapolis, Sgt. Curt Durnil said. The boy in custody had been suspended and expelled earlier this week, and it wasn't clear how he got inside the school, he said.

Police said the suspect shot Chance Jackson, also 15, in the stomach. Jackson was airlifted to the Methodist Hospital in Indianapolis where he underwent surgery.

His family said he was in stable condition.

"We appreciate all of the thoughts, prayers and support and ask that you also pray for the families of all involved," the family said in a statement released by the hospital.

One neighbor reported hearing two gunshots, but Martinsville Police Chief Jon Davis said he did not know how many times the victim was shot.

Police told WTHR-TV that the suspect gave them information that led them to the gun used in the shooting. Durnil said no one else was believed involved.

It was not immediately clear what prompted the shooting just after 7 a.m., about 20 minutes before classes usually begin.

"We have no motive at all at this point. We're talking to witnesses and schools officials to get to the bottom of it," Durnil said.

WTHR-TV in Indianapolis said police believe the shooting stemmed from a dispute that started at a school dance last weekend.

"We're still looking at all angles, to be sure," Durnil said.