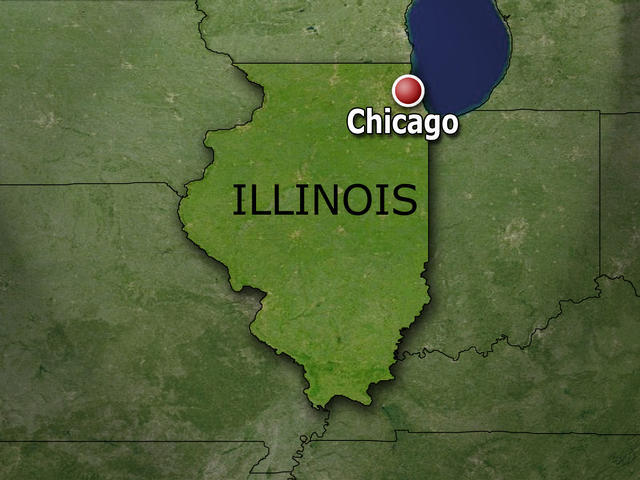 (CBS/AP) Undercover FBI agents arrested an 18-year-old American man who tried to detonate what he believed was a car bomb outside a downtown Chicago bar, federal prosecutors said Saturday.

Adel Daoud, a U.S. citizen from the Chicago suburb of Hillside, was arrested Friday night in an undercover operation in which agents pretending to be terrorists provided him with a phony car bomb.

The U.S. Attorney's Office in Chicago, which announced the arrest Saturday, said the device was harmless and the public was never at risk.

Daoud is charged with attempting to use a weapon of mass destruction and attempting to damage and destroy a building with an explosive.

Daoud's father, Ahmed, spoke to CBS News by phone and said that Friday night was the last time he saw his son. "I don't know, maybe you could tell me. I don't understand what he's done."

Daoud's sister, who did not want to be identified, told CBS News: "He would never do anything like that. He's only 18. He's at home all the time. This is out of thin air. I appreciate the information, but do not call us anymore."

The FBI began monitoring Daoud after he posted material online about violent jihad and the killing of Americans, federal prosecutors said.

In May, two undercover FBI agents contacted Daoud in response to the postings and exchanged several electronic messages with him in which he expressed an interest in engaging in violent jihad in the United States or abroad, according to an affidavit by an FBI special agent.

Prosecutors say that after being introduced to an undercover FBI agent who claimed to be a terrorist living in New York, Daoud set about identifying 29 potential targets, including military recruiting centers, bars, malls and tourist attractions in Chicago.

Shortly after 7 p.m. Friday, Daoud met in the suburb of Villa Park with the undercover agent who claimed to be from New York, and the two drove to downtown Chicago, where the restaurants and bars were packed with workers ringing in the weekend on a pleasantly warm evening. According to the affidavit, they entered a parking lot where a Jeep Cherokee containing the phony bomb was parked.

Daoud drove the vehicle and parked in front of a bar that was among the pre-selected targets, then walked a block away and attempted to detonate the device by pressing a triggering mechanism in the presence of the agent, according to the affidavit. He was then arrested.

The court documents do not identify the bar.

Prosecutors said Daoud was offered several chances to change his mind and walk away from the plot.

The affidavit said the Daoud was active in jihadist Internet forums and was accessing articles written by Anwar al-Awlaki, the U.S.-born radical cleric who became a key figure in the Yemen-based al Qaeda offshoot known as al Qaeda in the Arabian Peninsula.

Al-Awlaki was killed in a U.S. drone strike in Yemen last year.

In his communications with one of the FBI agents about possible targets, Daoud allegedly said he wanted to carry out an attack that would kill a large number of people.