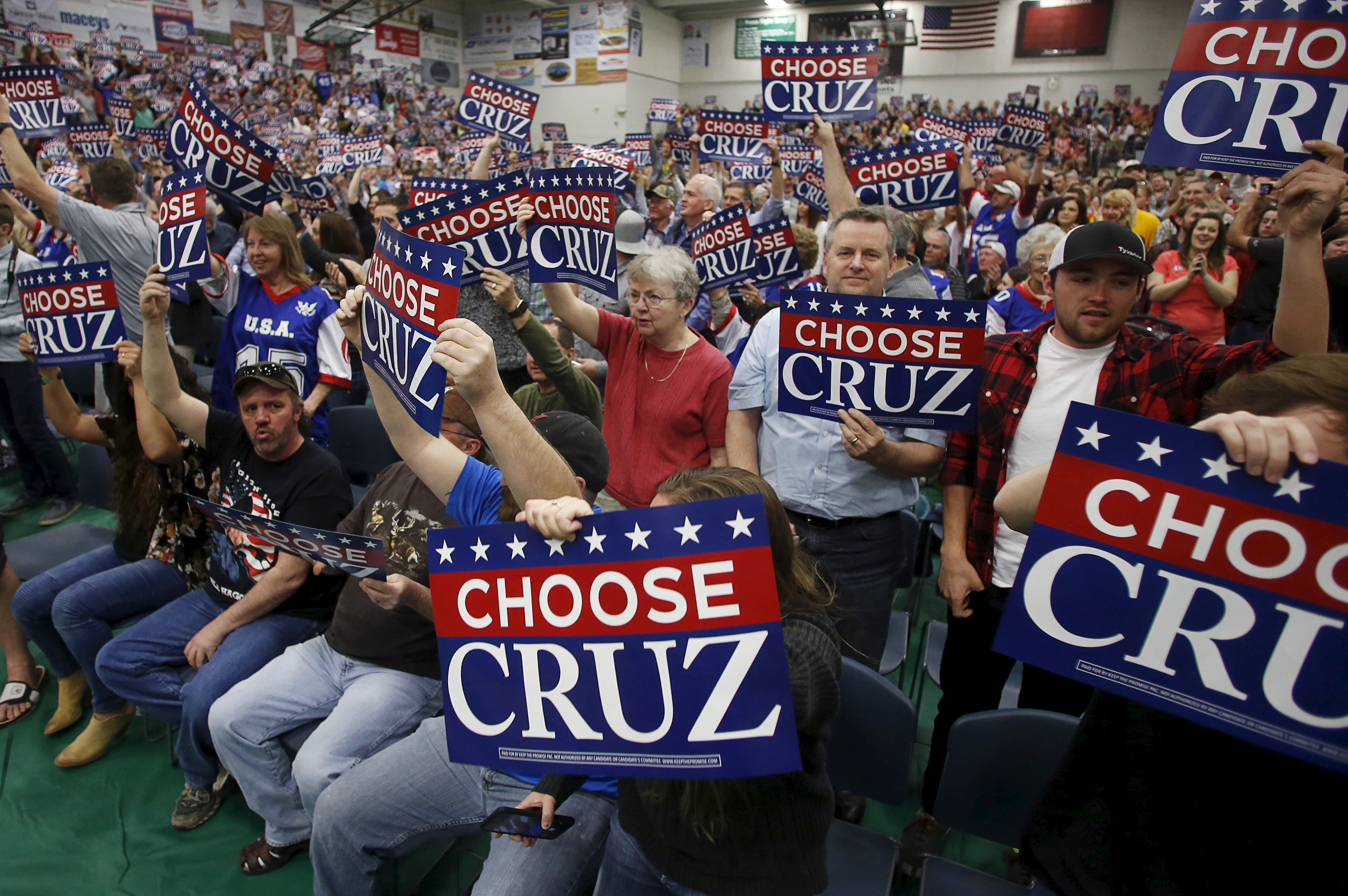 Ted Cruz, long thought of as one of the GOP's most ideological and uncompromising senators, is now running as the "electable" Republican candidate, a term he once shunned, in his campaign against Republican front-runner Donald Trump.

And to that point, Cruz points out that much of the party leadership he fought with as a senator is now coming around to his side.

"I've never had an event hosted by someone who three weeks earlier publicly called for my murder," Cruz observed last Wednesday morning. Citing it as an example of Republicans unifying behind his campaign, Cruz explained to an audience of Manhattan Republicans the strange situation when Senator Lindsey Graham recently headlined a fundraiser for him.

Why was it strange? Because just a few weeks earlier, Graham, a persistent Cruz critic, had joked that someone could kill Cruz and be acquitted by a jury composed of senators.

With a bombastic billionaire as a foil, Cruz, who began the election a year ago on as an insurgent with a stump speech that urged voters to "run and hide" if they saw a "candidate who Washington embraces," keeps racking up high-profile endorsements.

The Texas Senator makes the case, as he has done since Iowa, that he is drawing "Reagan Democrats", libertarians, and religious conservatives at the polls. But just as central to his pitch is that Donald Trump is unelectable next November, leaving Cruz as the only alternative for what he claims is the 65-70 percent of Republicans who don't want Trump as the nominee.

At rallies he usually derides Trump as the "one person on the face of the Earth that Hillary Clinton can beat in the general election." There's some evidence to support this point: A CBS News/New York Times poll released last Monday showed that Democratic front runner Hillary Clinton leads Trump by 10 points, 50-40, in a head-to-head contest and Cruz by a much smaller 3 point margin, 47-44. Meanwhile, Ohio Governor John Kasich, who lags far behind Trump and Cruz in Republican primary delegates, leads Clinton by 4 points, 47 to 43.

But that same poll indicated that Cruz is still having trouble expanding on his appeal to Republican primary voters. "Donald Trump continues to dominate his rivals among nearly every demographic group," the poll found. "He leads among Republicans and independents, men and women, white evangelicals, both moderates and conservatives - including very conservative voters - and Americans of all income levels."

Unsurprisingly, Trump rejects the argument that he is unelectable, citing his appeal in traditionally blue states like his home state of New York. In an interview on Fox News on last Monday, Trump promised he is "the one person" the Democrats don't want to run against because he "going to win."

In the beginning of the year, it was Cruz who discounted the electability factor when rivals like Marco Rubio were making the case that the Texan couldn't win a general election.

"You will hear a thousand times a day on every network that he's the electable one," Cruz said of Rubio while campaigning in New Hampshire, telling one voter deciding between the two Cuban American Senators, "You're always the electable one until you win the nomination."

At a January stop in Storm Lake, Iowa, he warned voters that if the party nominated someone "in the mold of a Bob Dole or John McCain or Mitt Romney," i.e. establishment favorites who would seem to be strong general election contenders, the party would continue to lose.

Yet in a sign that Republican establishmentarians are now coalescing behind Cruz, last week Former Florida Governor Jeb Bush became the fourth former 2016 presidential candidate to back the Texas Senator following Rick Perry, Carly Fiorina, and Lindsey Graham. Mitt Romney, the GOP's 2012 standard bearer, has also encouraged Republicans to head to the polls for Cruz.

"In the last 10 days our campaign has been supported by Jeb Bush, Mitt Romney, Lindsey Graham, Mike Lee, and Mark Levin," Cruz bragged last week. He also blitzed the network and cable morning shows touting the Jeb Bush endorsement, calling it an indication that "we are seeing Republicans uniting behind our campaign".

That's another turn for the one-time underdog candidate, who in January run-up to the Iowa Caucus insisted he had no interest in establishment support. "Let me encourage other members of the establishment, keep supporting Donald Trump," he defiantly said at one point. "Because every time you do it, it's telling conservatives all over the country where you stand and who stands with you."

"Our campaign is about addition, not subtraction, and so as people see our message they understand that we're the campaign that can take on Donald Trump and beat him head to head."