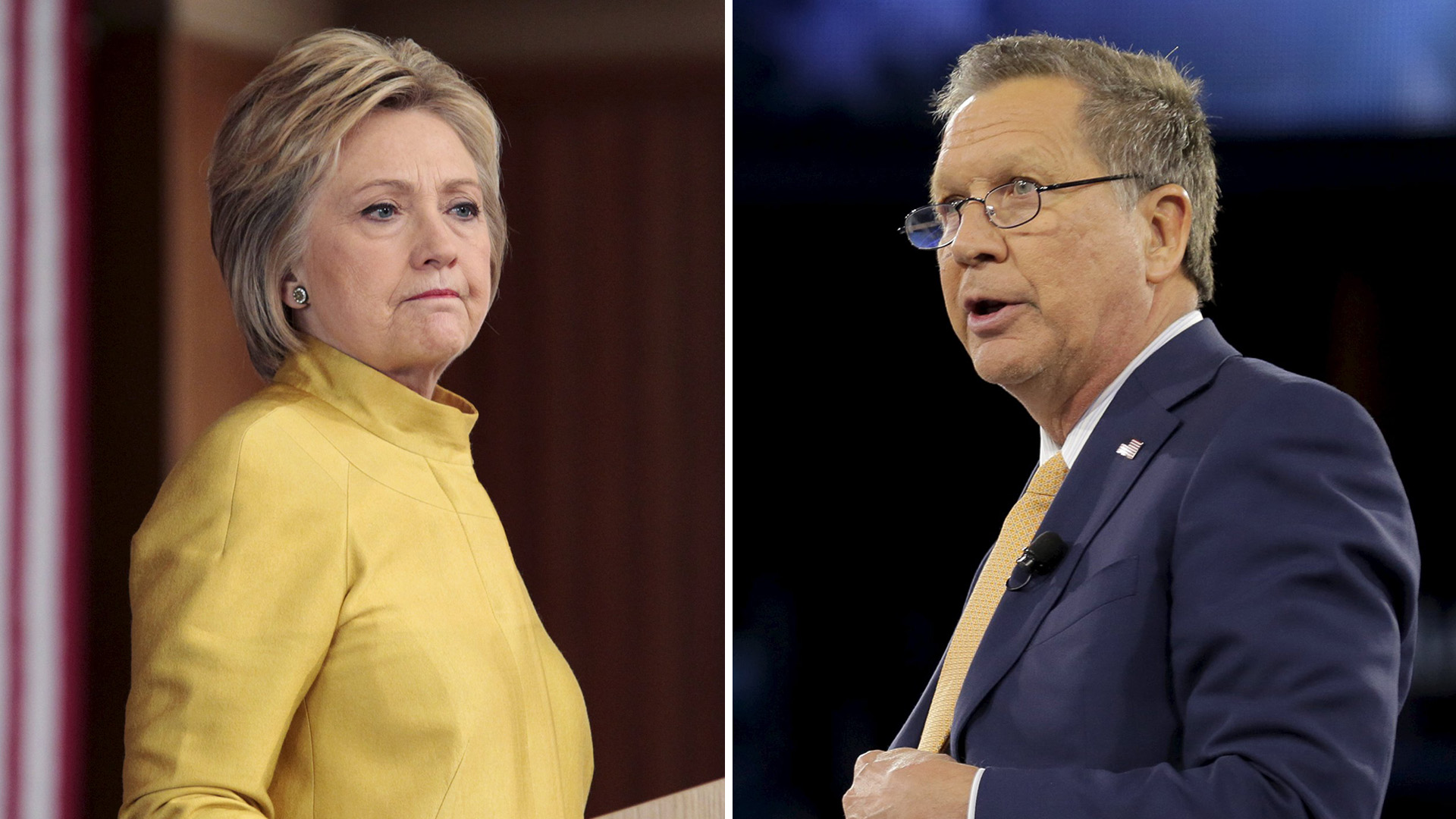 Hillary Clinton would defeat Donald Trump and Ted Cruz in general election match-ups, but would lose to John Kasich, according to a Monmouth University survey released Thursday.

The poll found Clinton would beat Trump by 10 percentage points, 48 to 38 percent, though the race between them would be closer in swing states. The Democratic frontrunner only holds a 5-percentage-point edge in states where the margin of victory in 2012 was less than 7 percentage points.

A CBS News/New York Times poll released this week also found that Clinton holds a 10-point advantage over Trump in a general election matchup, with a 3-point lead in a head-to-head with Cruz. Kasich, that poll found, would beat her by four points.

In a hypothetical three-way race between Clinton, Trump and Libertarian Gary Johnson, Clinton would win with 42 percent of the vote, Trump would get 34 percent and Johnson would receive 11 percent.

A poll released on Wednesday found Kasich and Sanders would perform the best in the general election.

The poll surveyed 1,008 adults, 848 of which were registered voters, between March 17 and 20 with a 3.4 percentage point margin of error.