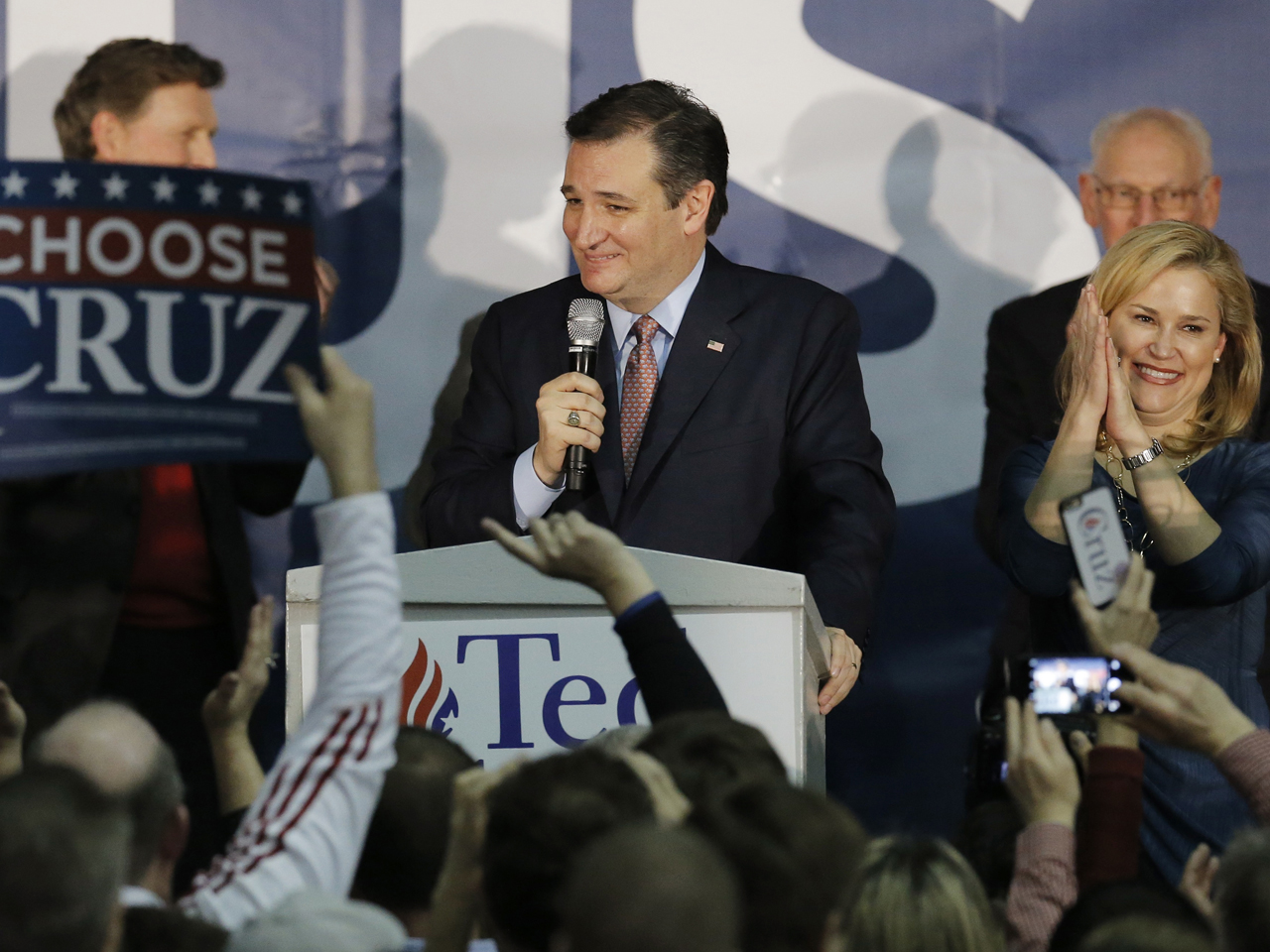 Cruz called the evening a "victory for the grassroots" at his victory speech Monday night.

It was Rubio who had perhaps the most impressive showing after the last Des Moines Register poll showed him with just 15 percent support.

"Tonight we have taken the first step, but an important step, toward winning the election," he said during remarks that sounded much like a victory speech Monday evening. "When I am the nominee we are going to unify this party and we are going to unify the conservative movement." He pledged that he would beat Democrats Hillary Clinton or Bernie Sanders or "whoever they nominate."

As CBS News Digital Political Reporter Sean Gallitz, wrote, Rubio's strategy in Iowa appeared to be plucked from the playbook of Mitt Romney, the 2012 GOP nominee.

Of the twenty-three events Rubio attended over this final stretch, only a handful were in the more rural conservative counties that Rick Santorum, the eventual 2012 winner of the caucuses, won in 2012. Instead, Rubio's campaign selected places where Romney or Texas Sen. Ron Paul had found the most support from more moderate or libertarian voters in Iowa.

Rubio appeared to pick up support among late-deciding voters and is doing best among those who say they decided who to support in the last week. Forty-five percent of those surveyed in entrance polls said they made their choice in the past week, and Rubio scored 28 percent of those votes. Twenty-three percent went to Cruz and just 14 percent to Trump. But Trump supporters said they made up their minds more than a month ago.

Trump did say he expected to be "proclaiming victory" after the New Hampshire primary and promised to go on to be the nominee. His lead in the Granite State is much stronger than it was in Iowa.

Just 15 percent of Republican caucus attendees identified as moderate, and Trump is winning big among that group with 38 percent of the vote. Rubio is a distance second with 17 percent support. Thirty-nine percent of voters identify as very conservative (a drop from 2012, when it was 47 percent), and 45 percent identify as somewhat conservative, an increase from 2012 (when it was 37 percent).

The most important issues for GOP caucus attendees are government spending (31 percent) the economy (28 percent), terrorism (25 percent), and immigration (13 percent).