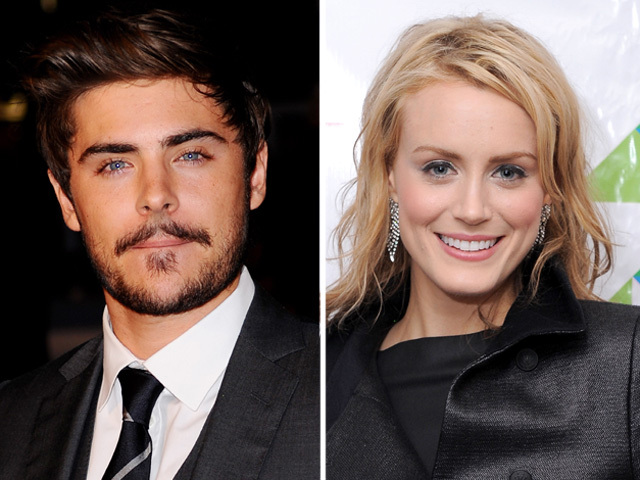 NEW YORK (CBS) Zac Efron seems to be coping well with his split from Vanessa Hudgens.

The 23-year-old actor, who is currently filming "The Lucky One" in New Orleans, is reportedly acting "chummy" with his costar, Taylor Schilling, 26, a production source told E! Online Tuesday.

"They joke around, eat together sometimes, run lines," said the insider, who also added that their relationship so far is "nothing out of the ordinary."

Efron has also been seen enjoying his time around the Big Easy with pal, "Twilight" star Kellan Lutz. The two were photographed together last week at the New Orleans Saints football game.

"They are a rowdy bunch, and I think that's influenced him to want to be free," the insider added to E!

News broke out last week that Efron and Hudgens splitafter more than three years together. The couple started dating as teenagers while co-starring in Disney's "High School Musical" franchise.

"They are still talking and still friends," a source close to the couple told Us magazine. "There's no drama. No one cheated. They just grew up."