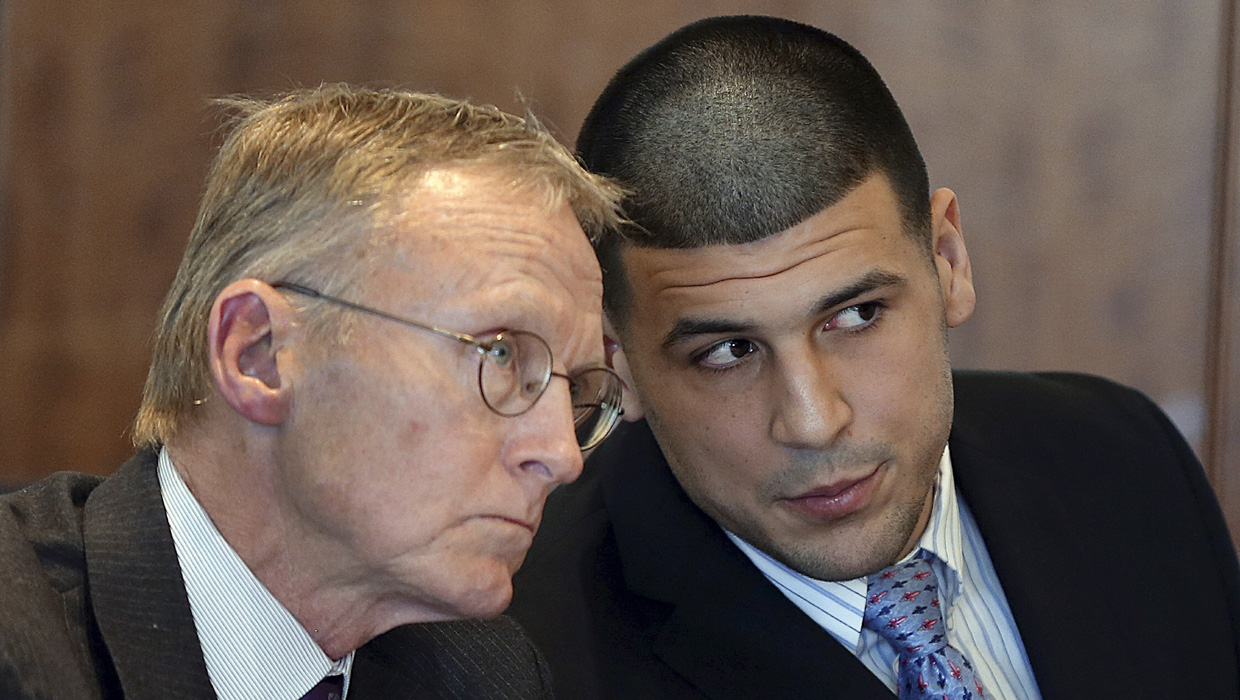 The Suffolk district attorney's office stressed that the tattoo artists are considered witnesses only and are not suspected of any wrongdoing, but they "may have made observations of evidentiary value."

Hernandez is charged in three killings. He is scheduled to be arraigned May 28 on two counts of murder for allegedly shooting two men in Boston in 2012, prosecutors said Wednesday.

Authorities have not said if there is any connection between those two slayings and the 2013 shooting death of Odin Lloyd, a semi-pro football player whose body was found in an industrial area near Hernandez's home in North Attleborough. Lloyd was dating Hernandez's fiancee's sister.

Hernandez's lawyers have said that their client looks forward to his day in court. He is being held without bail.

Both of Hernandez's arms are covered with tattoos. Authorities didn't describe which of his tattoos they are referring to in seeking the artists' help.

Hernandez, 24, has been indicted on two counts of first-degree murder and other offenses in the July 2012 killings of Daniel de Abreu and Safiro Furtado in Boston. A third man was wounded in that attack, while two others escaped unharmed.

Hernandez and an associate had an "encounter" in a city nightclub with the victims before the shooting, prosecutors said. After the men left, Hernandez followed in an SUV and pulled up alongside the men as their vehicle was stopped at a red light, and opened fire, Suffolk District Attorney Daniel Conley said.