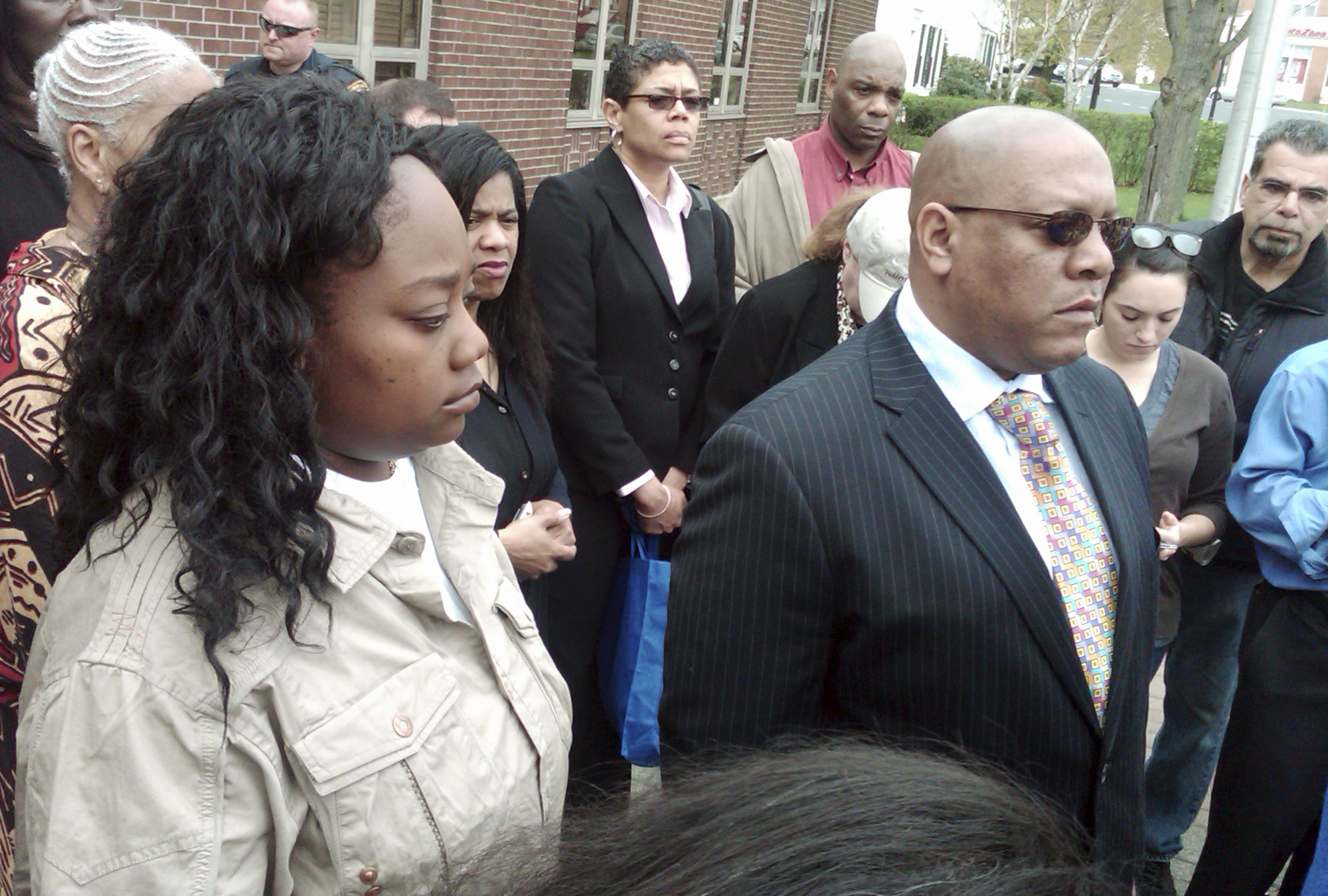 (CBS/WFSB/AP) HARTFORD, Conn. - Tanya McDowell, a homeless single mother accused of illegally enrolling her son in the wrong school district, appeared in court Monday after being arrested Friday for allegedly selling crack cocaine and marijuana to undercover officers near another school in Norwalk.

Norwalk investigators picked up McDowell on three drug warrants and then found more drugs on her during the arrest, police said, according to CBS affiliate WFSB.

In court on Monday, McDowell's attorney said the drug cases are in retaliation to all of the negative publicity the city has received after she enrolled her son, now 6, in kindergarten last fall under her babysitter's address.

"If this is a way to respond to her fighting back, this is a bad way to do it. It's a terrible message," Darnell Crosland, McDowell's attorney said, reports the station.

In April, McDowell made national headlines after she was charged with stealing an education for her son. McDowell said she was homeless and had been staying with different people while her son was in school, the station reports.

Since then, McDowell's case has garnered even more attention and support from civil rights leaders, including the Rev. Al Sharpton, who headlined a rally last week outside the school McDowell's son had attended.

In the new case, McDowell faces 29 charges, including drug manufacturing and possession near a school. Her bond was set for $200,000.

She remains in jail.

While her attorney tried arguing the recent drug investigation was targeted at McDowell, prosecutors and Norwalk police said the case was a routine reaction to complaints about drugs.

"I'm a little disappointed by attorney Crosland suggesting that I put together a task force. I have more more important things to worry about. It's absolutely ridiculous," said Norwalk police Chief Harry Rilling, reports the station.

McDowell is due to return to court July 12 in the enrollment case.