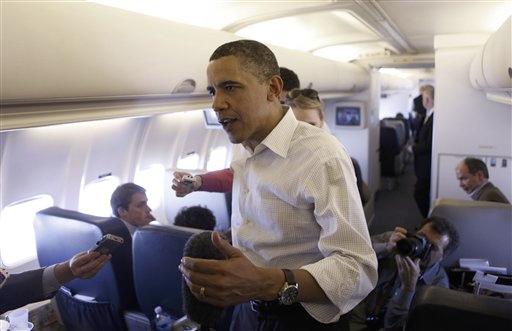 A high-stakes effort to revive a Catholic-Protestant government for Northern Ireland has ended in failure, but hope remains of an eventual breakthrough, the prime ministers of Britain and Ireland said Saturday.

"We believe that what is now an offer is reasonable in its substance and historic in its meaning," British premier Tony Blair said at the end of a three-day diplomatic push to revive the Good Friday peace accord of 1998 and its key accomplishment, a cross-community administration that fell apart in 2002.

He said negotiators had "not yet achieved a comprehensive agreement" but insisted that lower-level talks next week would keep pressing. "There is huge potential in what has happened here," he said.

Blair and his negotiating partner, Irish Prime Minister Bertie Ahern, both looked tired and disappointed as they stood side by side outside Leeds Castle, the venue southeast of London for talks that began Thursday.

Both said they had hoped to broker an agreement between Sinn Fein, the Irish Republican Army-linked party, and the Democratic Unionists, who represent most of the province's British Protestant majority. But for the third time in two years, a negotiating marathon led by the two premiers failed to break the deadlock.

Blair said Sinn Fein has not yet provided a formal statement from the IRA spelling out its position. But he said he expected the underground group to announce its intentions soon.

"Republicans know exactly what is required if they want to move this process forward. We will have to wait to see what response we get," Blair said.

As they left the castle, negotiators from other parties heaped most of the blame for failure on the Democratic Unionists, who insisted they would not form an administration alongside Sinn Fein unless the IRA fully disarmed and disbanded up front.

Democratic Unionist chief Ian Paisley said his party wasn't going to put its cards on the table until IRA leaders showed theirs.

"I am too old to be bluffed. We say, we will believe it when we see it," said Paisley, 78, whose party delegation left in a convoy of vehicles without answering reporters' questions.

But others said the Democratic Unionists also had insisted on new rules for running the administration that would make it easier for lawmakers to block ministers' decisions. Other parties wouldn't concede such changes to the rules of power-sharing, a major stumbling block.

"Quite frankly, it's only the parties themselves who can agree to changes to the institutions. They cannot be imposed by the governments," Ahern said.

"We came in here with high hopes, but the DUP would not budge. As the biggest party they expected everybody else to pony up to their position. But what they really wanted was a return to majority (Protestant) rule," said Alisdair McDonnell, a negotiator for the Social Democratic and Labour Party, which represents moderate Catholic opinion.

Close cooperation between London and Dublin has been a hallmark of the past decade's struggle to achieve peace and stability in Northern Ireland, a far-flung corner of the United Kingdom where conflict has claimed more than 3,500 lives since 1969.

The violence has largely abated since rival paramilitary groups called cease-fires in the mid-1990s, but politicians since have toiled in vain to turn these open-ended truces into true abandonment of illegal activity.

Despite the lack of a Democratic Unionist-Sinn Fein deal, the IRA may choose anyway to resume disarmament - because of Sinn Fein agreements with the prime ministers, particularly Blair.

And Blair, in a comment apparently directed at the Democratic Unionists, said Britain and Ireland might be forced to adopt different Northern Ireland policies "if we decide people are being completely unreasonable in stopping the thing moving forward."

The IRA's determination to retain a vast, hidden arsenal has been arguably the biggest stumbling block in the entire peace process.

The underground group was supposed to have disarmed fully by mid-2000 in line with the Good Friday deal, but never even began before that target date expired.

By the time the IRA finally started to scrap weapons amid great secrecy in October 2001, Protestant voters' support had already shifted from Ulster Unionist Party leader David Trimble - the Nobel Peace Prize laureate who had agreed, despite deep Protestant opposition, to share power with Sinn Fein - to the uncompromising Paisley, who rejected the 1998 deal as too generous to Sinn Fein.

After the Trimble-led administration collapsed two years ago over an IRA spying scandal, Blair emphasized the agreement couldn't be revived unless the IRA fully disarmed and stopped a whole range of threatening activities that, combined, had destroyed Protestant willingness to work with Sinn Fein.

In exchange, Blair has pledged to complete a long list of measures sought by Sinn Fein, among them: guarantees that IRA fugitives from justice can return home to Northern Ireland without fear of arrest, and more troop withdrawals and base closures.