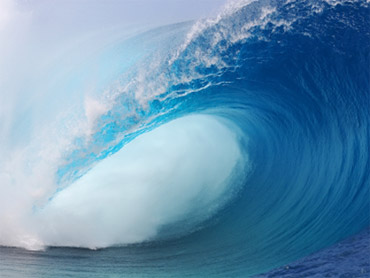 The Taliban's reclusive leader has issued a Muslim holiday message calling on Afghans to break off relations with the government, which he calls a "stooge" administration.

Mullah Omar's message ahead of Eid comes a week after President Hamid Karzai reached out to the Taliban during his inauguration speech, saying it was important to include in the government former Taliban who were ready to renounce terrorism.

The message was posted on a Web site used by the Taliban, and was also e-mailed to journalists Wednesday from an address often used to send out Omar's messages.

Omar said the people of Afghanistan would not agree to any negotiations that would prolong the presence of foreign forces in the country.

U.S. President Barack Obama Tuesday vowed to "finish the job" in Afghanistan and said he'd announce his decision on increase American troop levels during a .

The war has worsened on Mr. Obama's watch, and public support has dropped as U.S. combat deaths have climbed. A new CBS News poll shows 69 percent of Americans think the war in Afghanistan is going badly, and only 36 percent believe more U.S. troops would make things better.

But the president said he his war strategy.

"I feel very confident that when the American people hear a clear rationale for what we're doing there and how we intend to achieve our goals, that they will be supportive," he said, speaking at a White House news conference Tuesday with Indian Prime Minister Manmohan Singh.

"I can tell you, as I've said before, that it is in our strategic interest, in our national security interest to make sure that al Qaeda and its extremist allies cannot operate effectively" in the area, he said. "We are going to dismantle and degrade their capabilities and ultimately dismantle and destroy their networks. And Afghanistan's stability is important to that process."

Military officials and others expect Mr. Obama to settle on a middle-ground option that would deploy an eventual 32,000 to 35,000 U.S. forces. That rough figure has stood as the most likely option since before Mr. Obama's last large war council meeting earlier this month, when he tasked military planners with rearranging the timing and makeup of some of the deployments.

The president has said with increasing frequency in recent days that a big piece of the rethinking of options that he ordered had to do with building an exit strategy into the announcement - in other words, revising the options presented to him to clarify when U.S. troops would turn over responsibility to the Afghan government and under what conditions.

But regardless of troop levels, one key to U.S. success in the region lays in having a "strong host partner" in the Afghan government, Michael O'Hanlon, a senior fellow with the Brookings Institute told CBS' "The Early Show" Tuesday

"You need a strong Afghan government, or at least a competent [one]. Even if it's just a mediocre one, one that at least starts to move forward," O'Hanlon said.