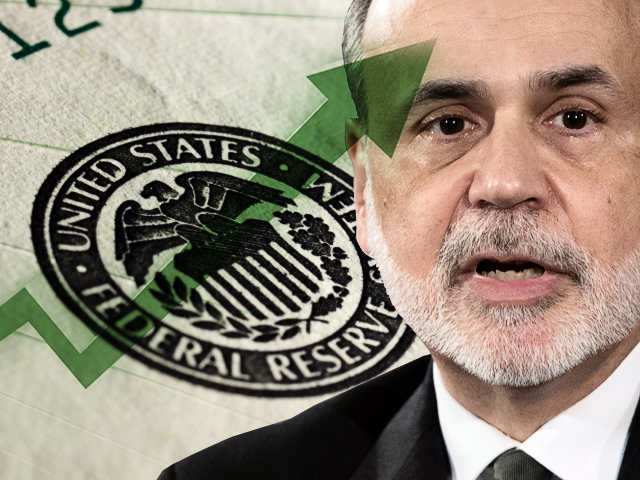 The job market is starting to percolate, holiday spending is solid and even our nation's feuding lawmakers are extending an olive branch in the name of budgetary sanity. Morning in America?

Not quite, which is why the Federal Reserve may decide to wait another month or two before scaling back its $85 billion-a-month bond purchase program when policy makers meet on Wednesday for the final time this year.

"Many proponents of a December taper believe the recent bipartisan budget agreement should put the Fed over the top, but we note the deal was small, left many difficult issues unresolved (including extended unemployment benefits and the debt limit) and is unlikely to signal less polarization in Washington," analysts with Bank of America Merrill Lynch wrote in a research note. "More importantly, inflation readings continue to be extremely low, which we suspect will continue and which the Fed will find increasing difficult to ignore."

Investors, in particular, have been fixated on the question of when the central bank would start tightening the spigot on monetary stimulus. The easy money helped uncork one gusher of a stock market these last five years, and now financial markets are starting to contemplate life without Fed support. Fed "tapering" of its bond purchases could also affect households by, among other things, pushing up interest rates.

Whenever the Fed does finally start withdrawing stimulus it will test the economy's ability to proceed on its own power. The economy is merely out of intensive care. With unemployment still at 7 percent, the rehab will continue. That's why Fed officials have repeatedly emphasized that to taper is not to begin hiking interest rates. Most market watchers don't expect that to happen until mid-2015 at the earliest, and perhaps even later.

The curtain is also coming down on the Fed career of Ben Bernanke, who is scheduled on Wednesday to give his last press conference as bank chairman. The Princeton University professor has had his highs at the Fed -- helping to contain the financial panic that threatened to knock over the U.S. banking system during the subprime crisis -- as well as his lows, like failing to see the housing market spinning out of control in the first place in his years at the Fed before taking the helm.

Still, Bernanke, who is expected to be succeeded by Janet Yellen, has helped restore faith in the value of monetary policy, especially after the shadow that fell over the Fed following the stained legacy of Alan Greenspan. If Bernanke didn't see the housing bubble coming, he has played no small part in helping repair the damage.