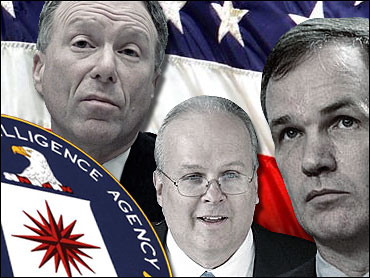 This story was written by CBS News producer Beverley Lumpkin

In October 2005, a grand jury working with Fitzgerald returned an indictment against Lewis "Scooter" Libby, Vice President Cheney's then-chief of staff, for lying and obstructing the investigation (but not leaking the name).

However, during the entire time of the investigation — and even more intensely since Libby's indictment — speculation has been rampant that the President's senior political aide, Deputy Chief of Staff Karl Rove, would also be charged.

Rove has made an almost-unprecedented five appearances before a grand jury working with Fitzgerald. All of this has been conducted in the glare of publicity, not just from the mainstream "old media," but also in the blogosphere, where the charges seemed to metastasize. One Web site, Truthout.org, has asserted that Rove had already been indicted, with the charges kept under seal.

Yet after all of this time, when Fitzgerald has apparently decided that no case can be made against Rove, his spokesman refuses all public comment. It was left to Rove's attorney and spokesman to put out a statement asserting that Fitzgerald had first telephoned and then faxed a "clearance letter" to Attorney Robert Luskin late in the day on Monday, June 12. Yet we have only Luskin's word for it. Ludicrously, Fitzgerald's spokesman, Randall Samborn, refused either to confirm or deny that Fitzgerald had cleared Rove.

Several former prosecutors, as well as two current Justice Department officials, told me that in cases that have received so much media attention, it is in fact "in the public interest" for a brief official statement to be released noting that a target will not be charged.

One official recalled such a statement in a case several years ago had even ended with a sentence to the effect that the Justice Department does not normally comment on ongoing cases, except when there has already been a great deal of media attention.

The U.S. Attorneys' Manual, the bible of all federal prosecutors, states that the prosecutor may, in his or her discretion, notify an individual whose target status has ended "when government action has resulted in public knowledge of the investigation."
One Justice official noted that the department recently had made a strong point of contradicting a published report in declaring that House Speaker Dennis Hastert is not under investigation. He also noted that a northern Virginia prosecutor had announced there would be no charges in a recent police shooting.

This official declared it is "fundamentally unfair" for there not to be an official clearance issued by Fitzgerald or his spokesman. He pointed out that the usual reasons given for secrecy in the grand jury process are to avoid: the perception of unfairness to a target, the possibility of witness intimidation, or interference with the ongoing investigation. In the case of Rove, he maintained, all three points argue for a public clearance.

One source close to Rove expressed frustration at the lack of public confirmation of the clearance, and worried it could lead to more fevered speculation by bloggers.

There have already been suggestions that Rove might have "flipped." But Mark Corallo, a spokesman for Rove, emphasized that Rove is "free and clear" and that there has been no talk of any conditions or any cooperation. As to whether Libby may want to call Rove as a witness for the defense at his trial next January, Corallo replied, "that's up to Bill Jeffress," one of Libby's lawyers.