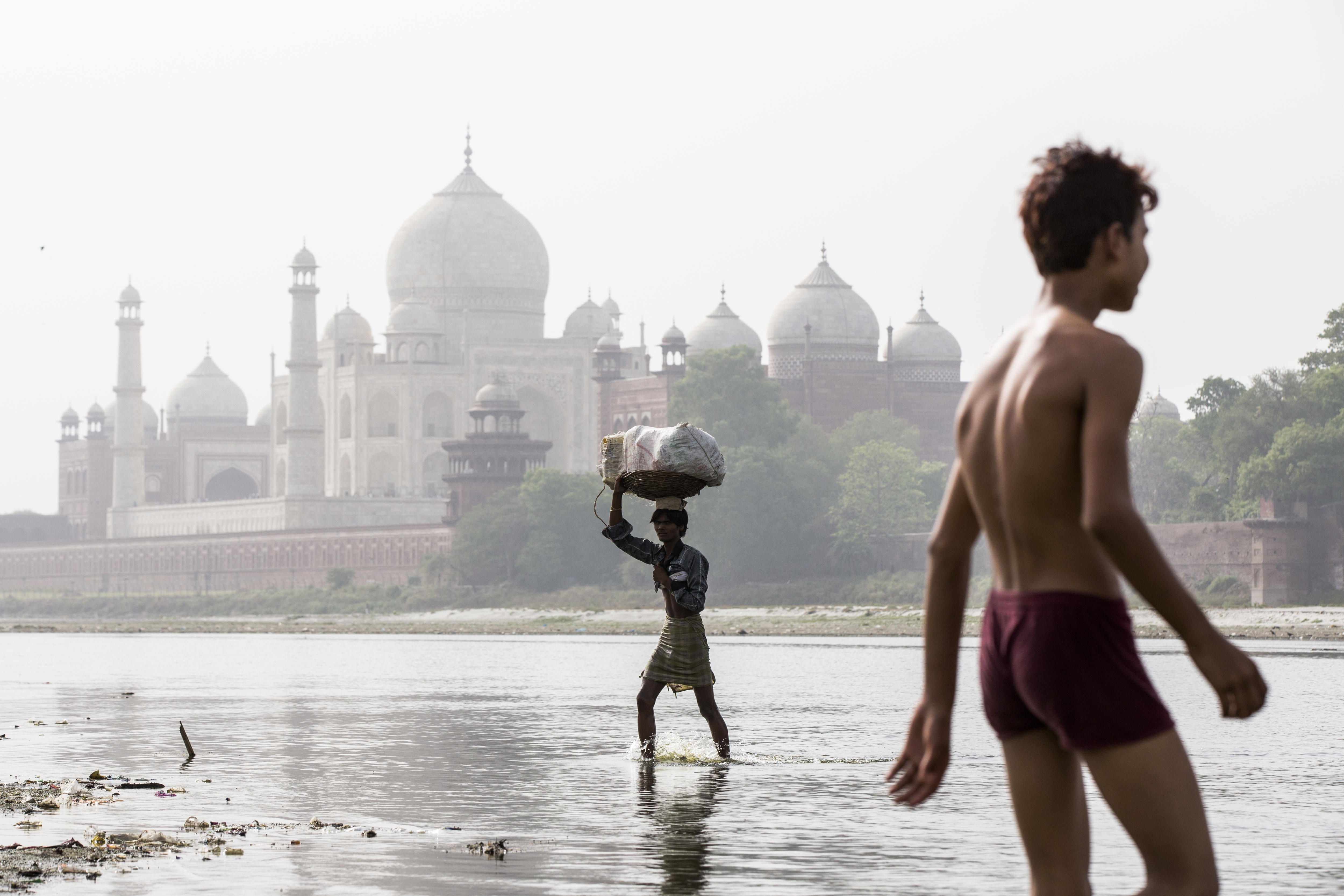 NEW DELHI -- India's Supreme Court on Tuesday chastised the country's government for failing to "care" for the nation's most iconic symbol, the Taj Mahal. The court warned that the 17th century monument in the city of Agra, once gleaming white, was being discolored by pollution and taking hues of brown and green.

"First it was yellow and now it is becoming brown and green," India's top court admonished, suggesting sarcastically that if the government "doesn't have the expertise" or interest required to clean up the mausoleum, "perhaps we need some expert organization from outside India -- unless there is a decision that the Taj has to go."

Indian authorities have taken several steps in the past to save the Taj Mahal, commissioned by Mughal emperor Shah Jahan in memory of his wife Mumtaz in 1632. It is one of South Asia's preeminent tourist attractions, drawing 70,000 people every day.

Hundreds of factories around the Taj have been shut down, diesel vehicle traffic has been restricted, but none of the efforts have really made Agra much cleaner. A World Health Organization report released this week labelled Agra the eighth most air-polluted city in the world. The city with the biggest air pollution problem on the planet, Kanpur, is barely 170 miles away.

Air pollution has brought acid rains which damage the marble structure. The Yamuna river, which runs alongside the monument, is far from clean. It is choked with sewage and other filth which encourages insects to breed. Some of those insects swarm onto the walls of the Taj Mahal, and it is their waste leaving green patches on the white marble.

Authorities have been trying to clean the Taj Mahal since late last year, applying packs of Fuller's earth, a mud paste that is believed to absorb dirt, grease, and animal excrement. The cost of that current makeover is about $500,000.

Last month, a powerful storm damaged two minarets at the entry gates of the monument.

The Supreme Court has been monitoring the clean-up of the UNESCO World Heritage Site for some time now. Thursday's statement makes it clear that the justices are not entirely impressed with the efforts. The court will take the case up again on May 9, when it could order the government to take additional action.