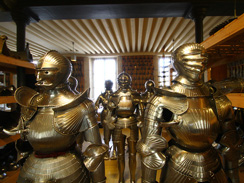 Some investors look to tactical asset allocation to protect them when markets get rough. However, recent evidence from Morningstar (MORN) shows that many TAA funds fail to provide adequate protection.

The objective of TAA is to provide better-than-benchmark returns with potentially lower volatility by shifting asset-class allocations, depending on projected returns. For example, a fund benchmarked against a 60 percent S&P 500 Index/40 percent Barclays Capital Aggregate Bond Index might shift to 5 percent S&P 500/50 percent Barclays Aggregate/45 percent cash if the manager thought a bear market was coming.

In reality, TAA is just a fancy name for market timing, not to mention a chance for money managers to charge higher fees. Proponents claim that it can be especially valuable in bear markets, or periods of high volatility. Unfortunately, the evidence suggests that allowing managers to zig and zag is actually a disadvantage.

In its most recent issue of "Morningstar Advisor," the investment researcher updated an earlier study on TAA funds that showed that 70 percent of funds underperformed the Vanguard Balanced Index Fund (VBINX). Did the rough markets we saw last year give TAA funds a chance to redeem themselves? Apparently not. Again using VBINX as the benchmark, Morningstar found:

Bottom line: TAA fund investors incurred heavy fees because of the active management, and returns were poor. In short, we have another game where the winners are product purveyors, not investors.