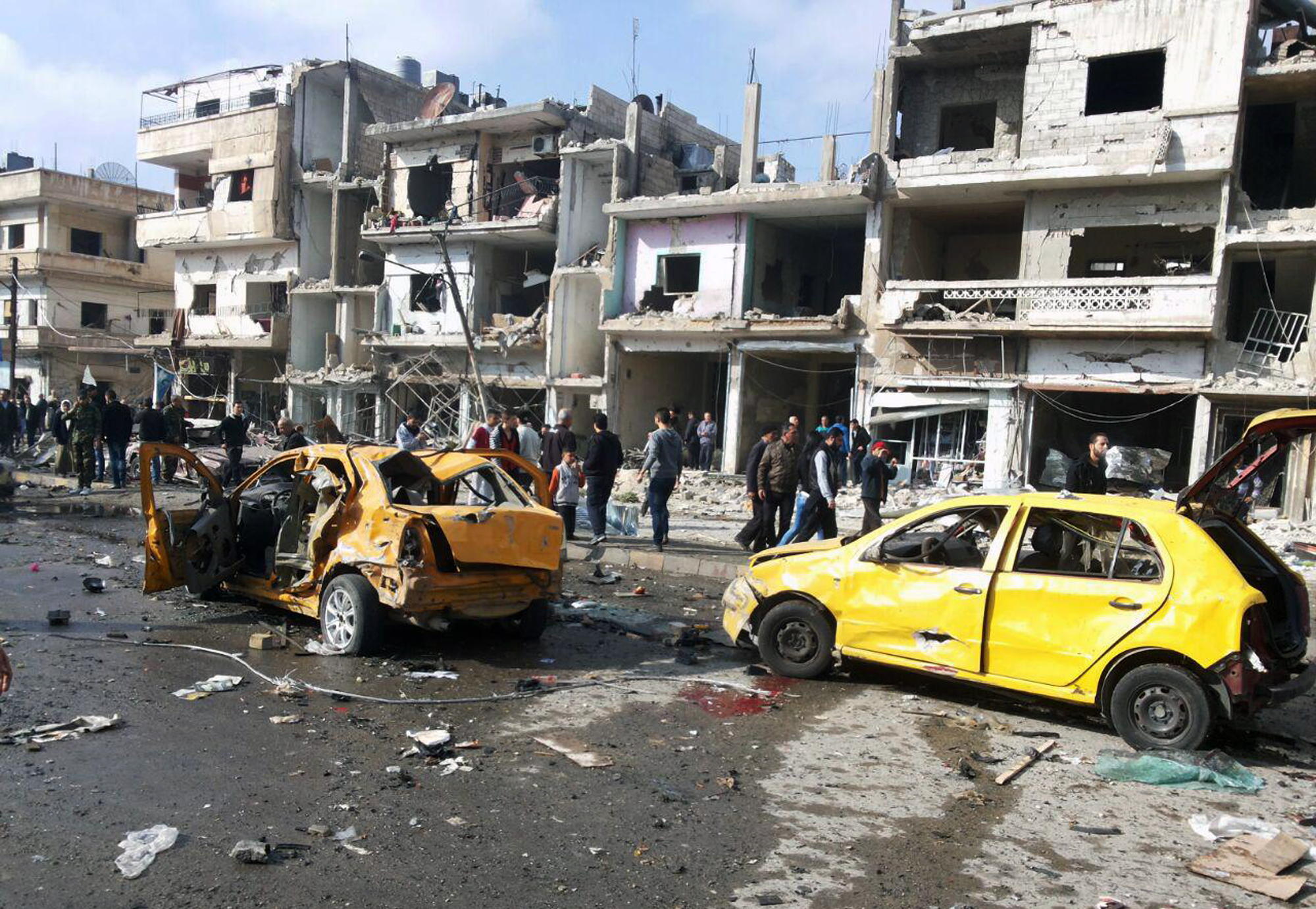 DAMASCUS -- On Monday, the U.S. and Russia agreed to a partial ceasefire in Syria that is supposed to take effect Saturday.

But it won't stop the fighting.

Two important forces, ISIS and the al Qaeda affiliate called al Nusra, were not included in the agreement, because they're terrorist groups. About a third of Syria is held by ISIS.

On Monday, ISIS claimed responsibility for bombs that killed at least 100 in suburban Damascus.

All day, the men of Sayeda Zainab carried blast victims to their graves. On the faces of the women -- shock and grief.

"Our heart are broken," one woman said. "What did she do to deserve to die?"

But there was anger and frustration too.

At the bomb site local residents had pitched in to clean up and make the street safe again. But furious that ISIS had managed to smuggle three bombs into their tightly-knit community.

One of the bombs was a car bomb that went off around 4 p.m. -- just as the kids were getting home from school.

The scale of the destruction is epic. The fronts of the buildings have been blown clean off, and all the people who lived in those apartments and the merchants who ran the shops on the ground floor are all dead.

A video shows the frantic moments right after one of the explosions, survivors rushing to help the wounded.

You might think people who have witnessed such carnage -- and who are burying more than 100 family members and friends -- would welcome a pause in the violence. Not so.

Are they optimistic that there will be some kind of truce?

"No way," Abu Mahran said, and everyone in the crowd agreed. "We don't want a ceasefire until all the terrorists are out of our country."

It's not a good sign for this proposed truce when even the citizens aren't onside.

The people CBS News spoke to are very skeptical of the proposed ceasefire. They say in a war this savage and complex they said there's no way to convince all the factions to lay down their arms.