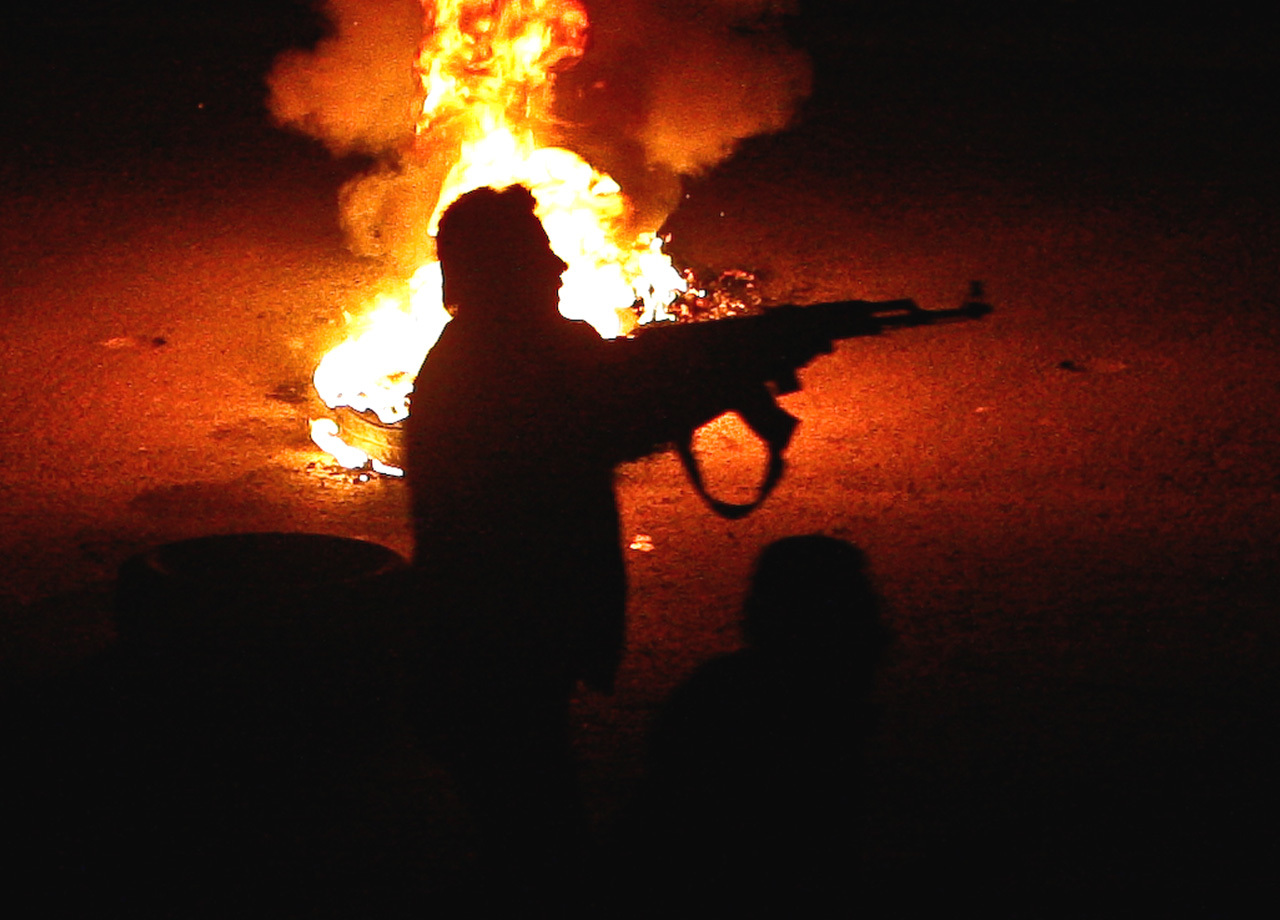 (AP) BEIRUT - Syrian soldiers backed by tanks seized the eastern city of Deir el-Zour from rebels on Tuesday, the latest opposition stronghold to fall to an offensive by the better equipped Syrian military.

Mansour, reached by telephone in Deir el-Zour, said the rebels quit fighting and took shelter in homes and apartments, fearing that protracted clashes would destroy the city.


Taking back rebel-held cities in the past weeks, government troops have often heavily shelled neighborhoods before sending in troops, killing civilians and damaging buildings.

"They knew they could not hold control of the neighborhoods, so they decided to stop fighting, knowing that the regime would bring in heavy weapons and kill many civilians," Mansour said.

The rebels also lacked guns and ammunition, he said.

Rami Abdul-Rahman of the Britain-based Syrian Observatory for Human Rights, which relies on an activist network in Syria, said the rebels faced little resistance when they took the city a few days ago. But over the past three days, regime forces attacked some of their hideouts in the Omal neighborhood, killing more than 25 fighters. Mansour said 15 rebel were killed in recent days.

On Tuesday, government forces rolled into the rest of the neighborhoods.

No one was killed in Tuesday's clashes, both activists said.

The uprising against Assad started one year ago. His security forces quickly cracked down on dissent, attacking protesters with tanks, snipers and pro-regime thugs.

The conflict has grown more militarized as many in the opposition have taken up arms to protect their towns and attack regime forces.

But the loose-knit Free Syrian Army is overwhelmingly outgunned by Assad's forces and has proven unable to control territory.

Assad has justified the crackdown by saying terrorists and foreign extremists are driving the revolt.

The U.N. says more than 8,000 people have been killed, many of them unarmed protesters.

The Syrian government has barred most media from working in the country, and activist claims could not be independently verified.

In a letter to the opposition Syrian National Council, the group called on opposition leader to condemn all abuses but said many of those responsible are not under a clear command structure.

SNC leaders did not respond to requests for comment.

The Assad regime has faced mounting international criticism, but diplomacy has failed to stop the bloodshed.

The U.S., Europe and many Asian countries have called on Assad to step down, but Russia and China have protected him from censure by the U.N. Security Council.

Joint U.N.-Arab League envoy Kofi Annan has been trying to broker a cease-fire, but apparently made little progress during recent meetings with Assad in Damascus.

Russia said Tuesday it is ready to support a U.N. resolution endorsing Kofi Annan's plan to end the crisis - a sign of impatience with Russia's closest Arab ally.

But Russian Foreign Minister Sergey Lavrov said the resolution shouldn't turn into an ultimatum to the Syrian government, setting the stage for tough bargaining over the document at the Security Council.

Annan met with Arab League chief Nabil Elaraby in Paris Tuesday to discuss steps to achieve a cease-fire and ways to monitor its implementation.