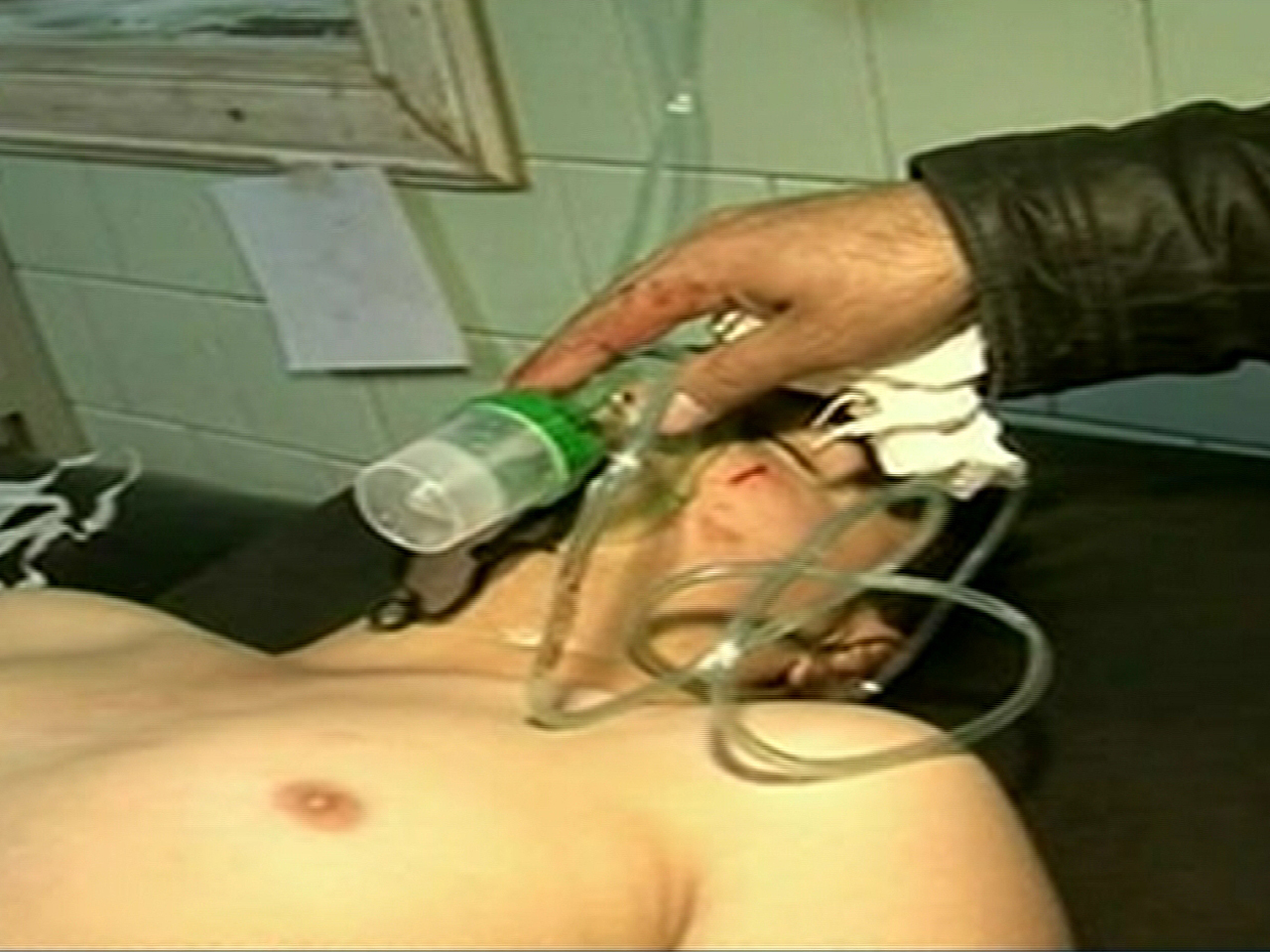 Neither of the accusations could immediately be verified, and a chemical weapons expert in the U.K. told CBSNews.com there was very little evidence to suggest any actual chemical weapons had been deployed. A U.S. official, speaking anonymously to the Associated Press, also said there was no evidence of a chemical attack. Also expressing doubts was the Organization for the Prohibition of Chemical Weapons, which reported no independent information of chemical weapons use.

At the White House, spokesman Jay Carney told reporters the administration had no evidence to suggest the rebels had used chemical weapons, but added: "We are looking carefully at the information as it comes in... This is an issue that has been made very clear by the president to be of great concern to us."

The Syrian state news agency SANA said "terrorists" had fired a rocket "containing chemical materials" into the area around the village of Khan al-Assal in the northern province of Aleppo. The regime regularly uses the term terrorists to refer to rebels fighting to overthrow authoritarian President Bashar Assad.

Russia, one of the Syrian regime's few remaining allies, joined the Assad regime in accusing the rebels of carrying out a chemical attack, calling it an "extremely dangerous" development in the crisis. The Foreign Ministry in Moscow said rebels had detonated a munition containing an unidentified chemical agent early Tuesday in Aleppo province, without giving further details. The claim was nearly identical to the reports by Syria's state media.

"The rocket which was launched from Kafr Da'el in Neirab is a grave escalation," Syrian information minister Omran al-Zubi said in a televised statement. "The terrorists used a weapon that is banned in accordance with international law."

"The states which are arming, financing and housing the terrorists should be questioned about this crime," added al-Zubi. Syrian officials said at least 25 people, most of them civilians, were killed and dozens more wounded.

A photographer for the Reuters news agency said he had witnessed people come into hospitals with breathing problems after the attack.

"I saw mostly women and children," the Reuters photographer, who was not identified, told his editors. He said after visiting the University of Aleppo hospital and the al-Rajaa hospital -- both in state-controlled parts of Aleppo -- that victims "said that people were suffocating in the streets and the air smelt strongly of chlorine."

An activist in the area said rebels had recently seized much of the village of Khan al-Assal, including a facility that housed a military academy.

The opposition Syrian Media Center said 20 people had died from "asphyxia and poisoning after a SCUD missile fired from Damascus struck" Khan al-Assal.

Chemical weapons expert and chief operating officer of SecureBio, Hamish de Bretton-Gordon, told CBSNews.com that based on video he had seen of victims in Aleppo hospitals, the symptoms were "not really those that are identified with nerve agents or mustard gas, which are the ones most likely to be used" inside Syria.

Bretton-Gordon noted that none of the people in the hospitals treating the attack victims were wearing protective clothing. If a chemical agent had been dispersed, he said, anybody coming into contact with the victims would also be affected; "doctors treating them would be overcome."

As for the reports of a chlorine smell near the scene of the attack, Bretton-Gordon said conventional high explosives can also produce an odor which might be mistaken for chlorine, and that weapons using the common household chemical haven't been widely used since World War I. He noted that mustard gas -- which Syria is known to have stockpiled -- can produce a chlorine-like odor, but there was no indication from the images he had seen that the devastating chemical agent had been used in Aleppo on Tuesday.

Bretton-Gordon, whose company has closely followed developments concerning the Syrian government's chemical weapons stockpiles, said the claims of a chemical weapon attack on Tuesday struck him as little more than "another bit of propaganda," but he couldn't say whether it was government propaganda or opposition propaganda.

There have been long-standing concerns that Syria's chemical weapons would be used by one side or the other in the 2-year-old civil war.

U.S. Secretary of State John Kerry said recently that the longer the war goes on, the greater the danger of its institutions collapsing and extremists getting their hands on the Arab country's vast chemical weapons arsenal.

The reported attack was in an area just east of the city of Aleppo that had seen fierce fighting for weeks before rebels took over a sprawling government complex there last month. The facility included several military posts and a police academy that Assad's forces have turned into a military base that regularly fires shells at nearby villages.