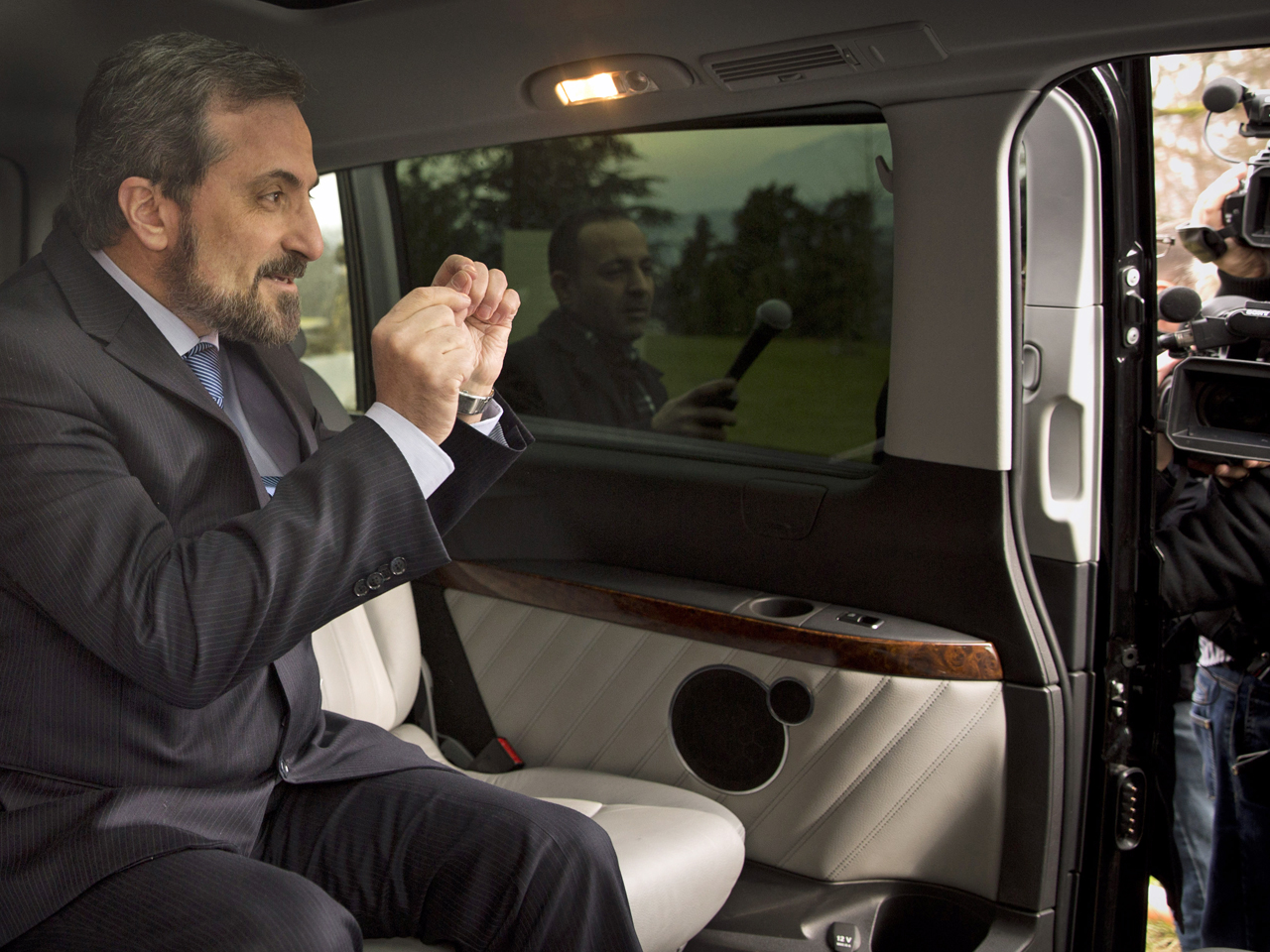 GENEVA -- The latest face-to-face talks in Switzerland between the government of Bashar Assad and the Western-backed opposition, aimed at forging a political solution to Syria's three-year civil war, ended Wednesday with the warring sides still deadlocked over the core principles of a transitional government and a plan to get desperately needed humanitarian aid into the central city of Homs.

The gulf between the two sides was on full display during a turbulent morning session in which they faced off, for a third day in a row, over President Bashar Assad's future in the country his family has ruled for seven decades.

The opposition and its backers in Washington insist Assad step down and play no role in any transitional government. A transitional administration is a key element of the framework for peace talks hammered out by world powers during the first peace conference in Geneva in 2012.

The regime says Assad’s role is not up for debate in the current talks, and denies that the initial 2012 framework, known as the Geneva communique, requires him to step down.

In Damascus, Syrian state television said the delegates in Geneva had announced the government’s "full readiness" to discuss the Geneva communique, "paragraph by paragraph.”

"The Syrian government delegation announced its full readiness -- and since the beginning -- to put Geneva on the table and discuss it paragraph by paragraph from the first article," according to a news bulletin aired Wednesday.

In spite of the impasse over what the Geneva communique actually requires regarding the current Syrian president, opposition spokesman Louay Safi characterized the regime's mere willingness to discuss any transitional government as a "positive step forward."

"Today we had a positive step forward because for the first time now we are talking about the transitional governing body, the body whose responsibility is to end dictatorship and move toward democracy and end the fighting and misery in Syria," he told the Associated Press.

Despite their frustration, each side vowed not to be first to walk away from the talks, which are expected to last until Friday.

A deal to allow humanitarian aid into the rebel-held city of Homs also remained stalled Wednesday, with the Syrian government demanding assurances that the aid would not go to "armed and terrorist groups" in the besieged city.

The Old City of Homs has been pummeled by regular barrages of artillery since June 2012, when rebels factions there initially rose up against the regime. An estimated 500 families remain inside the city, living under near-daily shelling and struggling to survive as food and other basic supplies have long been scarce.

The current talks, dubbed Geneva 2, represent the most significant international diplomatic effort to date to forge a deal between the regime and the U.S.-backed opposition Syrian National Coalition.

In spite of warnings from many analysts and people on both sides of the conflict that Geneva 2 could be the last chance for a peaceful resolution to the crisis which has already claimed more than 130,000 lives and forced millions from their homes.