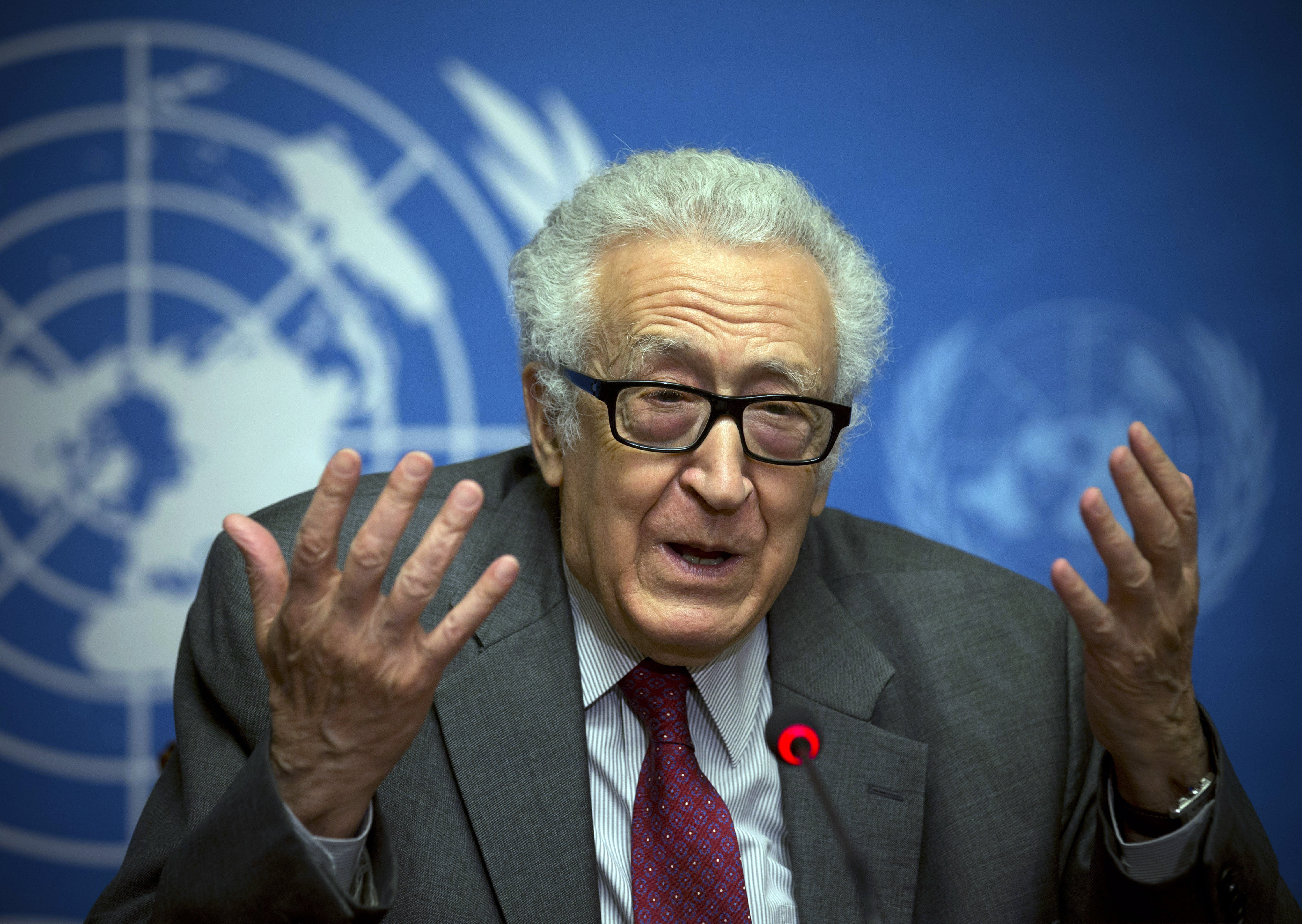 GENEVA -- Representatives of the Syrian government and the Western-backed opposition resumed face-to-face talks in Geneva on Tuesday, a day after a meeting between the two sides broke down in less than an hour over huge differences about the future role of President Bashar Assad.

Tuesday's meeting lasted slightly longer, but ended on a similarly bitter note, with both sides saying no real progress had been made, and separate sessions planned for later in the day would be scrapped.

A Syrian government source close to the meetings told CBS News' George Baghdadi that the regime had tabled a document laying out "the necessity of renouncing terrorism" and said the opposition's rejection of the document showed "they don't want a political solution."

Murhaf Joueijati, from the U.S.-backed opposition Syrian National Coalition (SNC), said the breakup and postponement of any further talks was meant to give the government the opportunity "to come out with their own vision for a future Syria" -- something more palatable than the document already offered by the regime.

Monday’s brief session, led by senior United Nations envoy and veteran negotiator Lakhdar Brahimi, also failed to see the two warring sides find any common ground, with the SNC sticking to its demand that the government side first accept a framework for the talks agreed to in 2012, which calls for a transitional government.

"We have not achieved any breakthrough but we are working on it," Brahimi said, suggesting the talks were and will not be "easy."

As Monday's meeting got under way, the government representatives offered up a paper focused on combating “terrorism” in Syria and cutting the flow of weapons to rebels fighting Assad.

According to both delegations at the talks, the opposition rejected the paper and insisted on discussing the Geneva framework from 2012 instead. It wasn't immediately clear whether the document presented on Tuesday was identical to the one put forth by the regime on Monday, but the result was the same.

The SNC and its backers in Washington insist that Assad must leave power and play no role in a transitional government, while Assad and his closest advisors have made it clear repeatedly that his role is not up for debate in the Geneva talks.

The two sides were unable to even agree on the finer points of a plan to get desperately needed humanitarian aid into the rebel-held city of Homs, the country's third largest metropolis.

Homs has been under siege since June 2012 after rebels there rose up against the regime, with an estimated 3,000 people living with near-daily shelling and the barest of supplies.

“The convoys are ready and waiting to enter.  Authorization has not been given yet but we will not give up,” Brahimi said.

Brahimi admitted as the talks closed on Monday that the negotiations "haven’t produced much," reported CBS News’ George Baghdadi.

Monday marked the third day of the U.N.-sponsored talks between the two sides in Geneva, and the first aimed at dealing with the most contentious issue of the plan for a transitional government.

The talks represent the most serious diplomatic effort to date to get the two sides to find a political solution to the civil war which has left more than 130,000 people dead and forced millions from their homes.