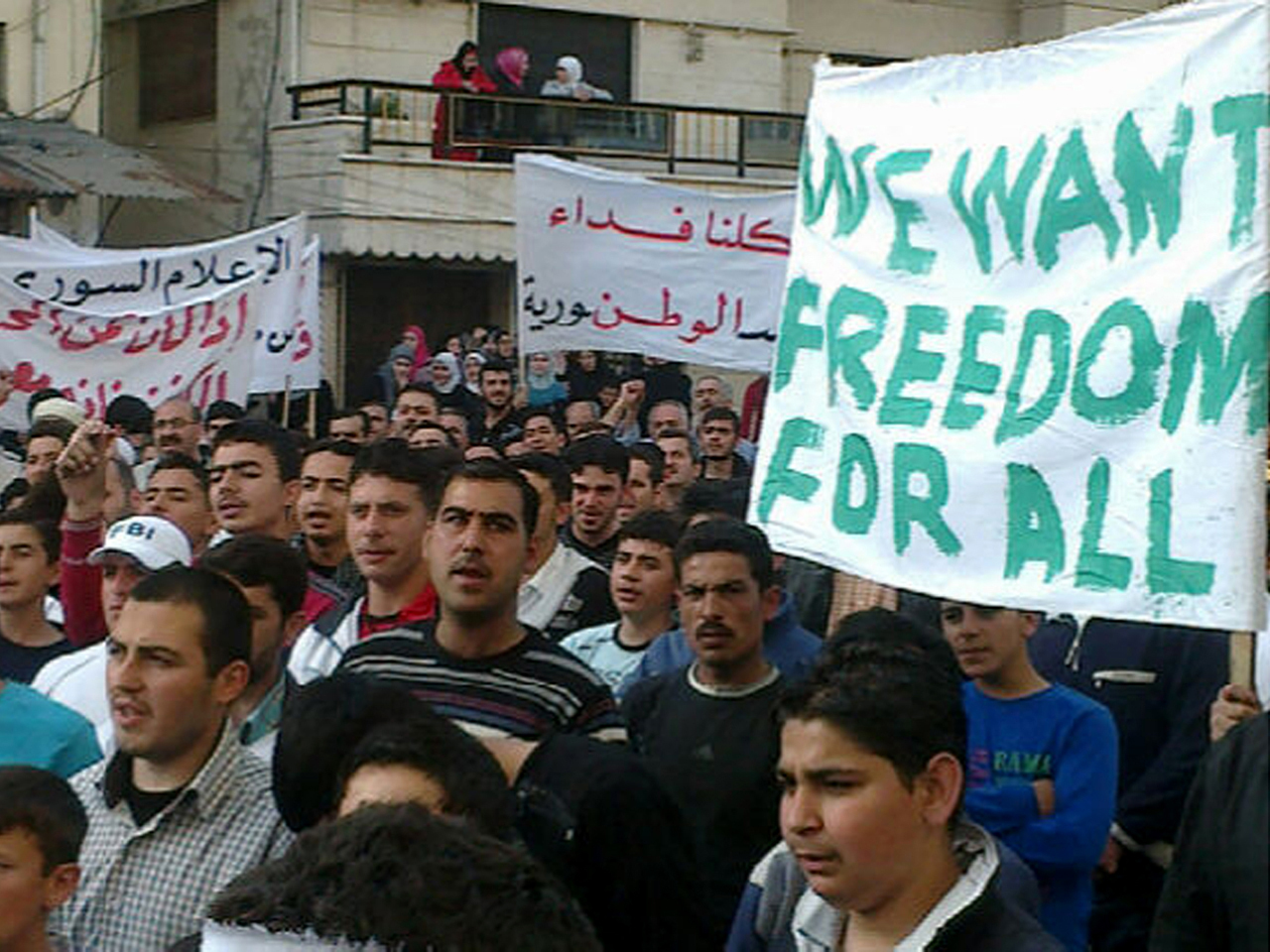 BEIRUT - Syria's government approved lifting the country's nearly 50-year-old state of emergency Tuesday to meet a key demand of anti-government protesters, but also issued a stern warning to demonstrators to call off their challenges to President Bashar Assad's hard-line rule.

As a show of their seriousness, security officials fired on protesters in Homs on Tuesday, where people had a day earlier held funerals for demonstrators shot and killed by police. At least one person was killed, reports The Washington Post.

The mixed messages leave ample doubt about whether authorities will ease their increasingly harsh blows against the month-old protests. Assad's regime has labeled the protest movement as an "armed insurrection" that could give them the cover to continue the crackdown.

Assad last week had told his cabinet to remove the state of emergency — in place since his Baath Party took power in March 1963 - but added that such a move would give protesters no more reason to take to the streets. This could give Assad further pretext to move against any further marches or rallies.

The emergency law gives the regime a free hand to arrest people without charge and extends the state's authority into virtually every aspect of Syrians' lives, reports CBS News' George Baghdadi.

Syria's official news agency SANA said the cabinet also approved abolishing the state security court, which handled the trials of political prisoners, and approved a new law allowing the right to peaceful protests. The changes need parliament approval, but no objections are expected at its next session planned for May 2.

Most of Syria's 23 million people were born or grew up under the strict control of the state of emergency that, among other things, puts strict control on the media, allows eavesdropping on telecommunications and permits arrests without warrants from judicial authorities.

The regime had claimed the reason for the emergency rule is because of the technical state of war with archenemy Israel, but rights groups and others say it was mostly used to as the backbone of the authoritarian system.

Earlier, security forces opened fire with live ammunition and tear gas on hundreds of anti-government demonstrators during a pre-dawn raid that killed at least one person, witnesses said.

The warning to protesters raised the specter of an increasingly violent crackdown on the monthlong protest movement against President Bashar Assad's authoritarian regime. The uprising is posing the most serious threat to the Assad family's ruling dynasty.

The death toll from a security crackdown over the past four weeks has topped 200, human rights groups say.