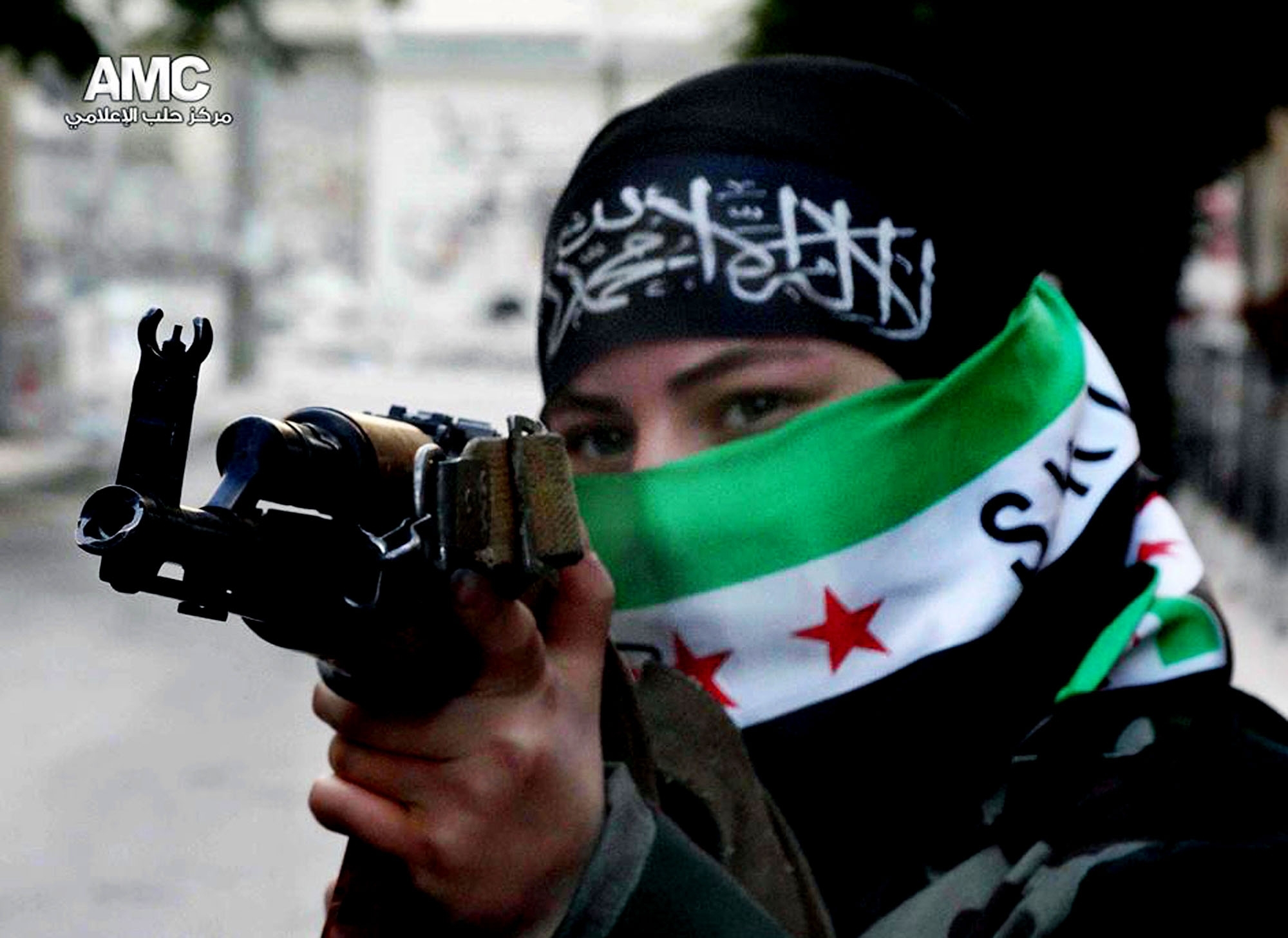 BEIRUTMore than 100,000 people have been killed since the start of Syria's conflict over two years ago, an activist group said Wednesday.

The Britain-based Syrian Observatory for Human Rights, which has been tracking the death toll in the conflict through a network of activists in Syria, released its death toll at a time when hopes for a negotiated settlement to end the civil war fade.

It said it had tallied a total of 100,191 deaths over the 27 months of the conflict, but Observatory chief Rami Abdul-Rahman said he expected the real number was higher as neither side was totally forthcoming about its losses.

On the government side, 25,407 are members of President Bashar Assad's armed forces, 17,311 are pro-government fighters and 169 are militants from Lebanon's Hezbollah, who have fought alongside army troops.

Entry of the foreign media into Syria is severely restricted and few reports from the fighting can be independently verified.

Earlier this month, the Observatory, which remains a pro-opposition organization, first said its statistics showed Assad's backers -- both uniformed troops and unofficial militia members -- represented a far higher proportion of the deaths from the drawn-out crisis than has been previously reported.

Also in June, the U.N. raised its official tally of those killed in the conflict to 93,000 between March 2011 when the crisis started and end of April this year.

The government has not released death tolls. The state media published the names of the government's dead in the first months of the crisis, but then stopped publishing its losses after the opposition became an armed insurgency.

Abdul-Rahman said that the group's tally of army casualties is based on information from military medical sources, records obtained by the group from state agencies and activists' own count of military funerals in government areas of the country. Another source for regime fatalities are activist videos showing dead soldiers killed in rebel-held areas who are later identified.

Abdul-Rahman believes the number of combatants killed on both sides is probably much higher as neither the government nor the rebels are fully transparent about battlefield casualties.

Syria's conflict began as peaceful protests against Assad's rule. It gradually became an armed conflict after the Assad's regime used the army to crackdown on dissent and some opposition supporters took up weapons to fight government troops.

Even the most modest international efforts to end the Syrian conflict have failed. U.N.'s special envoy to Syria, Lakhdar Brahimi, told reporters on Tuesday that an international peace conference proposed by Russia and the U.S. will not take place until later in the summer, partly because of opposition disarray.

The fighting has increasingly been taking sectarian overtones. Sunni Muslims dominate the rebel ranks while Assad's regime is dominated by Alawites, an offshoot sect of Shiite Islam.

It has also spilled over Syria's borders, especially into Lebanon, where factions supporting opposing sides have clashed in the northern city of Tripoli and in the eastern Bekaa valley. Lebanese are divided over Syria's civil war with some supporting President Bashar Assad's regime and others backing the opposition. More than 550,000 Syrians have fled to neighboring Lebanon as a result of the war.

Earlier this week, sectarian tensions drew Lebanon's weak army into fighting. Eighteen soldiers were killed in a two-day battle between the army and supporters of a radical Sunni sheik in the southern city of Sidon. The army had earlier reported 17 deaths and said Wednesday that another soldier died of his wounds in a hospital.

The conflict reached the capital Beirut on Wednesday when masked men ambushed a bus and attacked the approximately 30 people aboard with knives, a Lebanese official said. He said 10 people were wounded in the attack in the eastern part of the city, including five Syrians, two Palestinians and three Lebanese, the officials said. He spoke anonymously in line with regulations.

Lebanon's state-run National News Agency said the bus was carrying Syrians headed to a TV studio in the eastern Sunday Market district to take part in a cultural program. It said there were eight attackers, who fled the area.

The conflict has also polarized the region. Several Gulf states including Sunni-majority Saudi Arabia, Washington's key ally and a foe of Iran, back the rebels. Tehran, a Shiite powerhouse, supports Assad.

Saudi Arabia is sending lethal aid to the rebels. The United States also said it will provide arms to the opposition despite the Obama administration's reluctance to send heavier weapons for fear they might end up in the hands of al Qaeda-affiliated groups. Russia, Assad's staunch supporter, has been providing his army with weapons.

In Damascus, Syrian Information Minister Omran al-Zoubi lashed out at Saudi Arabia, accusing the Gulf kingdom of backing "terrorists" after Riyadh condemned Damascus for enlisting fighters from its Lebanese ally in its struggle with rebels.

Damascus has previously blamed the Sunni Gulf states, who along with the United States and its European allies back the Syrian opposition, for the civil war.

The remarks by al-Zoubi were carried late Tuesday by the state agency SANA after Saudi Foreign Minister Prince Saud al-Faisal met with U.S. Secretary of State John Kerry in Jiddah and condemned Assad for bolstering his army with fighters from Hezbollah. Prince Saud charged that Syria faces a "foreign invasion."

Al-Zoubi fired back, saying Saudi diplomats have blood on their hands and are "trembling in fear of the victories of the Syrian army."

The Syrian military with Hezbollah's help captured the central town of Qusair earlier this month and says it is building on the victory to attack rebel-held areas elsewhere.