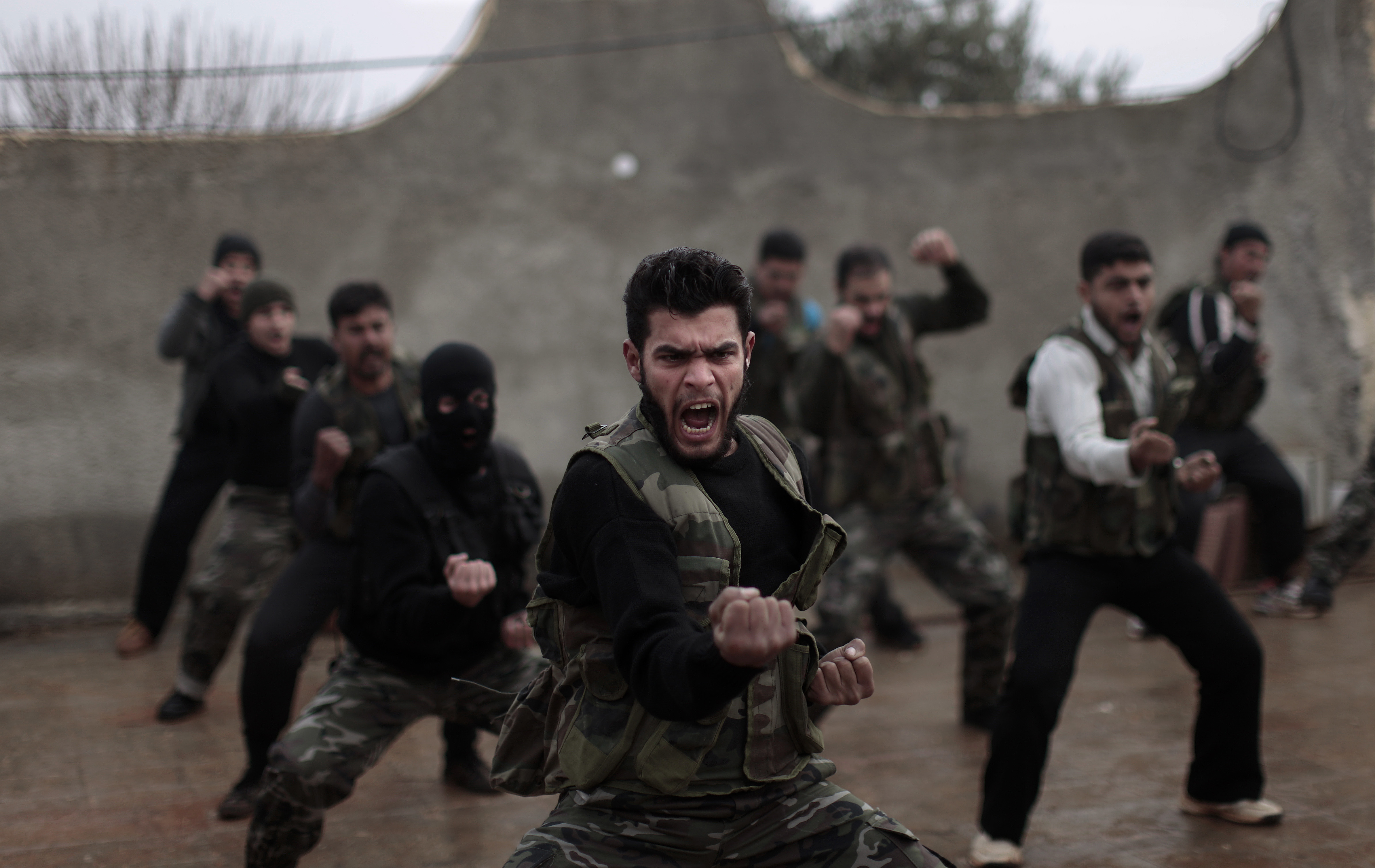 BEIRUT A U.N. report on Syria said Tuesday there are "reasonable grounds" to believe that limited quantities of toxic chemicals have been used as weapons in at least four attacks in Syria's civil war, but that more evidence is needed to determine the precise chemical agents used and who used them.

The U.N. Commission of Inquiry said conclusive findings can be reached only after testing samples are taken directly from victims or the site of the alleged attacks. It called on Damascus to allow a team of experts into the country.

The commission's report to the Human Rights Council on violations in Syria's conflict accused both sides of committing war crimes. In an apparent message to European countries considering arming Syrian rebels, the report warned that the transfer of arms would heighten the risk of violations, leading to more civilian deaths and injuries.

"War crimes and crimes against humanity have become a daily reality in Syria where the harrowing accounts of victims have seared themselves on our conscience," the report said. "There is a human cost to the increased availability of weapons," it added.

"The U.N. Commission accusing both sides of war crimes confirms the U.S. and European Union's worst fear -- that the fighting has gotten so brutal that it becomes difficult to send help," notes CBS News foreign affairs analyst Pamela Falk.

Meanwhile, one of the most widely referenced outside groups monitoring the daily violence inside Syria, the London-based Syrian Observatory For Human Rights, presented new statistics suggesting backers of President Bashar Assad -- both uniformed troops and unofficial militia members -- represented a far higher proportion of the deaths from the drawn-out crisis than has been previously reported.

There are no independently verified figures available on how many people have been killed in the two-year-plus civil war, or on their identities. The United Nations says at least 70,000 have died, but the Observatory, which claims to receive information from a network of about 5,000 contacts on both sides of the fight inside Syria, told CBSNews.com on Tuesday that the death now stands at 94,786.

Cecile Pouilly, of the U.N.'s Office of the High Commissioner for Human Rights, said the global body would be offering a revised death toll for the Syrian crisis "in the next couple of weeks." She did not indicate what the revisions would include, or whether it would include a breakdown of civilian, and pro- versus anti-regime deaths.

According to the numbers gathered by the Observatory -- which has been and remains an organization sympathetic to the Syrian opposition -- 44 percent of that total is made up of official Syrian government military and security forces as well as unofficial regime supporters.

That figure stands in sharp contrast to inferences from Assad's many international opponents, including U.S. government officials, who have suggested the majority of the deaths have been inflicted by the regime's military upon opponents and non-combatant civilians.

Speaking on May 22 in Jordan, Secretary of State John Kerry seemed to pin the entire 70,000 U.N. death toll squarely on Assad himself.

According to the Observatory tally, the Assad regime's armed backers have suffered more casualties than any other group during the war, with 41,786 killed. Non-combatant civilians, according to Observatory founder Rami Abdurrahman, account for 35,757 of those killed since the beginning of the conflict. By contrast, Aburrahman told CBSNews.com that 14,777 rebel fighters had been killed.

Syrian soldiers were reportedly killed and injured in the incident, which the rebels blame on Syrian forces. Opposition activists have claimed more than six instances when regime forces used chemical weapons.

Ban is insisting on a broader investigation, including a December incident in Homs. He appointed Swedish chemical weapons expert Ake Sellstrom to lead a U.N. investigation. Syria has refused to allow his team into the country.

The confirmed use of chemical weapons could escalate the international response to the more than two-year-old conflict, which has killed more than 70,000 people, according to the United Nations. President Obama has said their use would be a "red line," but the administration says it still looking for solid evidence.

"There are reasonable grounds to believe that chemical agents have been used as weapons," the report said. "It has not been possible, on the evidence available, to determine the precise chemical agents used, their delivery systems or the perpetrator."

The report said there are allegations of government forces using chemical weapons in four instances, but also did not rule out rebels using them.

"It is possible that anti-government armed groups may access and use chemical weapons.... though there is no compelling evidence that these groups possess such weapons or their requisite delivery systems," the report said.

"Conclusive findings — particularly in the absence of a large-scale attack — may be reached only after testing samples taken directly from victims or the site of the alleged attack," it said.

The report, covering the period from mid-January to mid-May, accused both sides of committing war crimes. On the government side, the report accused government forces and affiliated militia of committing torture, rape, forcible displacement and enforced disappearance. On the rebel side, the report accused armed groups of carrying out sentencing and execution without due process, as well as committing torture, taking hostages and pillaging.

But it said violations and abuses by the rebels "did not, however, reach the intensity and scale of those committed by government forces and affiliated militia."

"A dangerous state of fragmentation and disintegration of authority prevails in areas under anti-government armed groups control, despite attempts to fill the vacuum left by the withdrawal of the state through creating local councils," it said.