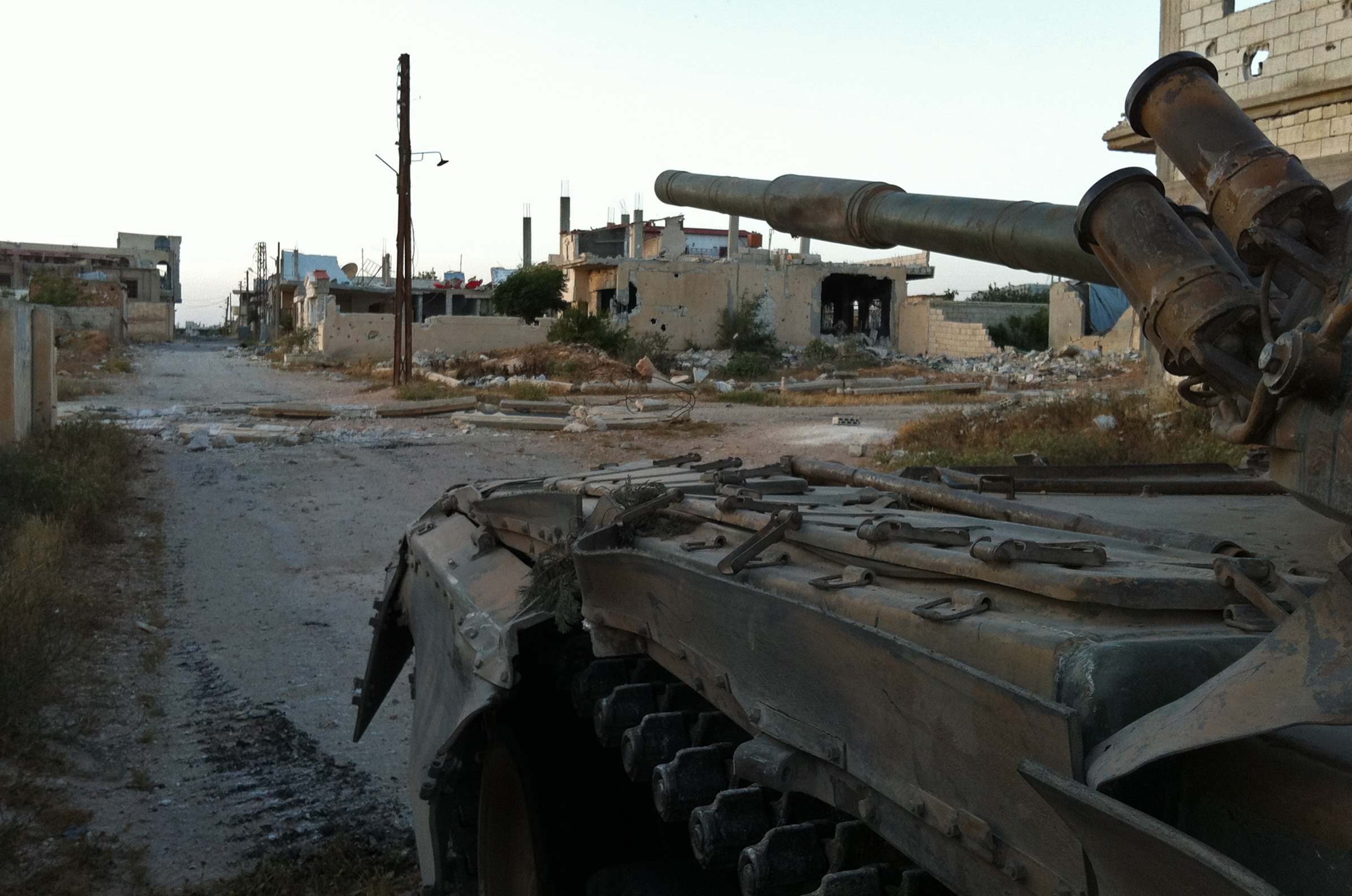 BEIRUT Syrian troops, backed by Hezbollah fighters, pressed on with their offensive Friday in the country's opposition heartland, taking two small villages near a strategic town that was captured by the government this week.

Following Wednesday's capture of Qusair, President Bashar Assad's forces appear to have turned their sights to driving rebels from the country's densely populated heartland, including the cities of Homs and Aleppo.

Government forces faced little resistance Friday as they took control of the central villages of Salhiyeh and Masoudiyeh, activists and the state SANA news agency said.

The push brought Assad's troops and their Hezbollah allies to the edge of al-Buwaida village, where rebels who withdrew from Qusair took up positions and regrouped. On Thursday, the rebels also lost the nearby village of Dabaa.

The leader of Syria's main, Western-backed opposition group warned, meanwhile, that Hezbollah's increased involvement was transforming the war in Syria into a sectarian conflict between Sunnis and Shiites.

George Sabra, acting head of the Syrian National Coalition, said peace negotiations were not possible as long as Hezbollah and Iran were fighting alongside Assad's regime. It was the first indication from the Coalition that the role Hezbollah, and through it, Iran, is taking in the conflict might prompt the opposition to withdrawal from a peace conference tentatively slated for Geneva in July.

Russia and the United States have been trying to get representatives from the Assad regime and the opposition around a negotiating table for the conference, but a round of pre-conference discussions this week yielded only a provisional plan to hold the summit sometime in July, and neither the opposition nor the Assad regime has confirmed who might represent them in the talks.

Sabra told The Associated Press Friday that Syria was under occupation from foreign troops and urged the international community to act now or risk the Syrian conflict spreading to other parts of the Middle East.

He said that Hezbollah militants, who back President Bashar Assad's regime, were "all over the country," including in Aleppo and Damascus. His claims could not be independently verified.

Casualties from Friday's clashes were not immediately known but the past three weeks of fierce fighting have left dozens of rebels, troops and Hezbollah fighters dead.

Since joining the battle in Qusair in full force in April, the Lebanese militant group has helped tip the balance of power to Assad's side, enabling the regime to take most of the towns and villages near the border with Lebanon.

Syrian state TV reported on Friday that troops were chasing rebels in al-Buwaida.

To the north, the rebels attacked an air base and fired tank shells at its command building but failed to capture it, the Britain-based Syrian Observatory for Human Rights said.

The Mannagh air base has been under rebel siege for months but Mohammed Said, an Aleppo-based activist, said the rebels have failed to advance their attack on the facility.

There were also sporadic clashes Friday in the southern Syrian region of Quneitra in the Golan Heights, the Observatory reported.

On Thursday, the rebels briefly seized control of a border crossing near the town of Quneitra along the Israeli-controlled Golan Heights but government troops re-captured it later in the day.

The clashes prompted the withdrawal of a major Austrian peacekeeping contingent that is part of a U.N. force that patrols the contested area and heightening fears in Israel that it could soon be dragged into the neighboring country's civil war.

Syria's conflict started with largely peaceful protests against Assad's regime in March 2011 but morphed into a bloody civil war that has killed more than 70,000 people, according to the United Nations.