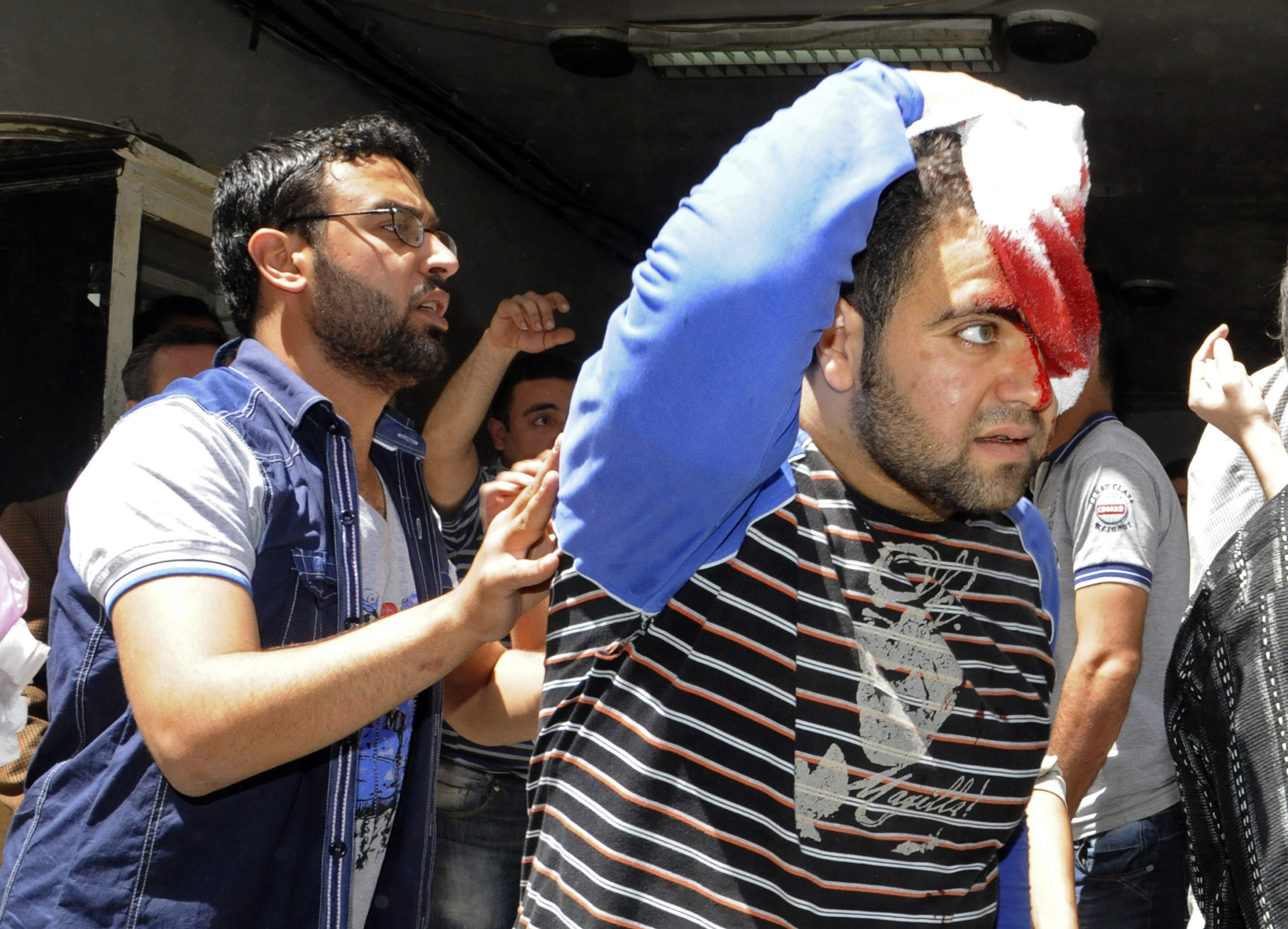 DAMASCUS, Syria A powerful explosion rocked central Damascus on Tuesday, killing at least 13 people according to the Syrian Interior Ministry.

The nature of Tuesday's explosion in the heart of Damascus was not immediately confirmed, but local media reports suggested it was a car bomb.

Resident said they heard a powerful blast and saw thick, black smoke billowing from behind a group of buildings.

Gunfire was heard in the area immediately after the Tuesday morning explosion.

Syrian TV said the explosion occurred in the central district of Marjeh, near the Interior Ministry, although the target was not immediately clear.

The blast came a day after Syria's prime minister narrowly escaped an assassination attempt in a heavily protected area of Damascus.

Prime Minister Wael al-Halqi was unhurt in the bombing in the capital's western neighborhood of Mazzeh, state TV said. The TV showed footage of heavily damaged cars and debris in the area of the blast as firefighters fought to extinguish a large blaze caused by the explosion.

The daring Monday attack in the upscale neighborhood, which is home to many embassies and officials, was another blow to the government, exposing its vulnerability in the very seat of Assad's powerbase.

Monday and Tuesday's bombings show that anti-government elements in Syria are becoming increasingly brazen, striking in highly secure Damascus neighborhoods. Mazzeh is also home to a major military air base, and top officials live in the posh district.