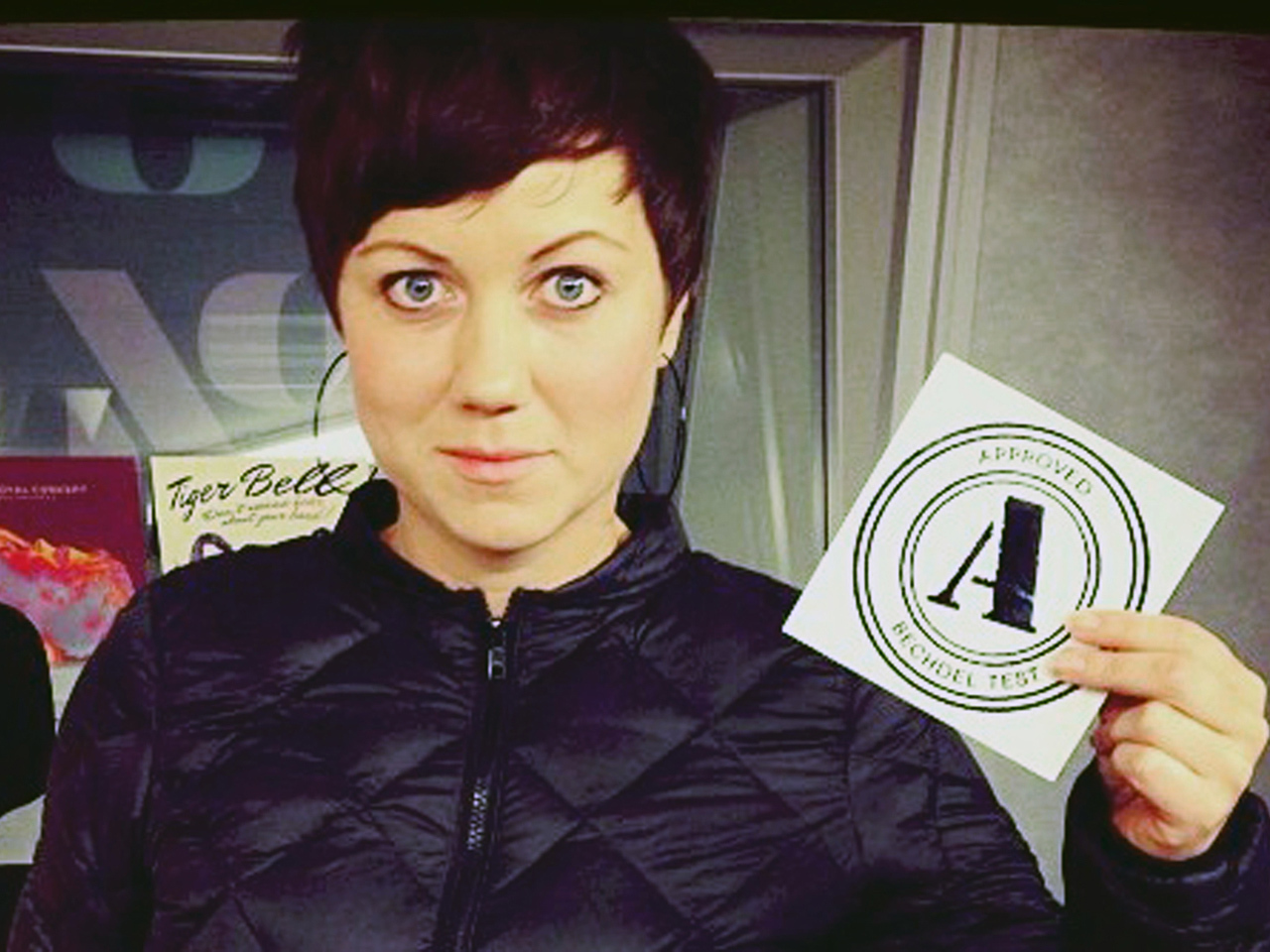 STOCKHOLM - You expect movie ratings to tell you whether a film contains nudity, sex, profanity or violence. Now movie theaters in equality-minded Sweden are introducing a new rating to highlight gender bias, or rather the absence of it.

To get an "A'' rating, a movie must pass the so-called Bechdel test, which means it must have at least two named female characters who talk to each other about something other than a man.

"The entire 'Lord of the Rings' trilogy, all 'Star Wars' movies, 'The Social Network,' 'Pulp Fiction' and all but one of the 'Harry Potter' movies fail this test," said Ellen Tejle, the director of Bio Rio, an art-house movie theater in Stockholm's trendy Sodermalm district.

Bio Rio is one of four Swedish movie theaters that launched the new rating last month to draw attention to how few movies pass. Most visitors have reacted positively to the initiative "and for some people it has been an eye-opener," said Tejle, reclining in one of Bio Rio's cushy red seats.

Beliefs about women's roles in society are influenced by the fact that movie watchers rarely see "a female superhero or a female professor or person who makes it through exciting challenges and masters them," Tejle said, noting that the rating doesn't say anything about the quality of the film. "The goal is to see more female stories and perspectives on cinema screens."

The state-funded Swedish Film Institute supports the initiative, which is starting to catch on. Scandinavian cable TV channel Viasat Film says it will start using the ratings in its film reviews and has scheduled an "A'' rated "Super Sunday" on Nov. 17, when it will show only films that pass the test, such as "The Hunger Games," ''The Iron Lady" and "Savages."

The Bechdel test got its name from American cartoonist Alison Bechdel, who introduced the concept in her comic strip "Dykes to Watch Out For" in 1985. It has been discussed among feminists and film critics since then, but Tejle hopes the "A'' rating system will help spread awareness among moviegoers about how women are portrayed in films.

In Bio Rio's wood-paneled lobby, students Nikolaj Gula and Vincent Fremont acknowledged that most of their favorite films probably wouldn't get an "A'' rating.

"I guess it does make sense, but to me it would not influence the way I watch films because I'm not so aware about these questions," said Fremont, 29.

At least one Hollywood star sounded excited by the idea when asked about it by The Associated Press.

"A feminist ratings system? That's so interesting!" actress-producer Jada Pinkett Smith said in Beverly Hills, California, where she was attending a benefit dinner for gender equality. "I say, hey, let's see if it works!"

The "A'' rating is the latest Swedish move to promote gender equality by addressing how women are portrayed in the public sphere.

Sweden's advertising ombudsman watches out for sexism in that industry and reprimands companies seen as reinforcing gender stereotypes, for example by including skimpily clad women in their ads for no apparent reason other than to draw eyeballs.

Since 2010, the Equalisters project has been trying to boost the number of women appearing as expert commentators in Swedish media through a Facebook page with 44,000 followers. The project has recently expanded to Finland, Norway and Italy.

For some, though, Sweden's focus on gender equality has gone too far.

"If they want different kind of movies they should produce some themselves and not just point fingers at other people," said Tanja Bergkvist, a physicist who writes a blog about Sweden's "gender madness."

The "A'' rating also has been criticized as a blunt tool that doesn't actually reveal whether a movie is gender-balanced.

"There are far too many films that pass the Bechdel test that don't help at all in making society more equal or better, and lots of films that don't pass the test but are fantastic at those things," said Swedish film critic Hynek Pallas.

Pallas, who moved from communist Czechoslovakia to Sweden in the 1970s, also criticized the state-funded Swedish Film Institute - the biggest financier of Swedish film - for vocally supporting the project, saying a state institution should not "send out signals about what one should or shouldn't include in a movie."

Research in the U.S. supports the notion that women are underrepresented on the screen and that little has changed in the past 60 years.

Of the U.S. top 100 films in 2011, women accounted for 33 percent of all characters and only 11 percent of the protagonists, according to a study by the San Diego-based Center for the Study of Women in Television and Film.

"Apparently Hollywood thinks that films with male characters will do better at the box office. It is also the case that most of the aspects of movie-making - writing, production, direction, and so on - are dominated by men, and so it is not a surprise that the stories we see are those that tend to revolve around men," Amy Bleakley, the study's lead author, said in an email.

In 2010, Kathryn Bigelow became the first woman to win the Academy Award for Best Director for "The Hurt Locker." That movie - a war film about a bomb disposal team in Iraq - doesn't pass the Bechdel test.