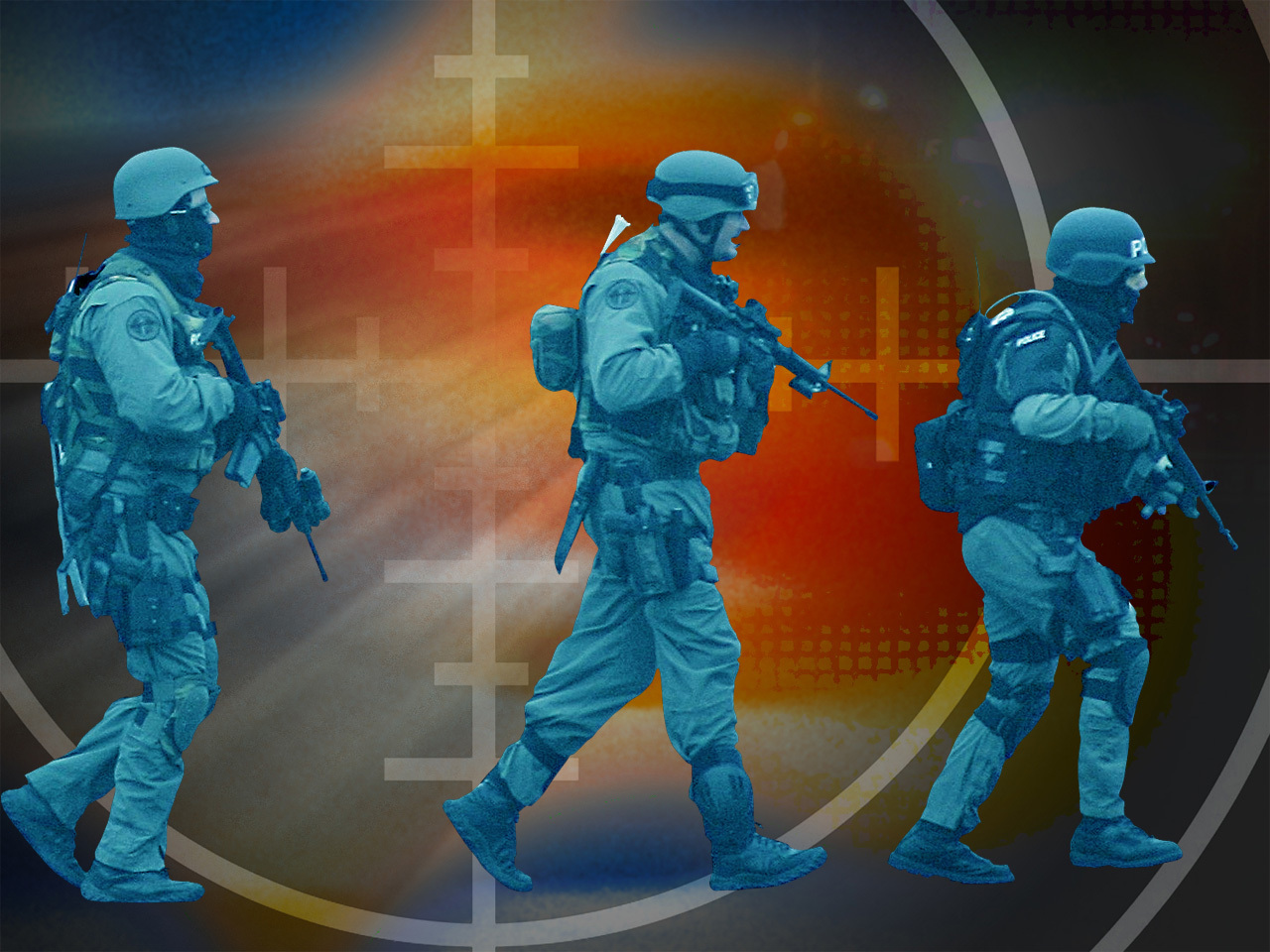 CBS News' Ben Tracy shared one "swatting" story -- that of Matt Weigman, a shy, awkward and blind 15-year-old who spent most of his time talking on free telephone chat lines. Weigman's obsession with the phone led to this 911 call: "Now listen here. I have two people held hostage here ... now you know what happens to people who are held hostage?"

The call was a prank known as "swatting," designed to lure a highly trained and heavily armed SWAT team to the home of a girl who Weigman felt insulted him in a chat room.

On the call, a voice can be heard saying, "I want help here now. If I don't have help here now in the next five minutes I swear to [expletive] God I will shoot these people, do you understand?"

Weigman made the 911 call from his home in Boston but used what's known as a spoofcard to change his phone number so it appeared as if it was coming from inside the girl's home in Colorado Springs, disguising his true identity and location.

Carlo D'Angelo, Weigman's attorney, said, "When somebody crosses a person like Matt who's incredibly gifted, Matt will retaliate, and a way that Matt would retaliate would be to SWAT your house. And send a slew of law enforcement to your front door."

Weigman's case led the FBI to coin the term "swatting." Incidents are on the rise nationwide, especially in Los Angeles, where swatters are targeting the homes of celebrities. Among those swatted in just the past two weeks are Justin Timberlake, Rhianna and Ryan Seacrest. It's also happened to Ashton Kutcher, Tom Cruise and Justin Bieber.

Charlie Beck, chief of the Los Angeles Police Department, said, "Their response to these incidents is going to be as if they were real. This isn't just one car that goes to this. It may be 10 cars; it may be 20 cars."

Asked if it's a real resource issue, Beck replied, "Of course, it's huge. This is not a game, you know. This is real life. You are taking real resources away from people that need them."

To those swatters who think this practice is funny and no real harm is being done, Beck said he would tell them, "'Well, I hope you think it's funny when you are in jail because that's what's going to happen to you.'"

Both the city of Los Angeles and the state of California are considering tough new swatting laws imposing a $10,000 fine, up to a year in jail and manslaughter charges if someone dies as a result of a fake call.

Tracy asked, "I imagine you could have a situation where an unsuspecting homeowner all of a sudden has 20 officers at his front door, guns drawn -- if that person makes the wrong move, you can have a bad situation there?"

Beck said, "And that, of course, is the biggest nightmare. This is not going to be allowed in Los Angeles, and if you do this, you better be pretty good at it."

Catching swatters is difficult because many of the 911 calls come from hard-to-track, Internet-based phone lines and are often placed by tech-savvy kids.

D'Angelo thinks Weigman should go to work for the phone companies, saying, "He'd be able to expose some very serious infrastructure deficiencies that they have. Things he was able to exploit maybe someday he might be able to help and stop the next hacker."

It will be a while. Weigman is in prison serving an 11-year sentence for phone hacking and witness intimidation.

Watch Ben Tracy's full report in the video above.

Swatting has reached a boiling point, according to CBS News senior correspondent John Miller, a former head of the LAPD's Major Crimes Division. "You have half a dozen of these cases within a few days and they're very resource-intensive," Miller said on "CBS This Morning." "When you put in that kind of call, a lot of resources respond, they set up a perimeter around the location. I think the LAPD has about had it. One of the things they're talking about now is really putting up a publicity blackout on it so people don't get the reward of the attention they're seeking in some way."

For more on why Miller says these cases are a big challenge, watch the video in the player above.

Speaking of the potential for fines and other penalties, Miller said, "They're getting serious."