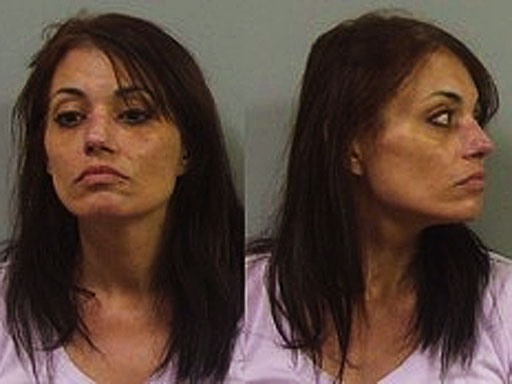 BATAVIA, N.Y. (CBS/WIVB) Suzanne Corona has been slapped with a rarely invoked charge of adultery after being caught in a public park in upstate New York with a half naked man who was not her husband - an act that would make even Hester Prynne blush.

Corona is also charged, along with her paramour Justin Amend, with public lewdness, but it's the adultery charge that has garnered her national attention.

If found guilty she would be one of only 5 people in the state to be  convicted of adulteryout of a grand total of 13 who have been charged since 1972.

After the hearing Corona spoke to reporters and downplayed the incident saying "his genitals were exposed perhaps by the zipper, but that's it."

"You could have been a passerby and not have known there was anything going on," Corona said.

As for her supportive-yet-cuckolded, husband he intends to continue to support his wife. "I've got 40 something more years to spend with my wife," he said. "I'm not gonna throw it out over one incident."