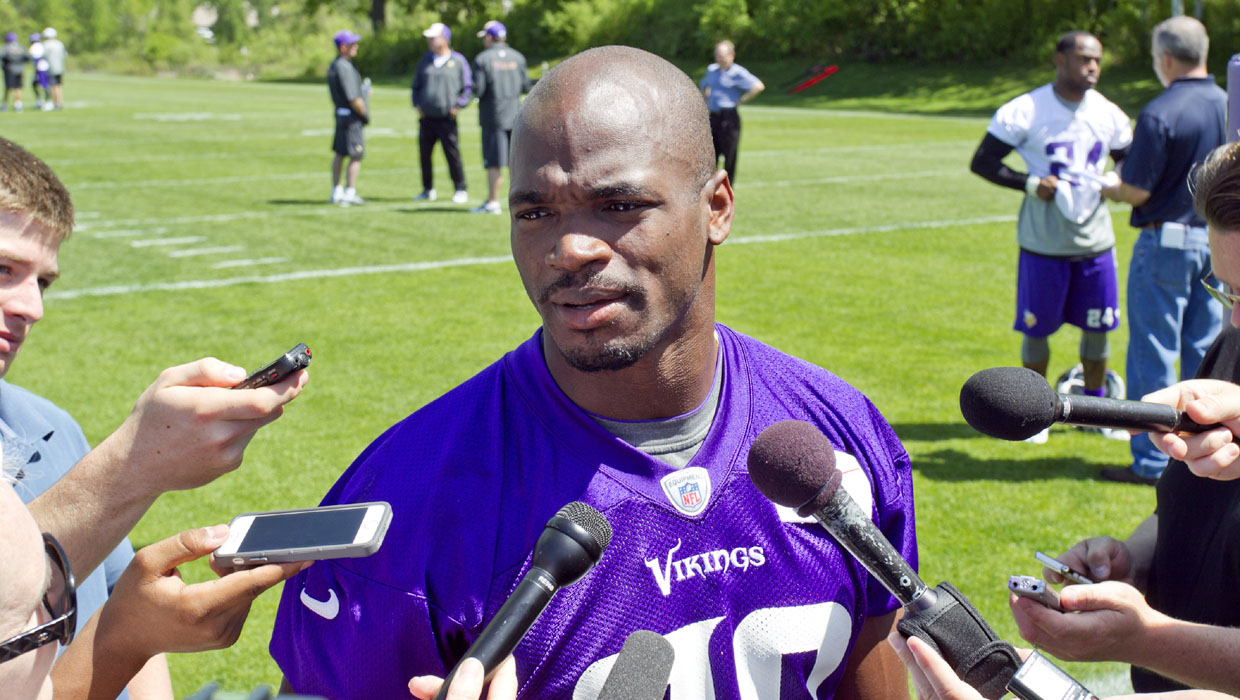 Patterson had been free on $750,000 bond while he awaits an October trial on charges including murder in the death of Tyrese Ruffin in Sioux Falls last October. Patterson was living with Doohen at the time of the boy's death and was alone with the toddler at the time of the incident. Police say Patterson hit the child in the head with a steel rod.

Vikings star Peterson had just recently found out that Tyrese was his son.

The prosecution on Wednesday in court said Patterson allegedly went to Doohen's apartment and terrorized her, twice choking her and once leaving her unconscious. She was able to call a relative, and her parents contacted police.

Minnehaha County State's Attorney Aaron McGowan told the presiding judge that Patterson held Doohen at the apartment for more than an hour and caused her physical injuries.

"The victim had ligature marks on her neck," McGowan said. He added that despite signing a no-contact order with the victim, Patterson still texted Doheen within an hour of Wednesday's court hearing.

"Mr. Patterson is a danger to both the victim and the community," Cutler said.