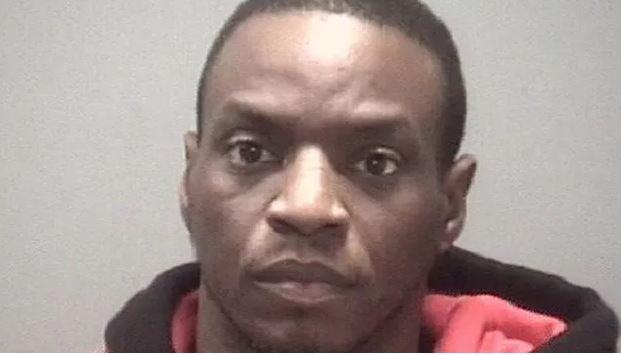 SUSSEX COUNTY, Va. -- A man wanted for the murder of a Connecticut mother in front of her children was killed by police after a pursuit in Virginia, police in New Haven say. New Haven police Chief Anthony Campbell said Tremaine Poole was being sought for the fatal shooting of 28-year-old Tyekqua Nesbitt and another shooting involving Poole's 36-year-old wife, both of which happened in May, reports CBS affiliate WFSB.

Poole was spotted in Sussex County, Virginia Wednesday morning when a state trooper flagged a vehicle on I-95 that had been reported stolen out of Connecticut. When the trooper tried to pull over the vehicle, Poole allegedly fled, and a pursuit began.

Virginia State Police said Poole fired shots out of the window, and one of the bullets struck and killed a state police narcotics detection canine. Police then exchanged gunfire with Poole near an exit, and Poole was killed in the shootout, according to WFSB. A woman who was in the car was taken into custody.

The family of Nesbitt, who was a friend of Poole's wife, had pleaded for help finding the suspect. They said her two children, 6 and 11, were traumatized after seeing their mother killed when they were riding in a car with her in New Haven May 31. Police had said the incident was related to the May 7 domestic violence shooting of Poole's wife, and issued arrest warrants for him on murder and assault charges.

Tashauna Nesbitt, Tyekqua Nesbitt's twin sister, told the Greenwich Times relief washed over her when she learned the suspect in her sister's shooting is dead.

"I'm a little at ease. Now my niece and nephew can feel some kind of reassurance that they will be OK, that he's gone. My mom can rest now, knowing that the person who took her daughter's life away is gone," Tashauna Nesbitt said of the suspect.

The FBI and the U.S. Marshals had been involved in the hunt for Poole and a $30,000 reward had been offered for information leading to his arrest.