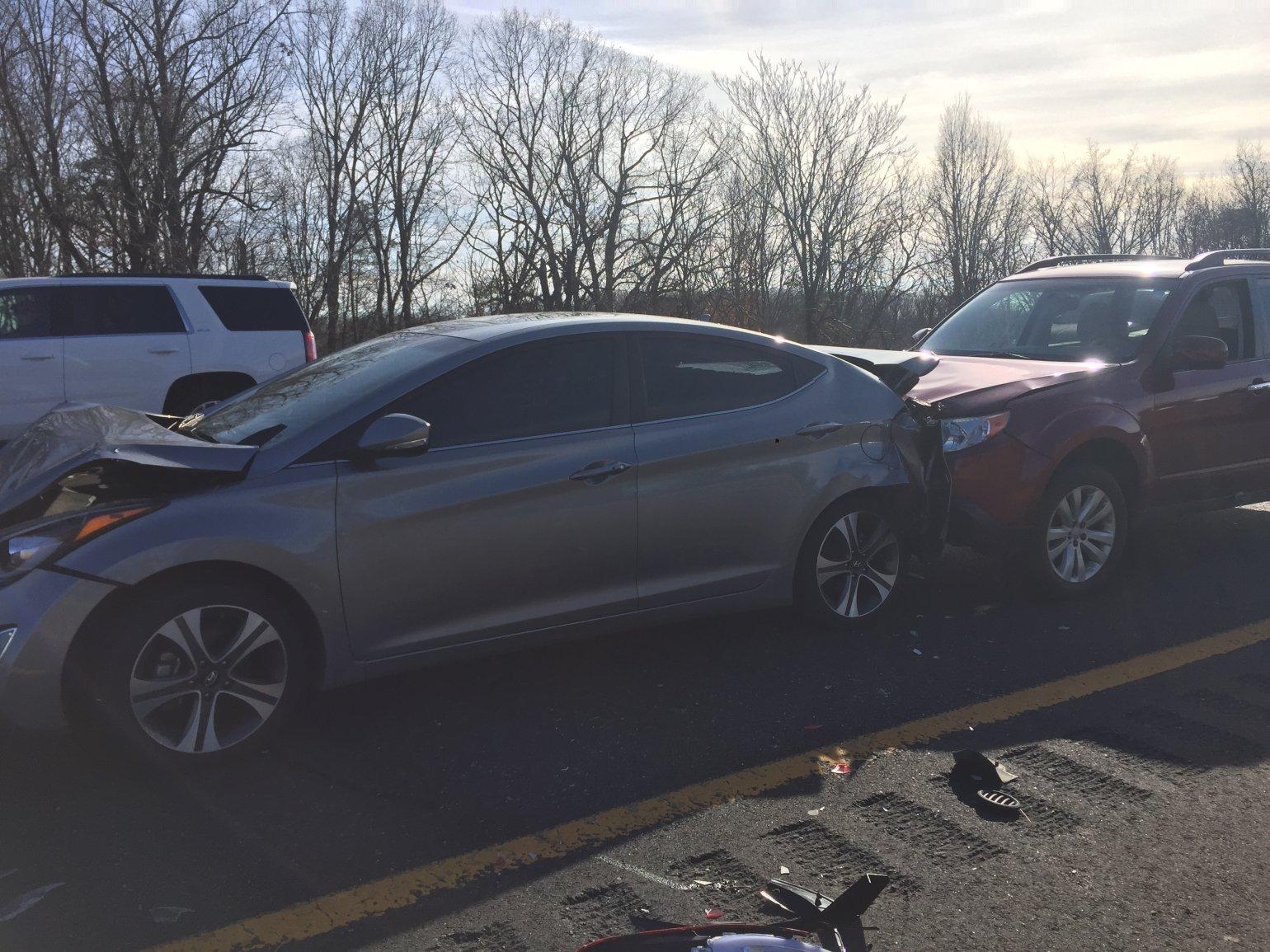 STAFFORD, Va. — Virginia police say a man suspected of shooting a woman led officers on a wild chase, shooting at them along one of the country's busiest highways Thursday.

The Stafford County Sheriff's Office received a report of a shooting at 11:24 a.m. and responded to a residence where a man had shot a woman, said Amanda Vicinanzo, a spokeswoman for the sheriff's office.

When deputies arrived, the suspect took off, she said.

He was soon spotted on Interstate 95. When a deputy and a trooper activated their vehicles' emergency lights, the suspect pulled over his SUV, got out and opened fire, reports CBS affiliate WTVR. Both vehicles were struck, Vicinanzo told CBS News.

The trooper slammed on his brakes and was hit by a driver, who was then rear-ended by another driver, according to a WTVR reporter who was involved in the pileup.

The suspect then jumped back into the SUV and fled northbound on I-95. The chase ended when his SUV crashed  and overturned a few miles further north. No bystanders were injured in the crash, according to police.

The suspect, whose identity has not been released, was transported to a hospital. His condition, as well as that of the woman he's accused of shooting, are not currently known.

The investigation and cleanup of the crash have led to a lengthy traffic snarl along the northbound side of I-95, about 45 minutes south of Washington, D.C.

Charges have not been filed.