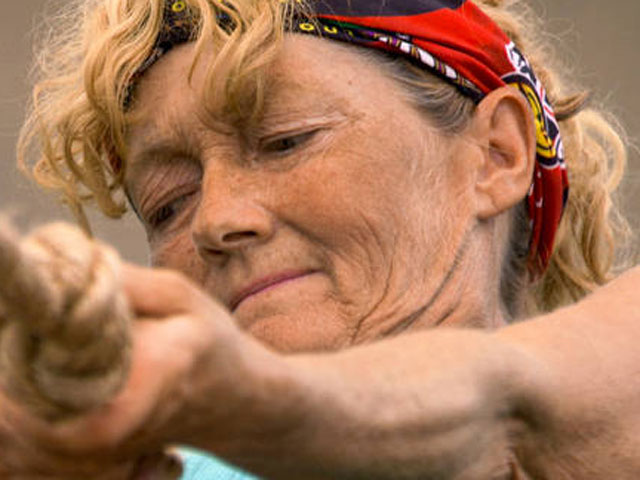 NEW YORK (CBS) Two members of the tribe bit the dust in "Survivor: Nicaragua" Thursday night. One - a human - was voted out at a tribal council; the other - a chicken - was slaughtered and eaten by the four tribemates left behind during a reward.

Jane, who went on the reward with Holly and Chase - returned to find her beloved chicken has been killed. She broke down in tears and created a little memorial on the beach to it, complete with a cross and heart made of shells.

Meanwhile, Benry was voted out at tribal council, primarily because of his strength at challenges. That's something that also puts a target on the backs of Fabio and Chase. But this week, the challenge was a puzzle and master strategist Sash won the immunity necklace.

Some points worth noting:

Every time you consider Sash a goner, he manages to spring back. This episode was no exception as he went from odd man out to swing vote.

Fabio clearly has no idea how close he came to elimination. He has way too much trust in his alliance.