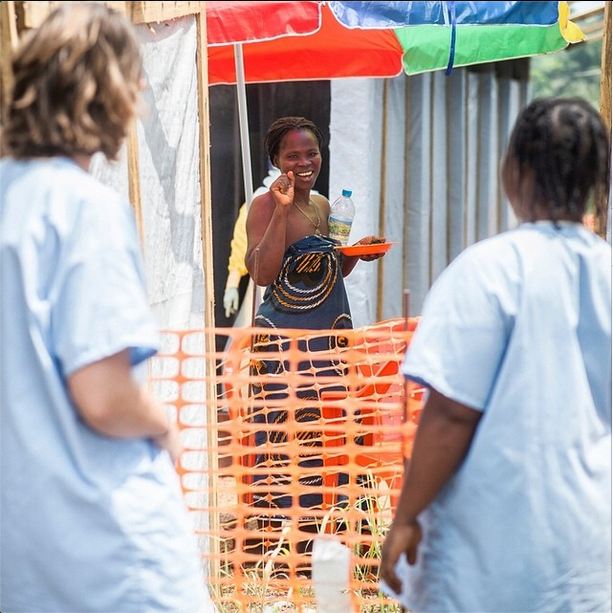 As the Ebola virus continues to ravage West Africa, one thing has become all too clear: this highly contagious virus has an incredibly poor prognosis. This outbreak is the largest ever recorded. At least 319 have been killed in Guinea, 224 in Sierra Leone and 129 in Liberia.

Anywhere from about 60 to 96 percent of people who contract Ebola will die from it. There are currently no effective drugs to fight the virus. But what exactly happens to those few patients fortunate enough to survive the disease's deadly clutches?

Any chance of surviving Ebola largely hinges upon early access to medical care when symptoms such as fever, headache, and joint and muscle pain first arise. By the time the disease progresses to hemorrhaging, it's almost always too late.

Patients who receive supportive therapies early on to manage symptoms and complications have a better chance of living through it, although survival is still far from certain. Early interventions may include intravenous fluids and electrolytes for dehydration, maintaining blood pressure, transfusions to replace blood lost due to hemorrhaging, as well as treating any subsequent infections that result from the virus. Most Ebola patients actually die from low blood pressure and shock rather than blood loss.

Medical experts say most people who manage to recover from an acute Ebola infection will likely be able to return to their life and resume normal activities. But unfortunately, Ebola survivors do often develop certain chronic inflammatory conditions that affect the joints and eyes, problems that can follow a survivor through the remainder of their life. Dr. Amar Safdar, associate professor of infectious diseases and immunology at NYU Langone Medical Center, told CBS News these chronic conditions are a result of the body's immune response.

He said Ebola survivors are at risk for arthralgia, a type of joint and bone pain that can feel similar to arthritis. Ebola survivors also frequently report complications with eyes and vision, an inflammatory condition known as uveitis which can cause excess tearing, eye sensitivity, eye inflammation and even blindness.

"No one knows exactly why," Safdar told CBS News. "Certain infections or certain viruses have been known to cause uveitis. It is treated with giving steroids and primarily something that will dilate the pupil."

It's not completely known how long a person can continue to shed the virus once the acute infection has subsided. It's likely that the recovery from Ebola varies as much as the incubation period of the virus, which can last anywhere between 2 to 21 days. According to the World Health Organization, a lab worker who contracted Ebola on the job was found to have traces of the virus in his semen 61 days after the initial infection. Though it has not been documented, this could theoretically mean a man could infect his partner during sexual intercourse weeks after he seemed to get over the disease.

Researchers are still trying to understand what factors help some patients survive Ebola when so many others do not. Sadfar and others speculate that genetics may be linked to Ebola survival. "There's something about the host population, not the virus itself," said Sadfar. "Which is why in certain demographic regions it's devastating."