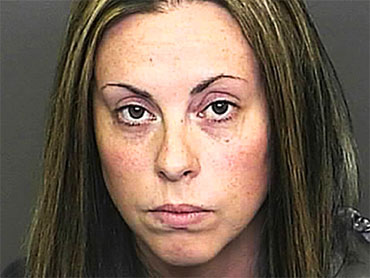 (AP Photo/Denver County Sheriff)
DENVER (CBS/AP) Kristen Parker, a Denver based surgery technician who infected three dozen people with hepatitis C and may have exposed thousands more while hiding her drug addiction from hospital officials, has been sentenced to 30 years in prison.

The 27-year-old received the sentence Wednesday in federal court in Denver after pleading guilty to some of the charges in the case.

Parker said she was stealing the powerful narcotic Fentenol, which is 80 to 100 times more powerful than morphine, from the operating rooms where she worked, and replacing it with saline. She said she intended to put the saline in clean needles but started to get careless.

Prosecutors had previously recommended that Parker get 20 years in prison, but a judge rejected the plea agreement. Some of the victims said it was not enough time.

Prosecutors say her scheme may have exposed nearly 6,000 patients at two hospitals to the virus that causes the incurable liver disease. Thirty-six of them got infected.