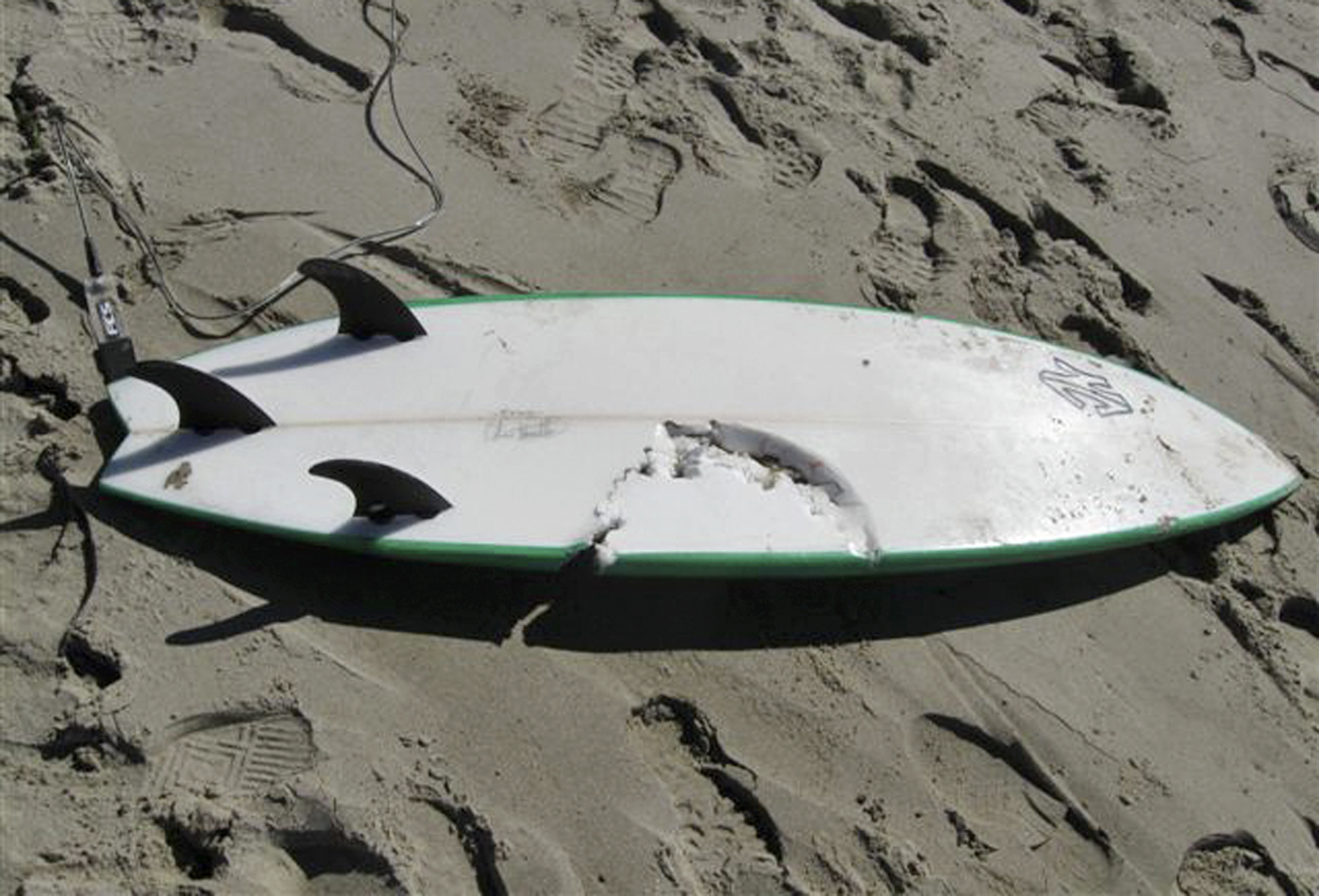 EUREKA, Calif. A 25-year-old surfer is hospitalized in fair condition after apparently being bitten by a shark off the coast of northern California.

The Eureka Times-Standard reports that other surfers attended to the seriously injured man and drove him from the beach to a highway where he was transferred to an ambulance. He was undergoing surgery at a local hospital on Tuesday afternoon.

The Humboldt County Sheriff's Office says the man had a 14-inch bite wound and other injuries on his body. He told a deputy he had been attacked by a shark.

His name has not been released.

"It punctured all the way through," surfer Jason Gabriel told the Times-Standard. "He was going 'Oh my God, oh my God.'"

The attack happened at a popular surfing spot called the North Jetty.

Another surfer, David Hargrave, tells the Times-Standard he heard the bitten man call for help and saw him wade back to shore bleeding heavily.

Francisco Javier Solorio Jr., of Orcutt, was bitten in his upper torso while he was surfing with a friend who witnessed the attack. They were in the ocean off the coastal Vandenberg Air Force Base, on Surf Beach in Lompoc, the Santa Barbara County sheriff's department said in a statement.

There have only been 11 confirmed fatal attacks in the United States since 2000, an average of one a year.