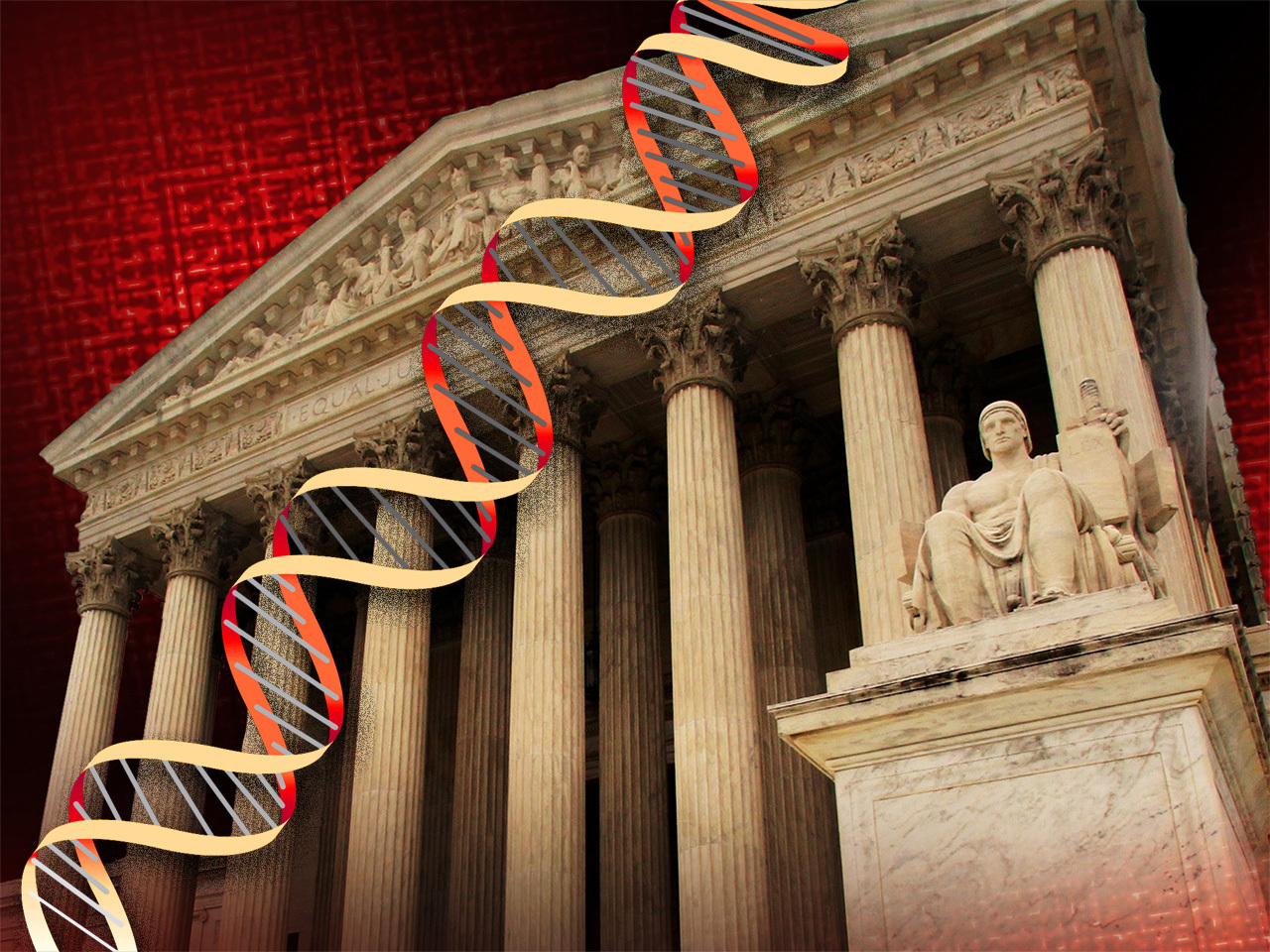 A sharply divided Supreme Court on Monday said police can routinely take DNA from people they arrest, equating a DNA cheek swab to other common jailhouse procedures like fingerprinting.

"Taking and analyzing a cheek swab of the arrestee DNA is, like fingerprinting and photographing, a legitimate police booking procedure that is reasonable under the Fourth Amendment," Justice Anthony Kennedy wrote for the court's five-justice majority.

But the four dissenting justices said that the court was allowing a major change in police powers.

"Make no mistake about it: because of today's decision, your DNA can be taken and entered into a national database if you are ever arrested, rightly or wrongly, and for whatever reason," conservative Justice Antonin Scalia said in a sharp dissent which he read aloud in the courtroom.

At least 28 states and the federal government now take DNA swabs after arrests. But a Maryland court was one of the first to say that it was illegal for that state to take Alonzo King's DNA without approval from a judge, saying King had "a sufficiently weighty and reasonable expectation of privacy against warrantless, suspicionless searches."

But the high court's decision reverses that ruling and reinstates King's rape conviction, which came after police took his DNA during an unrelated arrest. Kennedy wrote the decision, and was joined by Chief Justice John Roberts and Justices Samuel Alito, Clarence Thomas and Stephen Breyer. Scalia was joined in his dissent by Justices Ruth Bader Ginsburg, Sonia Sotomayor and Elena Kagan.

Getting DNA swabs from criminals is common. All 50 states and the federal government take cheek swabs from convicted criminals to check against federal and state databanks, with the court's blessing. The fight at the Supreme Court was over whether that DNA collection could come before conviction and without a judge issuing a warrant.

According to court documents, the FBI's Combined DNA Index System or CODIS - a coordinated system of federal, state and local databases of DNA profiles - already contains more than 10 million criminal profiles and 1.1 million profiles of those arrested.

In the case before the court, a 53-year-old woman was raped and robbed but no one was arrested. Almost six years later, Alonzo King was arrested and charged with felony second-degree assault. Taking advantage of the Maryland law that allowed warrantless DNA tests following some felony arrests, police took a cheek swab of King's DNA, which matched a sample from the 2003 Salisbury rape. King was convicted of rape and sentenced to life in prison.

King eventually pleaded guilty to a lesser charge of misdemeanor assault from his arrest, a crime for which Maryland cannot take warrantless DNA samples. The state courts said it violated King's rights for the state to take his DNA based on an arrest alone. The state Court of Appeals said King had "a sufficiently weighty and reasonable expectation of privacy against warrantless, suspicionless searches." But the high court's decision reinstates King's conviction.