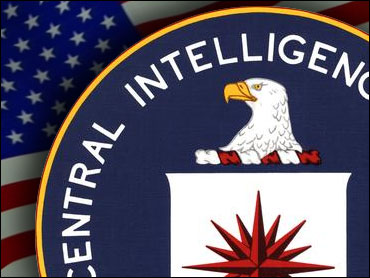 The appeal asked the court to examine two controversial aspects of the U.S. response to the 9/11 attacks, "the extraordinary rendition" program that sent the suspects to secret prisons and the "state secrets privilege."

The high court has refused several other appeals based on the government's invocation of state secrets to derail lawsuits.

The case involved five terrorism suspects who were arrested shortly after 9/11 and said they were flown by a Boeing Co. subsidiary to prisons around the world where they were tortured. A divided 9th U.S. Circuit Court of Appeals in San Francisco cited national security risks in dismissing the men's case last year.

Rejockeying to win the torture debate
McCain: If U.S. uses torture, nation will suffer
McCain: U.S. torture did not lead to bin Laden

The terror suspects sued Boeing subsidiary Jeppesen Dataplan in 2007, alleging that the extraordinary rendition program amounted to illegal "forced disappearances." They alleged that the San Jose-based subsidiary conspired with the CIA to operate the program.

A trial court judge quickly dismissed the lawsuit after the Bush administration took over defense of the case from Chicago-based Boeing and invoked the state secrets privilege, demanding a halt to the litigation over concern that top secret intelligence would be divulged.

A three-judge panel of the appeals court reinstated the lawsuit in 2009, but a larger group of judges split 6-5 in saying the case could not go forward.

After reviewing public and classified documents, the majority concluded that at least some information the government wants to protect "are valid state secrets."

The five dissenters said the men should be allowed to try to prove their case using publicly disclosed evidence.

Two of the five plaintiffs remain in prison in Egypt and Morocco.

Justice Elena Kagan took no part in the case because she worked on it when she served in the Justice Department.