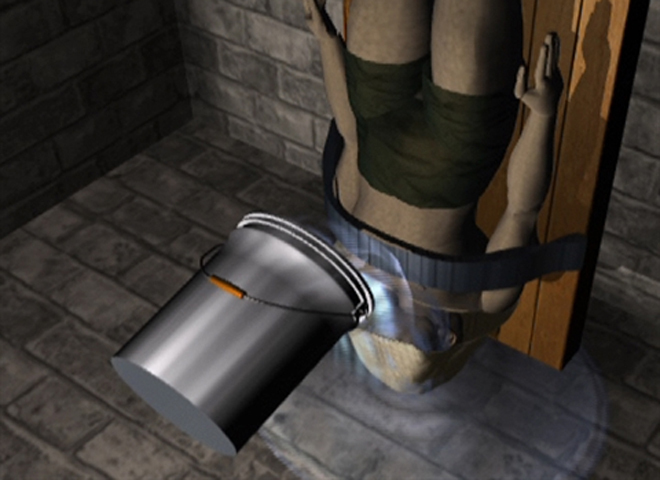 That Sen. John McCain felt compelled to insert himself into the debate over torture this week is proof in itself of the success of the other side. McCain, whose personal experience brings credibility to his views on the subject, inveighed against harsh interrogations in a Washington Post op-ed, on the Senate floor, and on CBS.

"America's always been an example and an inspiration to other countries throughout the world," McCain said on "The Early Show" on Friday. "If we practice torture and do things that diminish - and even harm - the image of the United States and motivate our enemies, then it could have profound consequences in the future."

McCain was answering statements from an array of former Bush administration officials (from Vice President Dick Cheney to Defense Secretary Donald Rumsfeld to John Yoo, the Justice Department official who penned the memo giving legal cover to interrogation practices considered illegal the world over) who have come forward to frame the killing of Osama bin Laden as a natural result of their policy of "enhanced interrogations."

The speed with which members of the former administration took credit surprised some observers, like Hofstra University presidential scholar Meena Bose. "It reflects how important it [the interrogation program] was to the Bush administration," she said.

But what's really at stake in the debate?

Not American policy. Days after taking office, President Obama signed an executive order resetting U.S. interrogation policy. He has been criticized by supporters of the Bush approach for limiting interrogations to the rules outlined in the Army field guide, but there's been no serious push to restore "enhanced interrogations."

"I don't think the death of bin Laden reopens the debate about what constitutes torture," Bose said.

The public may not agree. In an AP-Gfk poll conducted shortly after the killing of bin Laden, a clear majority of Americans - 60 percent - said the use of torture can sometimes or often be justified. (That's up from 52 percent in January 2010.) The poll was conducted from May 5-9, just as the torture debate was taking shape.

The vigor with which the former Bush officials have defended their approach has had an effect, making the argument over torture more about "he said, she said" than right and wrong. And for the casual observer, it's hard to discern a clear victor in the debate, said University of Virginia political scientist Larry Sabato.

"I've seen about equal argumentation on both sides, without any clear resolution," said Sabato, who has been following it closely. "So how are casual news viewers to know?"

Journalist Joshua E. S. Phillips, who has written extensively about American soldiers and torture, is critical of the effort to recast the narrative.

"This roll-out of Bush torture apologists and advocates shows they're just desperately invested in winning an argument and reclaiming their legacy," Phillips said.

Bose agrees that the main audience for the ex-Bush officials is historians - and that this debate is about burnishing a presidential record.

"These arguments in favor of torture are largely about the Bush legacy," Bose said. "They wanted this to happen on their watch."