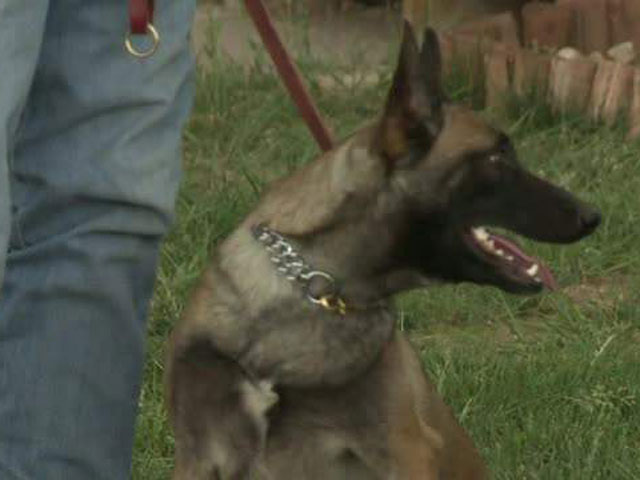 In a unanimous reversal of a lower court ruling, the Supreme Court today rejected the notion that a distinct, "bright-line" test is necessary to determine whether a drug-sniffing dog can provide probable cause for a warrantless search of a truck.

Justice Elena Kagan wrote in the unanimous opinion that the court applies a "common-sensical standard" in determining probable cause for a search, one which considers the totality of circumstances. That applies to a drug sniffing dog's alert, as it would to any other basis for probable cause.

"The question -- similar to every inquiry into probable cause -- is whether all the facts surrounding a dog's alert, viewed through the lens of common sense, would make a reasonably prudent person think that a search would reveal contraband or evidence of a crime," she wrote. "A sniff is up to snuff when it meets that test."

The irony in this case, Florida v. Harris, is that the trained narcotics dog (named Aldo) did not find the drugs he was trained to find when he prompted an officer to search Clayton Harris' truck.

Harris was pulled over for a routine traffic stop in Liberty County, Fla., in 2006. Officer William Wheetley noticed that Harris seemed nervous and had an open beer can in the vehicle. After Harris refused to let Wheetley search his vehicle, Wheetley had Aldo sniff the car. After the dog gave an alert at the door handle, the officer searched the truck. The search didn't turn up anything Aldo was trained to find, but it did reveal pseudoephedrine and other ingredients for producing methamphetamine.

Harris was charged with illegal possession of those ingredients. Once he was out on bail, Harris was stopped once again by Wheetley, and Aldo once again gave an alert to search. This time, nothing of interest was found.

In trial court, Harris sought to suppress the evidence on the grounds that Aldo's alert had not given Wheetley probable cause for a search. His lawyer didn't contest the quality of Aldo's training as a narcotics dog, but she did note that Aldo's certification was expired. The lawyer also focused on Aldo's performance in the field, particularly during the stops of Harris' truck.

The trial court denied the motion, but the Florida Supreme Court reversed that decision, declaring that a wide array of evidence was always necessary to establish probable cause, including a narcotics dog's field performance records.

In her opinion, Kagan wrote that the Florida Supreme Court "flouted" the established approach to determining probable cause.

"No matter how much other proof the State offers of the dog's reliability, the absent field performance records will preclude a finding of probable cause," Kagan wrote, noting that a rookie dog would have no chance under those standards. "That is the antithesis of a totality-of-the-circumstances analysis."

This case is one in a series of cases the Supreme Court has taken up relating to drug-sniffing dogs. The court has already upheld the use of narcotics dogs at airports and during traffic stops. One other case, Florida v. Jardines, is still pending. That case focuses on whether an officer needed a warrant before bringing his drug-sniffing dog to the front door of a house in which marijuana was suspected to be growing.

A number of outside groups filed briefs with the court in Florida v. Harris, including more than 20 state attorneys general who wanted the Supreme Court to overturn the Florida Supreme Court's decision. A handful of civil rights groups, including the American Civil Liberties Union and the Rutherford Institute, defended Harris' case.