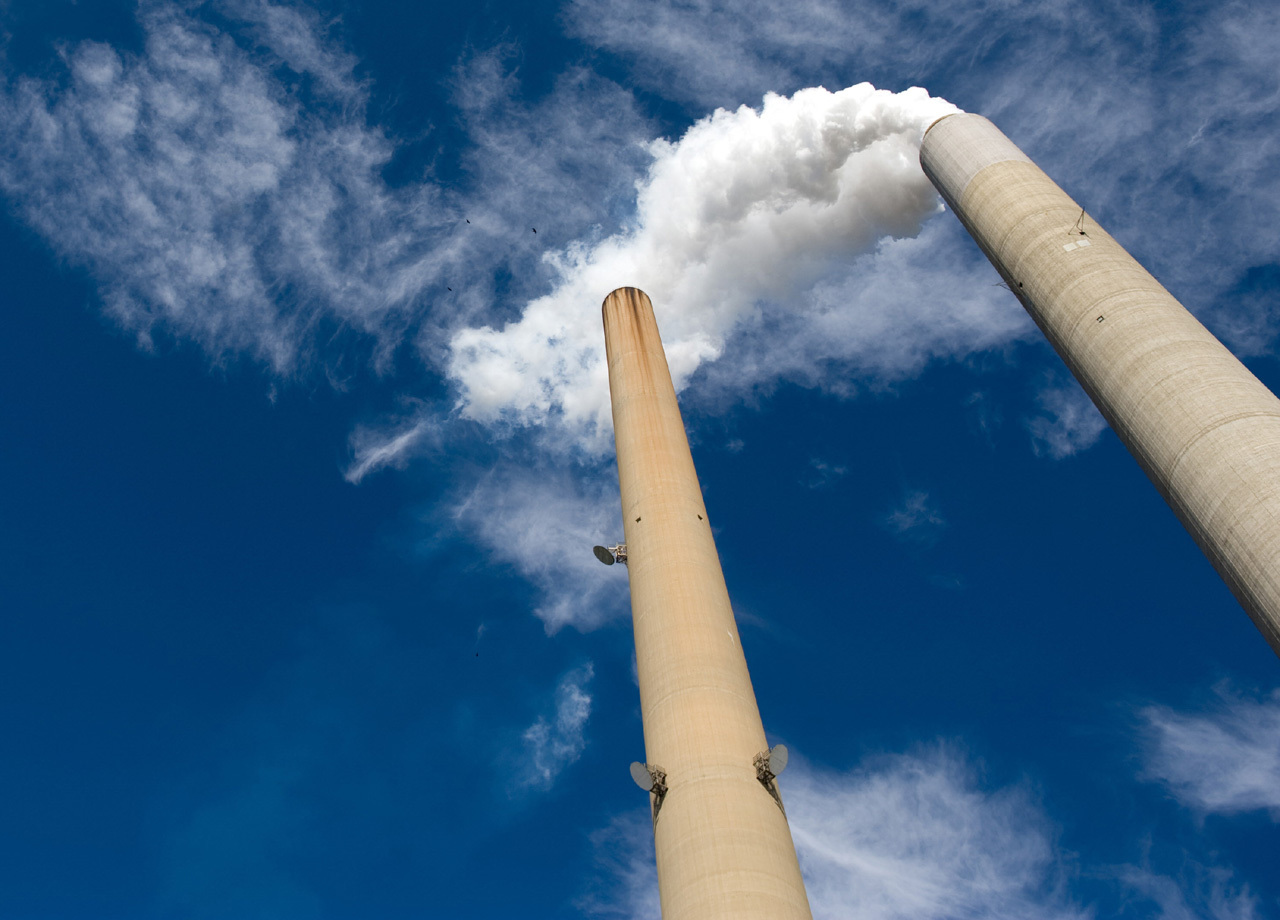 Both conservative and liberal justices questioned whether a federal judge could deal with the complex issue of global warming, a topic they suggested is better left to Congress and the Environmental Protection Agency.

The court heard argument over whether to end the lawsuit by six states, New York City and three conservation groups against four private companies and the federal Tennessee Valley Authority, the five largest emitters of carbon dioxide in the United States.

The Obama administration has joined with the companies in asking the high court to throw out the lawsuit. The administration says EPA already is considering setting emission standards that would accomplish what the states are seeking.

Recently, the GOP-lead House passed a bill that would strip EPA of its authority to regulate emissions.

Why let the lawsuit go forward, when "the agency is engaged in it right now?" said Justice Ruth Bader Ginsburg.

The lawyer representing the states acknowledged that the case was before the high court at a "peculiar moment," but said the court should block the lawsuit only if the EPA actually issues regulations.

No statute or rule "currently regulates the emissions of existing power plants," said Barbara Underwood, the New York solicitor general. Underwood said the plants operated by the companies and the TVA account for 10 percent of all carbon dioxide emitted annually in the U.S.

"This court should not close the courthouse door at the outset," Underwood said.

Lawyers for the companies and the administration focused on the enormity of the climate change issue to argue against the lawsuit.

"You have never heard a case like this before," Neal Katyal, the acting U.S. Solicitor General, said. The term global warming, Katyal said, "tells you all you need to know."

The case is the second climate change dispute at the court in four years. In 2007, the court declared that carbon dioxide and other greenhouse gases are air pollutants under the Clean Air Act. By a 5-4 vote, the justices said the EPA has the authority to regulate those emissions from new cars and trucks under that landmark law. The same reasoning applies to power plants.

Ginsburg was among the justices in the majority in 2007. Two others in that majority, Justices Stephen Breyer and Anthony Kennedy, also expressed doubts about the states' case Tuesday.

Breyer questioned whether a judge even would have the authority to issue the kind of order the states want.

Until now, pollution cases in the federal courts typically have involved a power plant or sewage treatment plant that was causing some identifiable harm to people, and property downwind or downstream of the polluting plant.

Peter Keisler, representing the companies, said global warming suggests a more complex problem in need of a comprehensive solution that includes an evaluation of the "way we use and pay for energy." Courts are ill-equipped to make that determination, Keisler said.

Justice Sonia Sotomayor, who was on the federal appeals court panel that heard the case, is not taking part in the Supreme Court's consideration of the issue.

A decision is expected by late June.