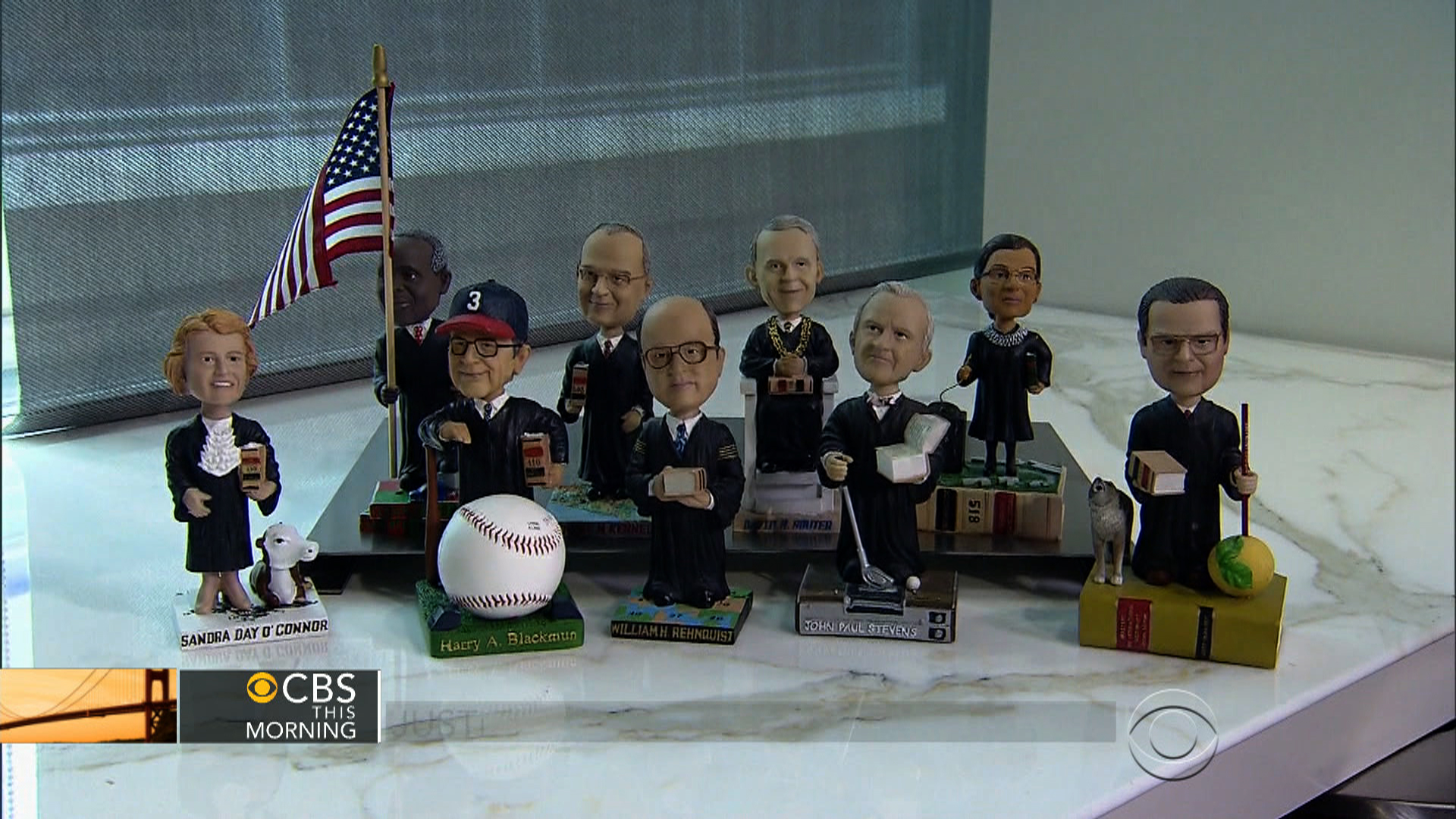 But a Washington, D.C., law professor imagined them as bobbleheads.

A baseball scholar who had a Cleveland Indians bobblehead as a boy, Ross Davies came up with the idea 10 years ago. At first, there were skeptics.

"I teach law," Davies said, "and at the time I did this, I went to my dean – who's a very good-humored fellow, and said I'm going to produce a bobblehead of Chief Justice Rehnquist. And he said, 'That's fine, uh…but I don't want to have anything to do with it.'"

But the late chief justice was flattered and sent Davies a note thanking him.

The collection now includes nine current or recent justices and demand is high. But they're not for sale - you can only get one by subscribing to the academic legal journal, The Green Bag, and then, when one is released, you have to pick it up in person.

"It is an absolutely byzantine process in a world where you're used to clicking on a website to get things delivered to your doorstep," said San Francisco lawyer Rob James.

But that didn't stop James from jumping through the hoops to get his.

Each bobblehead has symbols representing the justice's life influences or key cases they worked on.

Justice O'Connor's bobblehead stands next to a steer because she grew up on a ranch in Arizona, and has written about the influence of her upbringing on her work as a judge. And Justice Souter, is wearing bling and sitting on a lifeguard chair. "It's a contrast between sort of his public persona and some of his work," Davies said.

The bling represents a copyright case he wrote that involved 2 Live Crew. The lifeguard chair symbolizes a sex discrimination case that involved, of course, lifeguards.

The newest bobblehead is Justice Ruth Bader Ginsburg. And next up is Justice Stephen Breyer – he is going to be something of a first, because as someone who likes to cycle, he will be on a bike.

Stay tuned to see if how he'll be managing his robe on that bike.