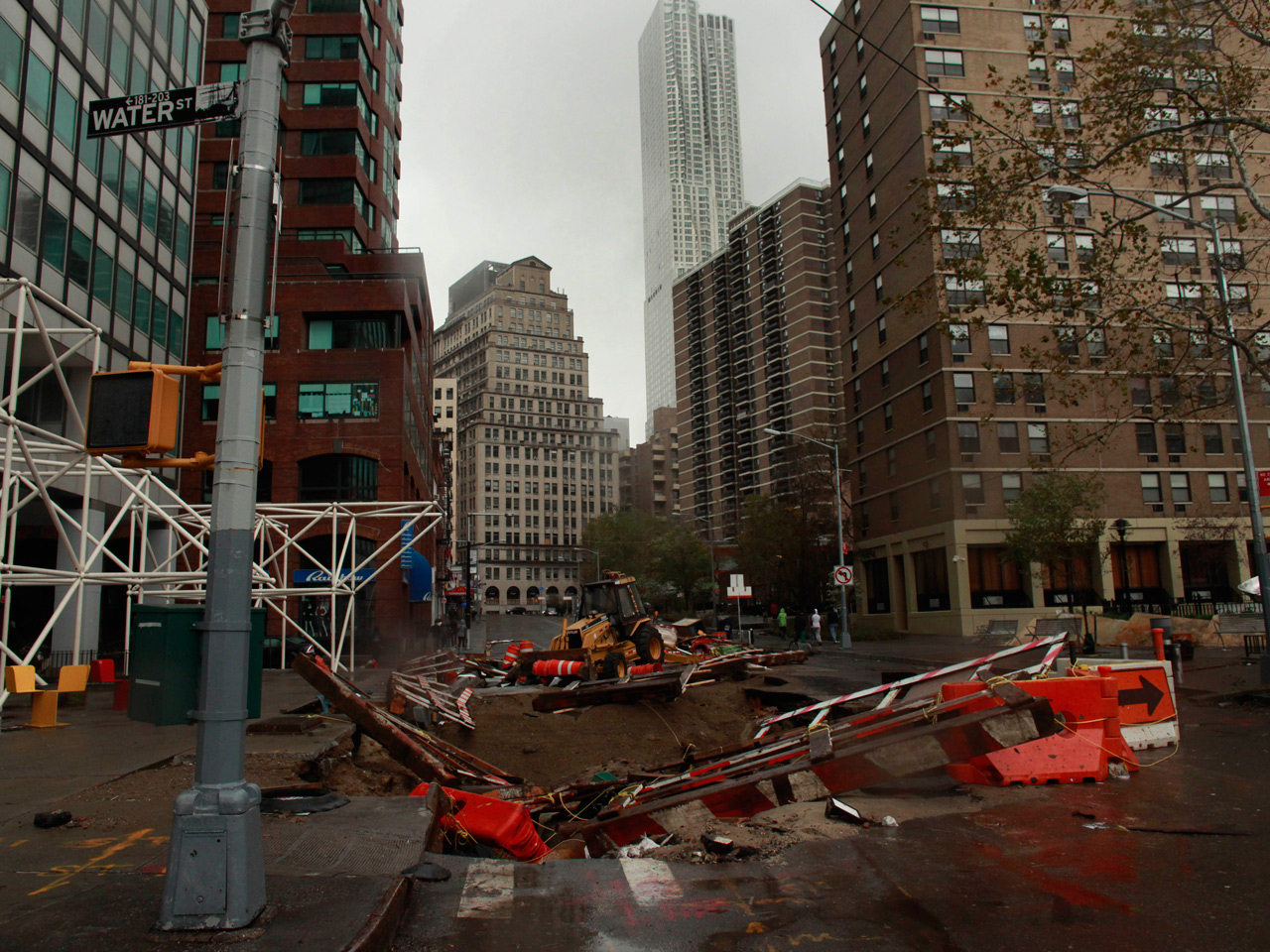 (Moneywatch) Even before superstorm Sandy had slammed into the East Coast, Kirk Roberts started to look for more workers.

"I just recorded a radio ad to run in two of the localities we serve for pumping material back under houses to replace sand that's washed away by storm surges," said Roberts, who runs Concrete Jack -- a family-owned business in Williamsburg, Va. "So if things go well, we'll definitely hire to fill our open position and potentially add additional labor to allow for increased capacity."

Indeed, Sandy is already providing at least a temporary boost in employment. The advance warnings about the storm gave utility companies time to start hiring crews from subcontractors to help restore power and telephone service. The uptick in business activity is likely to extend beyond the hardest-hit regions and those directly involved in the clean-up.

For example, Wisconsin manufacturers Briggs & Stratton Corp., Kohler Power Systems and Generac Power Systems already sent generators of all sizes to the East Coast, ready to be dispatched where they are needed. That increased demand could spur hiring at the companies or result in more hours for employees already on the payroll.

"This storm is going to be a shot in the arm economically speaking," said Jim Angleton of AEGIS FinServ, which helps companies issue pre-paid debit and credit cards. "This storm and its damage, power loss and huge inconvenience will actually be beneficial in less than seven days."

Research firm Capital Economics said the initial impact on the U.S. economy could be large. The 12 New England and Mid-Atlantic states affected by the storm account for nearly a quarter of the nation's economic output, with the New York metropolitan area alone contributing 10 percent of GDP. But firm chief economist Paul Ashworth expects the recovery effort to largely offset the hit to growth.

"The flooding and power outages across large parts of the East Coast mean that Hurricane Sandy will undoubtedly hit economic output in the short-term," he said in a report. "Some of that output will be made up before the end of the current quarter, however, and when we factor in the boost to GDP growth from the clean-up, the overall economic impact is likely to be very modest."

Angleton, who bases his prediction on his own experience living and working in the hurricane magnet of south Florida, expects Sandy to result in more business for a range of companies, including:

Other analysts expect retail stores to see a Sandy-related uptick in business well into November. That could boost employment because, despite the storm's enormous size, it did not cause the kind of devastation that trailed Hurricane Katrina along the Gulf Coast in 2005.

According to a study by the Financial Times, the hurricanes that year -- Katrina, Rita and Wilma -- increased jobless claims in the region by 46,000, caused a 19 percent drop in regional consumer confidence and slowed industrial production by 1.1 percent. Yet hurricane season the previous year, which had a large number of far less-damaging storms, saw a drop in jobless claims and an increase in production.

That said, the economic benefits for the East Coast will last only as long as the clean-up does.

The Storm after the Storm
More
Constantine von Hoffman