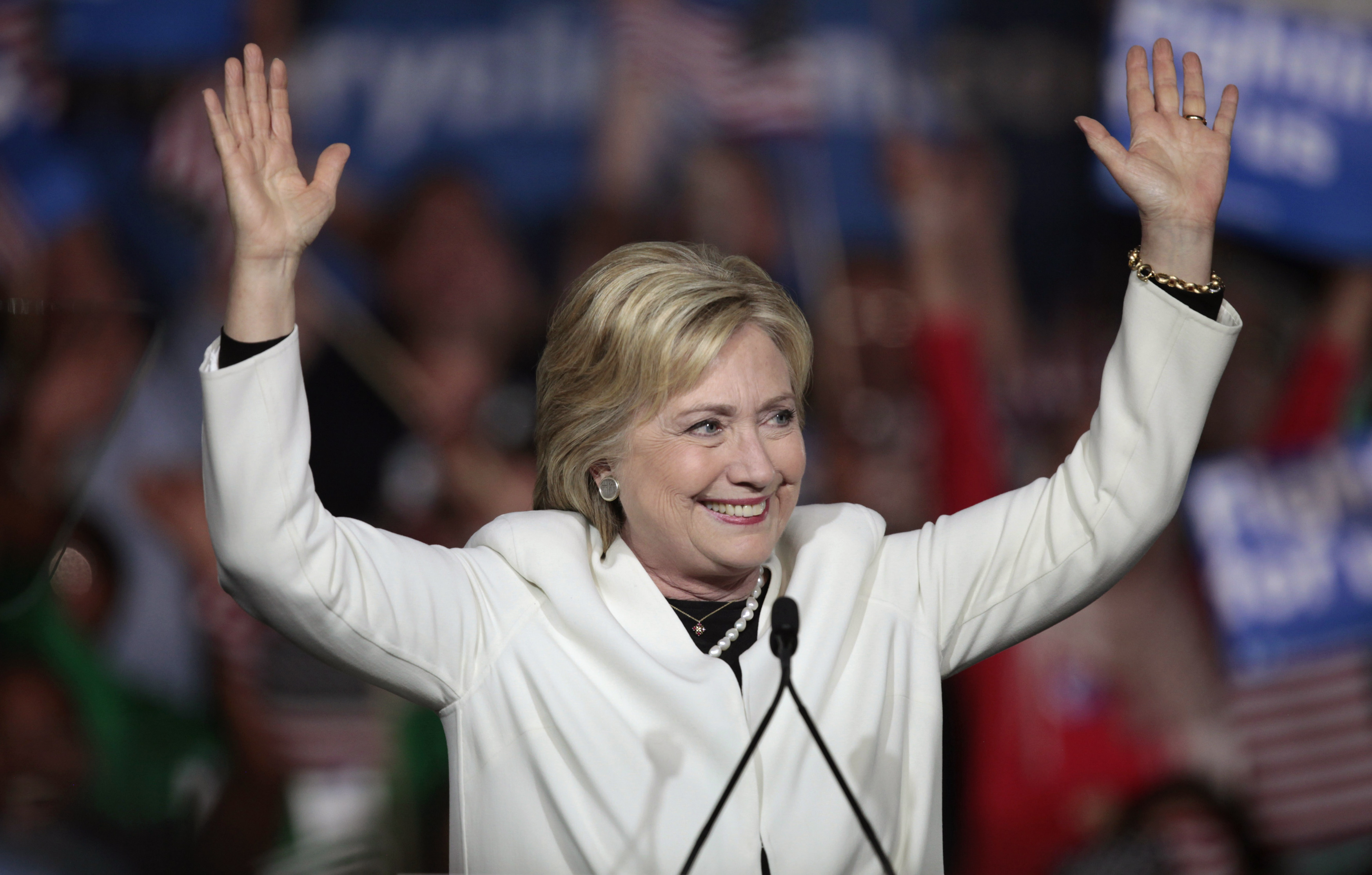 Hillary Clinton stepped on stage in Miami at her Super Tuesday victory event just after 9 p.m. Tuesday night, when she had already won five states.

"What a super Tuesday!" she exclaimed. She would go on to win two more later that night.

Super Tuesday was indeed a pivotal day for Clinton, who by winning seven states out of 11, notched all the victories she needed to in order to pull strongly ahead in the delegate race and make the case that she will be the eventual Democratic nominee. She even picked up one state her campaign wasn't expecting to win: Massachusetts.

On the biggest voting day of the primary season, Clinton defeated Vermont Sen. Bernie Sanders across the South, racking up large double-digit victories in Alabama, Arkansas, Georgia and Tennessee. She won the general-election swing state of Virginia. Her wide margins of victory in delegate-rich places like Texas and Georgia will help the former secretary of State pull even further ahead in the delegate count, making it difficult for Sanders to catch up delegate-wise going forward.

An especially big victory for Clinton was in Massachusetts, which is virtually Sanders's backyard. With 100 percent of precincts reporting, Clinton led Sanders by 2 points in the state, winning by about 25,000 votes.

Sanders, by contrast, won in four states: Vermont, his home state, as well as Oklahoma, Colorado and Minnesota. Those four states, along with Massachusetts, were where his campaign had invested significant resources or put television advertisements on the air.

The results Tuesday night confirmed Clinton's strengths -- and Sanders's weaknesses -- carry over from the first four states, reinforcing her campaign's argument that she is the Democrat who can win in diverse states across the map. Among African Americans and Latinos, for example, she won by huge double-digit margins. She also did well among older voters, which tend to make up a larger share of the electorate than young voters do.

And after the back-and-forth between the Clinton and Sanders campaigns over who really won the Latino vote in Nevada, the first state where the demographics played a major role, Tuesday night's results suggests Clinton holds the edge with Latino voters. In Texas, for example, exit polling found Clinton winning the demographic 71 percent to 29 percent.

Sanders's strengths, by contrast, remain among young voters and in states that are smaller, whiter or hold caucuses instead of primaries. While there certainly still are some of those states on the map going forward, the opportunities for Sanders to rack up victories in similar places are waning.

Similar to his success among young voters in the first four contests, Sanders swept 17- to 29-year olds across the map Tuesday night: he won among that age group in every state except Alabama (where Clinton won overall by 60 points, 78 percent to 18 percent). In Oklahoma, where he won overall, his margin with young voters was 82-17; even in Georgia, where Clinton won the overall vote by more than 40 points, exit polls found Sanders took young voters by a 55-42 margin.

Despite the clear delegate edge for Clinton, who has now won 10 of the first 15 states to vote, Sanders is giving no indication that his campaign will slow down after Super Tuesday, making it difficult for Clinton to wrap up the nomination and focus her full attention on Donald Trump and the Republicans. Already, since her Feb. 27 victory in South Carolina, Clinton has taken on a much more general-election message, shifting away from the pointed comments about Sanders that have been part of her repertoire in the lead-up to the first four contests.

Still, for Sanders, winning four of the five states his campaign was targeting gives him an argument for continuing his campaign further into the calendar. The Vermont senator's success in places like Colorado and Minnesota, both of which use the caucus system, bodes well for him in several early March contests on the horizon: Kansas and Nebraska hold caucuses on March 5, for example, and Maine holds caucuses on March 6.

Speaking at a rally in Vermont Tuesday night, shortly after projections found him winning the state, Sanders noted that proportional delegate allocation means he'll still rack up "hundreds" of Super Tuesday delegates--and noted that only a small handful of states have had their say.

And earlier in the day, while voting in Burlington, Vermont, Sanders told reporters: "This is a campaign that is going to the Philadelphia convention in July."