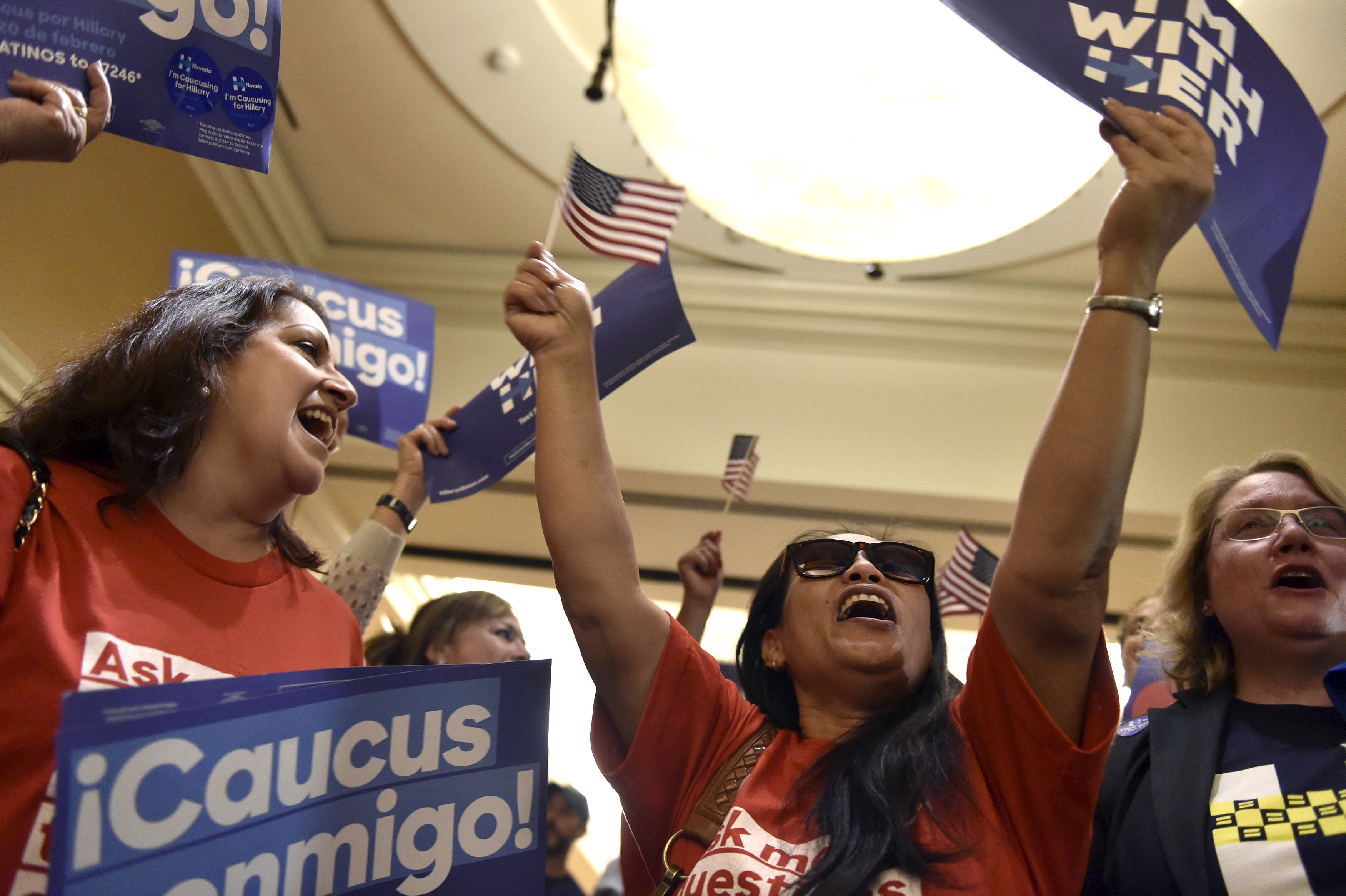 Who won the Latino vote in Nevada on Saturday?

That's the source of an intense back-and-forth between the campaigns of Democrats Hillary Clinton and Bernie Sanders, both of whom argue that their candidate was the one to win among the key Democratic demographic.

Entrance polling data from the caucuses on Saturday -- responses collected from a sample of actual caucus-goers as they're entering their voting sites -- found Sanders with the edge among Latino voters. According to that data, he won the demographic 53 percent to 45 percent; Latino voters made up 19 percent of the total caucus electorate.

Sanders pointed to the entrance polls repeatedly when he made the rounds Sunday. "I would point out...that just yesterday to the best of my knowledge, we actually won the Latino vote in Nevada," he said on CBS' "Face the Nation." "That is a major breakthrough for us in reaching out to a diverse nation."

But Clinton's team argues that the entrance polling doesn't do a good job of accurately representing Latino voters -- and that Clinton, who won in heavily Latino areas of the state, actually prevailed among that particular group. The Clinton campaign points to results from precincts in the state in which Latino voters are the majority -- many of which are in Las Vegas' Clark County. Clinton won Clark county overall by about 10 points, 55 percent to 45 percent. She also did particularly well in the areas surrounding the Las Vegas Strip, which is also heavily Latino.

"In the 22 Latino-majority precincts in NV that have reported results so far, Hillary Clinton has won 60 percent of the delegates," Clinton spokesman Brian Fallon tweeted that night.

Given how low turnout typically is in the Nevada caucuses--just over 84,000 people turned out on Saturday, an almost 30 percent drop since 2008--it's hard to know how the overall demographics of a particular precinct or county translate into who actually shows up to vote in that precinct. The fact that a precinct is heavily Latino doesn't necessarily mean that the voters who showed up to the caucuses from that precinct reflect that same demographic breakdown.

But some argue that entrance and exit polls can have a harder time representing smaller populations or groups that live in more concentrated areas.

Given the importance of minority voters in the Democratic primary--and the Clinton campaign's argument that she is the only candidate who can win among Latinos and African Americans--expect to hear a lot more about these issues as Super Tuesday approaches.