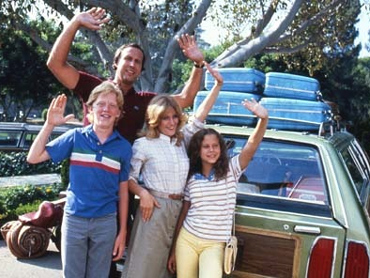 The economic slump has prices for Super Bowl commercial time falling for only the second time in its history, but it is still the most expensive on television.

TNS Media Intelligence said Monday that 30-second commercials during next month's Super Bowl on CBS are selling for between $2.5 million and $2.8 million. That's a drop from last year, when ads averaged $3 million on NBC - a record, according to TNS.

Some big players like Pepsi and General Motors are staying on the sidelines. This leaves holes for smaller companies like Diamond Foods and Dr Pepper Snapple to use the Super Bowl to get their wares in front of 100 million viewers who are practically guaranteed to watch their ads.

It's unclear how much revenue Super Bowl advertising will generate for CBS. As of Friday, only four of the 62 commercial slots remained to be sold. While not conceding that ad rates have slipped, CBS said the pace of sales has been better than it was for NBC a year ago.

"We believe our pricing is similar and believe we are in a better sellout position than they were at this time going into the game," John Bogusz, executive vice president of sports sales and marketing for CBS Television, said.

CBS won't say what it paid for the rights to the Super Bowl. The three networks that now alternate carrying the game - CBS, NBC and Fox - get it in a package along with the games they broadcast through the football season.

NBC Universal has said it expects to lose money televising the Winter Olympics next month, mainly from the $820 million the company paid for the rights to the games. The company has said advertising sales were soft for much of past year, but they have increased as the Olympics draw near.

In economic downturns, companies are more likely to buy Super Bowl advertising when they want to make an impact by jumpstarting a brand or introducing themselves, said Tim Calkins, a marketing professor at Kellogg School of Management. But it's an expensive proposition for companies like Pepsi and FedEx that would otherwise use the game to simply remind people they're still out there.

He said it's encouraging most of the slots have been filled.

"In a way, Super Bowl advertisers are acting like people are acting in the economy, which is they'll buy only if there's a deal," he said. "If the price is right, people will step up."

One advertiser lured in for the first time was vacation-rental Web site HomeAway.

"We certainly had a hunch that it wasn't going to be massively overpriced versus last year. We had a hunch there'd be some wiggle room," said CEO Brian Sharples, whose company will advertise during the third quarter of the Feb. 7 game.

The 5-year-old company is spending "many millions" to kick off a yearlong campaign. Its commercial brings back Chevy Chase and Beverly D'Angelo in their roles as the quirky, traveling Griswold family from the movie "National Lampoon's Vacation." HomeAway paid an undisclosed sum for the rights to the movie from Warner Brothers and spent nearly $1 million to upgrade its technology to handle what may be one million hits on Homeaway.com after the ad airs.

About 20 to 25 percent of each year's Super Bowl advertisers are new, according to TNS. The average tenure for advertisers is three to four years before dropping out.

Some return, like Diamond Foods, which last advertised in the Super Bowl in 2007. It's coming back this year with one commercial featuring Emerald Nuts and Pop Secret, a brand it bought from General Mills Inc. in 2008.

Big money is at stake. From 1990 through last year, the Super Bowl game has generated $2.17 billion of network sales including 1,400 commercials from 210 advertisers, TNS said.

The 2009 Super Bowl brought in $213 million in advertising revenue - just for ads airing during the game, not pregame or post game. That was a 14 percent increase from the previous year's $186.3 million, when the average 30-second slot cost $2.7 million.

The only other year that prices declined was from 2006 to 2007, when 30-second slots dropped from $2.5 million to just under $2.4 million, TNS said. Prices first crossed the million-dollar threshold in 1995, and then $2 million just five years later.

For the first time in 23 years, PepsiCo Inc. won't advertise its Pepsi brand or any other beverages during the game, shifting its ad dollars instead to a new, mostly online marketing effort. But its snack unit, Frito-Lay, will have Doritos commercials in the game.

GM dropped out last year as it teetered on the edge of a bankruptcy that came in June. It had advertised in 11 of the previous 12 years.