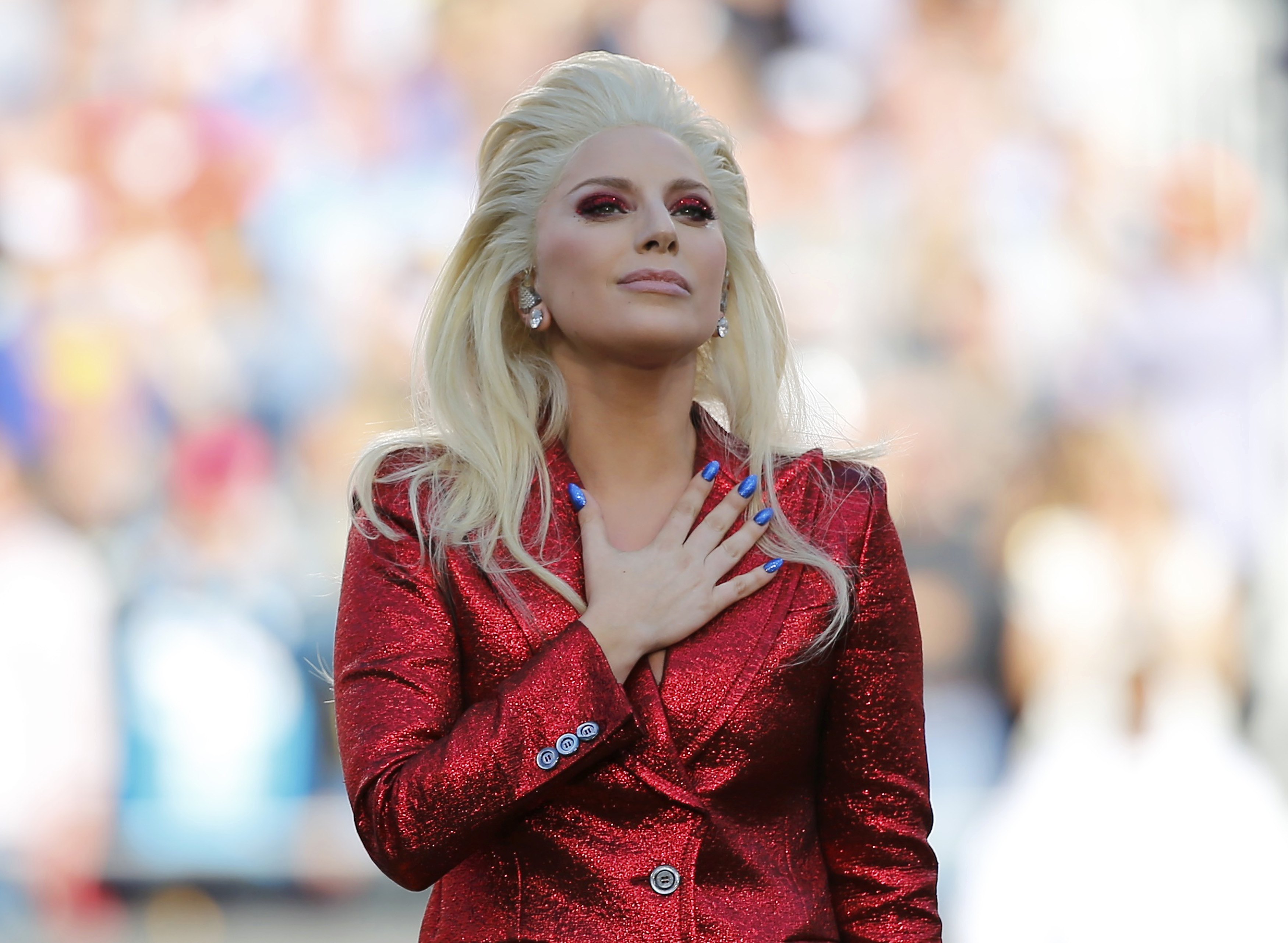 There were no blowout theatrics involved when Lady Gaga took the stage at Super Bowl 50; the pop star simply wore a sparkly red suit and red, white and blue shoes as she sang a traditional arrangement of the national anthem to open the game.

But the verdict is in, and Gaga's Hollywood and musician peers say the pop star killed it with her performance.

Celebrities ranging from rocker Gene Simmons to model Gigi Hadid praised the singer for her rendition of the "Star-Spangled Banner," with stars saying they had "chills" and "goosebumps" after seeing the singer at Levi Stadium in Santa Clara, California.

Gaga has a busy month; next up, she will be singing a tribute to David Bowie at the Grammys.