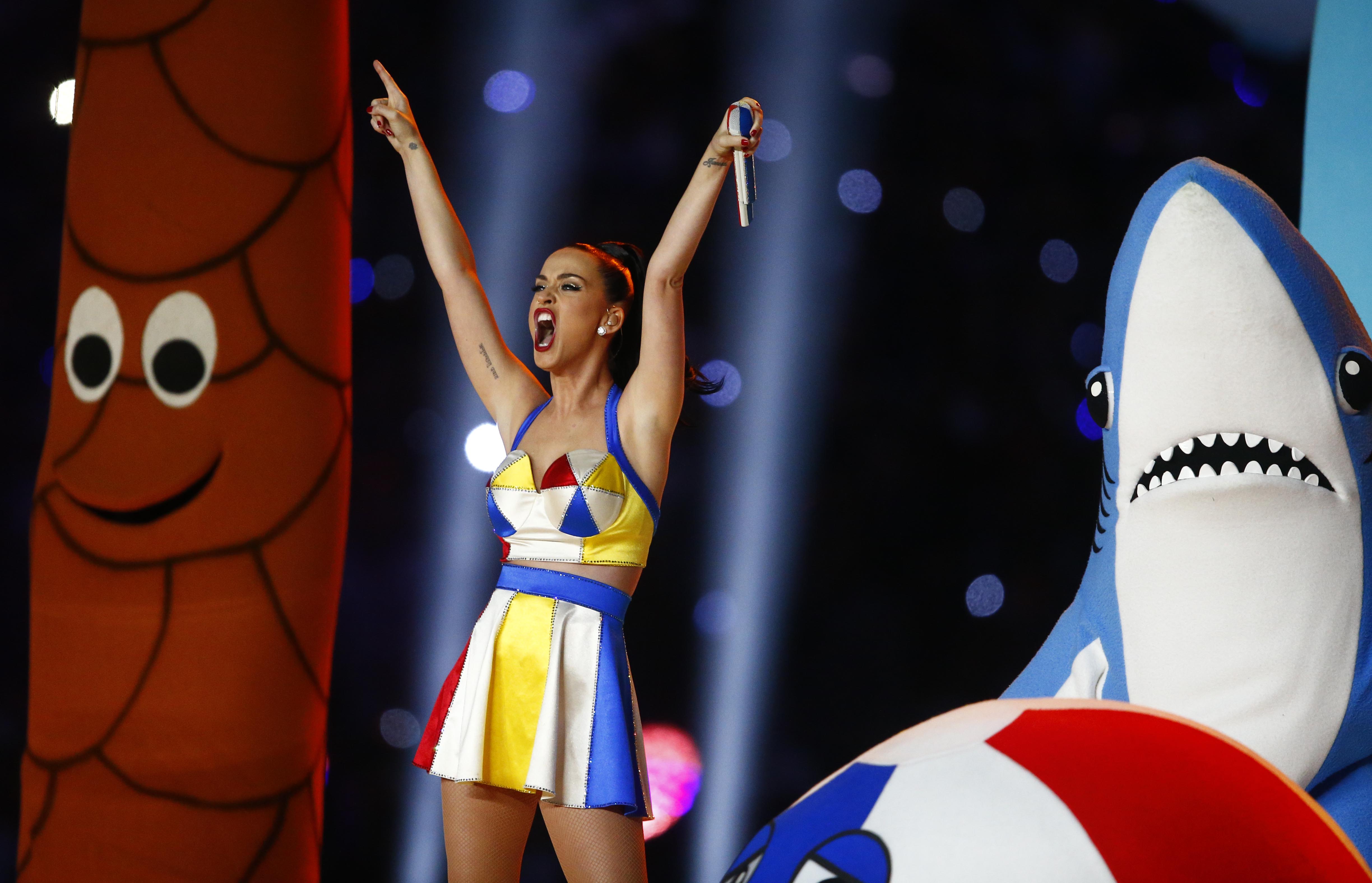 Katy Perry danced with sharks, soared over the field and won us over with her Super Bowl halftime show on Sunday at the University of Phoenix Stadium in Glendale, Arizona.

Prior to the 12-minute performance the 30-year-old pop star said, "I just hope that at the end of the day, over 100 million people are all smiling in unison."

The production-heavy, star-studded performance had a lot a great moments.

Here, we tally up a few of our favorites moments that took place during Perry's six-song medley of hits:

Always up for campy, quirky music videos, Perry never fails to switch things up -- this time hanging with dancing sharks!

Rumored guest performer Missy Elliot steps out for a medley of her hit songs, which found us bouncing in our seats: "Get Your Freak On," "Lose Control" and "Work It." These tracks sounded super fresh, but in reality they came out between 10 and 15 years ago. Anyone else feel old?

The performance was apparently an emotional moment for the rapper:

What can we say? Lenny Kravitz not only increased the halftime show's cool factor -- but also the sexy one, too. At 50 years old, Kravitz still looks -- and sounds -- great. Everyone expected a guitar solo from the rocker, but he surprised us when he took the mic for "I Kissed A Girl."

4. Katy Perry soars above the crowd

The California native ended her halftime performance by flying in the air across the field while singing "Firework." Hold on tight, Katy!

The pop star sure knows how to make an entrance, showing up onstage on a giant animatronic metallic lion while wearing a yellow and orange flame-inspired outfit. We were so-so on the costume, but enjoyed the start of the show all the same.

And it looks like we know how Perry spent the rest of the evening -- with her on-again, off-again beau, John Mayer:

Tell us: What was your favorite moment from the Super Bowl halftime performance?