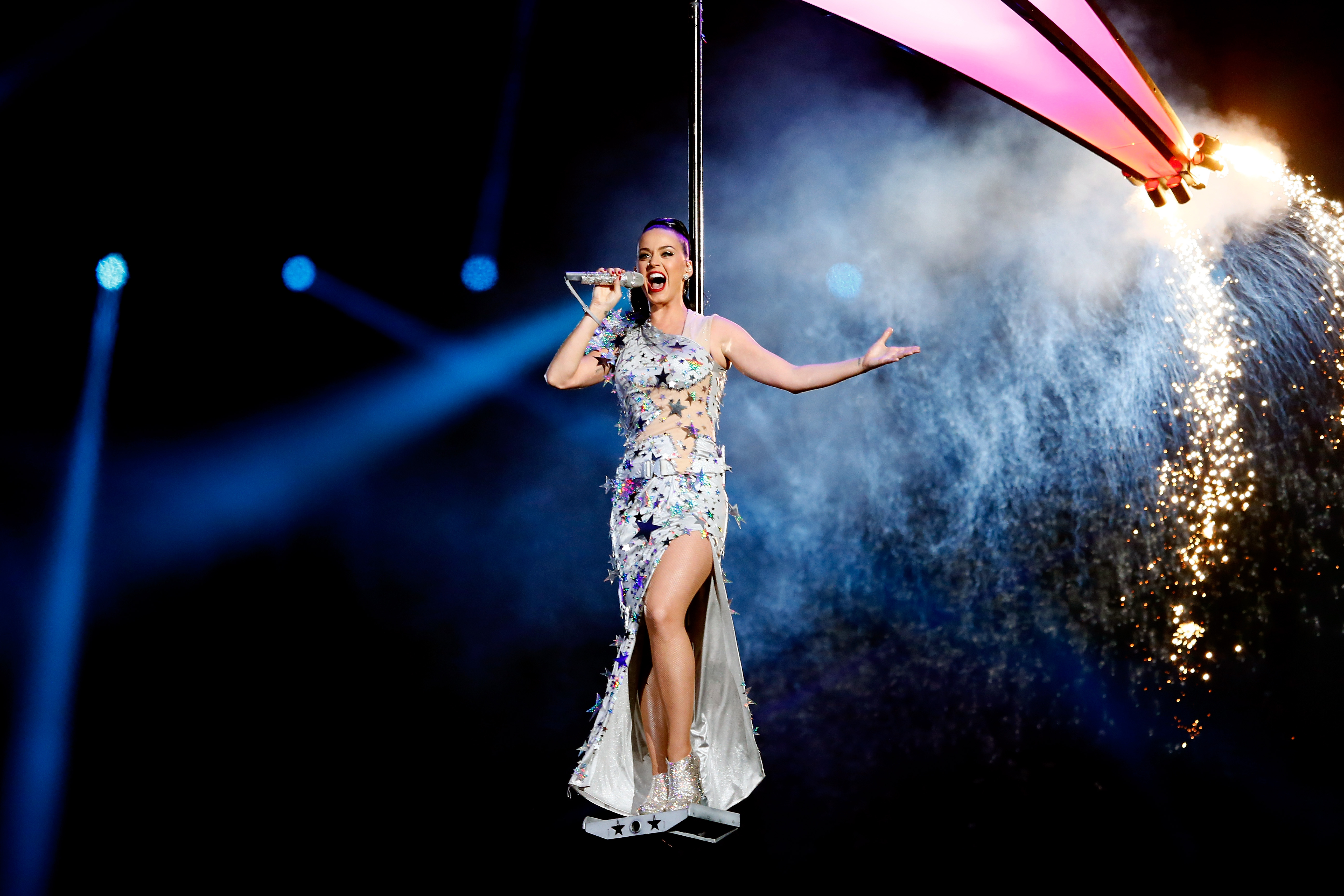 She arrived on an animatronic lion sporting a dress that resembled flames to sing her hit song "Roar." Her playful version of "Teenage Dream" featured a bevy of fun, dancing characters (sharks included). Soon, Perry upped the "cool" factor with Lenny Kravitz, who briefly joined on "I Kissed a Girl." Not only did he play guitar, but Kravitz also sang Perry's 2008 hit.

Prior to the halftime, Kravitz had tweeted:

Missy Elliot followed with a string of her hits, including "Work It" and "Get Ur Freak On."

Perry wrapped Super Bowl halftime on a high note -- soaring over the crowd -- fireworks and all.

Perry, 30, said ahead of Sunday that she was closely involved with the halftime performance details: "There is not a diamond on the shoe that has not gone past my eyes...I feel that in some ways it's a spiritual experience for me..."I just hope that at the end of the day, over 100 million people are all smiling in unison."

Ahead of the game, both John Legend and Idina Menzel performed.

Tell us: What did you think of Super Bowl halftime?